A new study has found that the lockdowns imposed due to the Covid-19 pandemic have improved India’s air quality.

“The lockdown provided a natural experiment"

A new study has found that the Covid-19 lockdown has led to an improvement in India’s air quality.

The study also found a reduction in land surface temperatures in major urban areas across India.

According to the study, a decrease in industrial activities and travel has resulted in a significant improvement to India’s air quality.

Data for the study came from a range of Earth Observation sensors to measure changes in surface temperature and atmospheric pollutions.

Information from the European Space Agency’s Sentenial-5p and NASA’s MODIS sensors contributed to the study.

They compared the data from the lockdown between March 2020 and May 2021 with pre-pandemic years.

The research showed a large reduction in Nitrogen Dioxide (NO2), which cause an average decrease of 12% throughout India.

There was a 40% reduction over New Delhi alone. 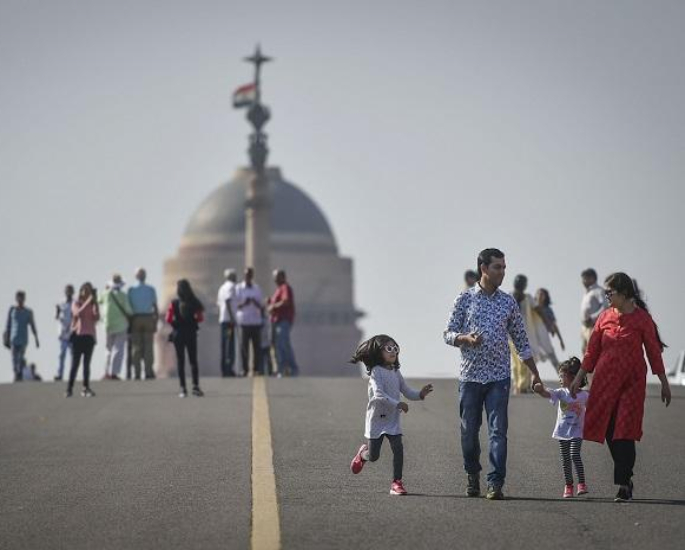 The study also found that the Land Surface Temperature (LST) over India’s major cities declined during the lockdown.

Scientists found day temperatures decreased by up to 1°, and up to 2° at night.

“The lockdown provided a natural experiment to understand the coupling between urbanisation and local microclimate.

“We clearly observed that reduction in atmospheric pollutants (due to reduction in anthropogenic activity during lockdown) resulted in a decrease in the local day and night-time temperature.

“This is an important finding to feed into the planning for sustainable urban development.”

As well as LST, the atmospheric fluxes at the surface and top of the atmosphere also declined over India’s most urban areas.

The decrease in greenhouse gases in the air played a major role in both the land and near-surface temperature reductions.

Dr Bikash Parida of the Central University of Jharkhand said:

“Aerosol optical depth (AOD) and absorption AOD showed a significant reduction which could be connected with the reduction in the emission sources across India during the lockdown.

“Moreover, in central India, increases in AOD were attributed to the supply of dust aerosols transported from the western Thar desert region.”

Dr Gareth Roberts from the University of Southampton added:

“Satellite instruments play a vital role in acquiring information on the Earth’s environment in a timely manner.

“This study has illustrated the importance of Earth Observation data for monitoring changes in the atmospheric pollutants, which are a significant health risk, and in highlighting the impact that anthropogenic activities have on regional air quality.”

India’s lack of clean air has a dramatic effect on the health of its population.

In India alone, around 16,000 premature deaths occur annually as a result of the country’s air quality.

It was also found that South Asian women are more likely to have miscarriages due to pollution.