Is Amir Khan fighting Manny Pacquiao or Not?

There have been reports that Amir Khan will fight Manny Pacquiao, however, other sources have said that a deal has not taken place.

"Hopefully, it's gonna be true that it'll be Manny Pacquiao."

Amir Khan has been lobbying for a fight against Manny Pacquiao for several years but the fight never came to fruition.

But after his win on July 12, 2019, Khan has said that he will be fighting Pacquiao next.

The Bolton-born boxer said that the fight against ‘Pac-Man’ has been signed for November 8, 2019, in Saudi Arabia.

However, when asked about it, the Filipino boxer simply shook his head, letting the media know that the fight is not happening.

In response, Khan said that Pacquiao has indeed signed for the bout.

Khan said: “If it’s not done, I’m the one that’s gonna be looking stupid. Super Boxing League say they have signatures.”

Pacquiao takes on American Keith Thurman on July 20, 2019, and Khan wished him luck.

“I am gonna be fighting regardless in Riyadh on November 8th. Hopefully, it’s gonna be true that it’ll be Manny Pacquiao.

“Fingers crossed it is Manny Pacquiao and we wish him all the best in the Keith Thurman fight and hopefully, there will be an announcement from Manny.” 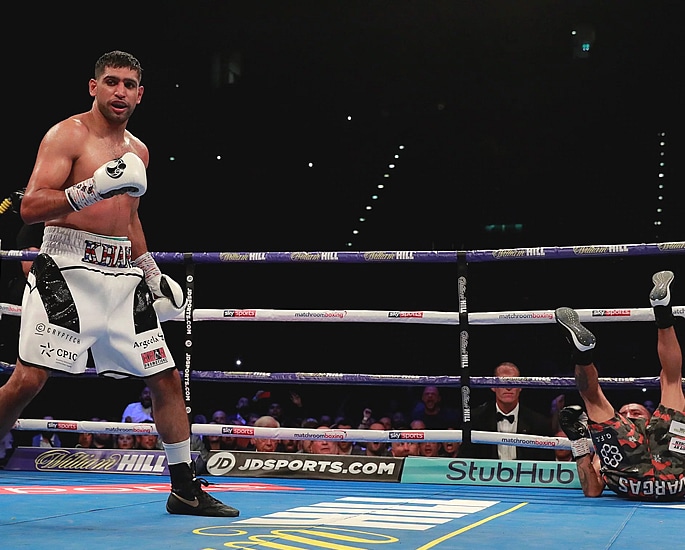 It is unclear why Pacquiao would deny signing for a fight as he is someone who is open when talking about fights.

Fans are also wondering why Khan would say Pacquiao has signed a fight with him when he has not done so.

If a deal has been made, an announcement could prompt more boxing fans to buy Manny’s pay-per-view match against Thurman.

Fred Sternberg, Pacquiao’s spokesperson, stated that he is unaware of a signed contract between the two fighters:

“Manny has not signed any contract. As far as I know, it hasn’t been even discussed.”

“He’s been in training camp for the past eight weeks, four in the Philippines and four in the States, and he hasn’t met with Amir Khan during that time. That’s a question you need to ask Amir Khan.”

Khan has said he will still fight on the date even if the legendary boxer is not his opponent. 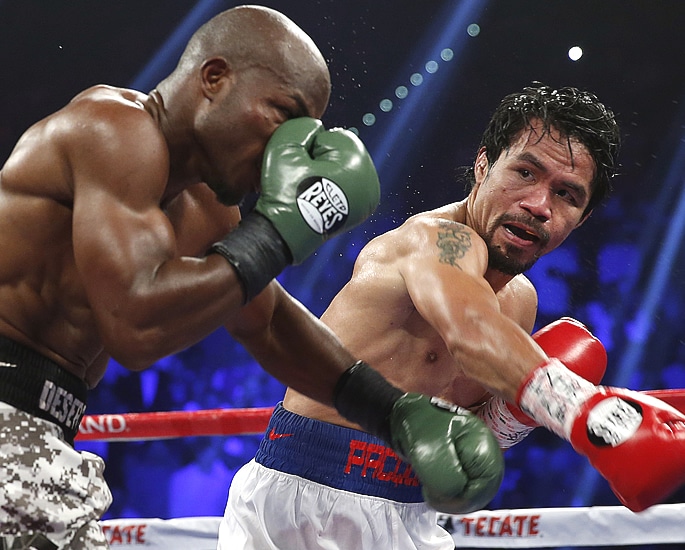 While fans have been wanting to see a showdown between Khan and Kell Brook, it is unlikely that an all-British clash would take place in Saudi Arabia.

Amir Khan last fought Australian Billy Dibb in Jeddah, Saudi Arabia and defeated him in four rounds. It was reported that he earned £7 million for the fight.

Khan had an unsuccessful title shot against Terence Crawford in April 2019 where it ended in the sixth round in bizarre circumstances.

After being hit with a low blow, Khan could not continue. It left fans angry, with many saying that Khan had quit.

The boxer later claimed his corner were the ones responsible for pulling him out of the fight.

As for the potential fight against Manny Pacquiao, it is unclear if the fight is happening as Khan has said it is while Manny has said that no contract has been signed.