Birmingham’s International Dance Festival has been a roaring success. A month long feature, the festival has invited people from all races, talents and backgrounds to participate in a multitude of dance shows, workshops and impromptu sessions.

"Together we can really show how much culture, passion and talent the Midlands has to offer."

One of the biggest in Europe, the International Dance Festival Birmingham (IDFB) culminates a multitude of dance shows and workshops in and around Birmingham.

This is the fourth year that the vibrant festival has brought us the much needed cheer we look forward to whilst heading towards warmer weather.

With a variety of performances not just limited to indoor spaces but also on the streets of Birmingham, locals have had the chance to engage with and experience new types of dance they would not ordinarily know. 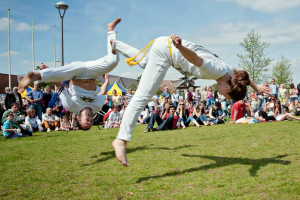 Each week saw ‘Paint The Town Red’ events dotted across the city. Taking place anywhere and everywhere, the free dance sessions were a great chance for locals to mingle and learn new types of dance like swing and lindy-hop, tango, Capoeira, jazz fusion and house.

The sessions across the four weeks included a Brazilian street party, ‘a midnight tango milonga, a swing party, and a footwork fusion dance night’.

Through four weeks of breath-taking international dance, IDFB has inspired local pride and has played a powerful role in celebrating Birmingham as a world centre of dance, and a diverse, vibrant and dynamic creative city. IDFB also benefits the local economy and has placed Birmingham (usually shadowed by vibrant London), in both the spotlight and on the international radar. 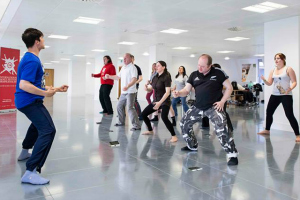 Highlights of the month-long festival included the Haka performance, which was led by New Zealander, Corey Baker. The Haka workshop allowed others to join the professionals in a mass Haka performance with a native M?ori performance.

A once in a lifetime opportunity, such a performance can be only be really experienced in New Zealand or Hawaii. The event also included workshops with, ‘A Haka Day Out’ encouraging schools and universities to join in.

Birmingham being one of the most multicultural cities, also saw great success with Luca Silvestrini’s Protein Border Tales. The piece focused on multi-cultural living in the UK as seen through the eyes of the characters on stage.

Choreographer, Luca is known for his wit and satire. Using clever thought-out mannerisms and dance styles, he manages to evoke the inner opinions of the audience and make them think about their own perceptions of each other and themselves. 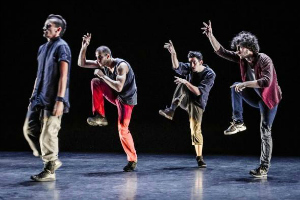 An established Associate Artist at DanceXchange, Luca also led a ‘professional development day’ that engaged local communities to talk about dance. Age is not a barrier and it is suitable for everyone; Protein also led an over 50’s workshop to encourage older generations to participate.

Getting into World Cup spirit, the Rebel Spirit: Brazilian Club Night saw live bands and artists perform alongside DJ’s. The event was hosted by Jota III and DJ Feva, stars of the Brazilian reggae and hip hop world. Together, they presented some of the best selections from Birmingham’s underground music scene.

Alongside, great music, IDFB also saw a great assortment of dancing talent from across the world. This included Alias, who preformed Sideways Rain, and a Canadian production of Replica, a unique take on Shakespeare’s The Tempest.

Adding a much needed Desi touch was South Asian dancer, Aakash Odedra. Aakash has trained in the classical Indian dances, Kathak and Bharatnatyam.

His two performances, Murmur and Inked gave a spectacular insight into a dyslexic young British Asian’s perspective both on life and his surroundings. By taking his classical training, he contemporises them creating an Eastern and Western fusion.

His performances were aided by the Austrian digital arts organisation, Ars Electronica that provided a perfectly provoking backdrop for Aakash to set the stage.

The final four nights of the festival saw B-Town in Victoria Square. The finale saw an incredible battle between b-boy dances from across the world, including World Champions, Morning of Owl from Korea and Funkstylerz UK. 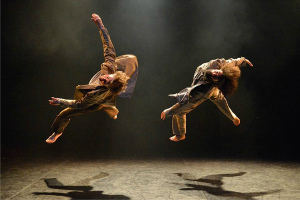 With so many unique performance and shows on offer, the IDFB was an undeniable success and showcased the incredible talents that can be found not only locally, but in every corner of the world.

Speaking before the festival began, Co-Artistic Director of IDFB 2014, David Massingham said: “We are thrilled to premiere so much new work in the festival and to feature the work of both hugely established names, such as Sylvie Guillem and Mathew Bourne.

“In addition to giving a platform to exciting new choreographic talent, like Kit Holder and Alexander Whitley, whose dance careers really took off in Birmingham. Together we can really show how much culture, passion and talent the Midlands has to offer.”

The festival has enabled audiences to see a vast array of stimulating international work that would otherwise be out of reach for them. Anyone who likes to dance or has a creative bone in their body that is attuned to music will know the significance and joy that a good dance performance can bring to both the performer and the audience.

With Birmingham now emerging as a leading contender of world dance ad celebration, the International Dance Festival Birmingham can only continue to go from strength to strength.

After a short stunt on stage, Archana decided to spend some quality time with her family. Creativity accompanied with an aptitude to connect to others got her to write. Her self motto is: “Humour, humanity and love is what we all need.”
Diljit Dosanjh ~ Star of Punjab
Biba Singh ~ The Singing Doctor