The world famous Jaipur Literature Festival held a two-day event in the US on September 19-20, 2015, where arts, literature and music took over Colorado.

“Vijay Seshadri giving a brilliant brief history of the idea of genius and the poetic imagination.”

After continuous success over the years in India, the annual ZEE Jaipur Literature Festival (JLF) has taken the US by storm.

JLF brought its cultural festivities to Colorado from September 19 to 20, 2015 at the Boulder Public Library and Civic Lawns.

It played host to more than 40 interactive sessions, including musical performances and workshops featuring renowned artists from the US and around the world.

A number of panels led meaningful discussions with the audience, covering a wide range of topics from migration and poverty to gender and the environment.

To kickstart the festival on Saturday morning, Namita Gokhale and Arshia Sattar presented ‘In Search of Sita: The Indian Woman in Myth and Memory’. 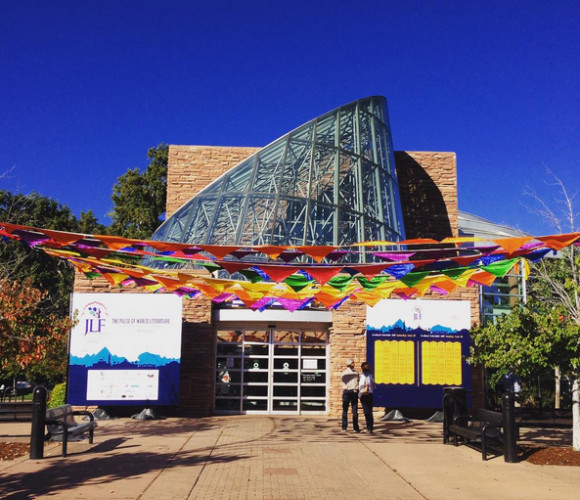 The Indian authors explored the identities of modern Indian women through an interesting conversation, along with a screening of a film on Sita.

A key highlight in the afternoon was when Uday Prakash and Christi Merrill took the stage to celebrate the work of Vijaydan Detha, popularly known as ‘The Shakespeare of Rajasthan’.

First on Sunday’s program was Shabnam Virmani with ‘Morning Music’, which contributed to the strong musical tradition of the ‘World’s Largest Free Literary Festival’.

Check out her performance here:

Live music permeated Boulder throughout the lively festival with delightful performances by various artists, such as Indian percussionist V. Selvaganesh, and violinist and vocalist Kala Ramnath.

One of the most engaging closing events was ‘India: A Billion Aspirations’, which examined ‘the hopes, fears and aspirations of the country’s billion-strong population and the challenges of urbanisation, and the legacy of a colonial past’. 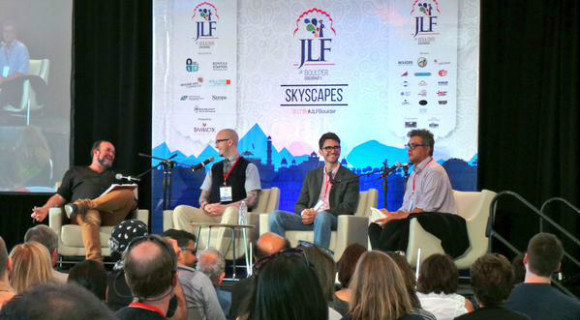 A book and culture-loving crowd aside, Desi writers and speakers also enjoyed a friendly welcome at JLF in Boulder.

William Dalrymple, co-founder of JLF and an acclaimed Scottish historian, praised: “Vijay Seshadri giving a brilliant brief history of the idea of genius and the poetic imagination.”

“It just began & I’m already enjoying the hell out of ‘India: A Billion Aspirations’.”

Since 2006, JLF has been promoting arts and literature by bringing together the most famous and respected writers, artists, musicians, journalists and speakers alike.

It intends to ‘celebrate the Pulse of World Literature’ through giving platform to the powerful stories and voices from across the globe. 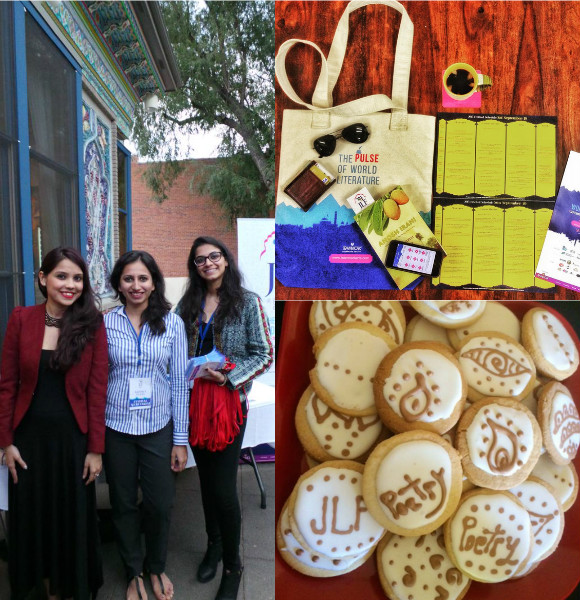 As Namita Gokhale, author and co-director of JLF, says:

“We bring you the spirit of Jaipur…a modest home-grown festival has become one of the largest celebrations of literature anywhere in the world.”

Already a thrilling success in the UK, the Jaipur Literature Festival has clearly found its audience in the US as well.

We hope to see JLF return for a second year and continue to promote South Asian literature on the international stage!