“We can at least hope to change how we think about the problem.”

The world-renowned artists lead a peaceful eight-mile walk to call for ‘human rather than political’ initiatives to address the European refugee crisis.

Dressed in black and carrying a grey blanket to represent the refugees, Ai and Kapoor begin their walk at 10am outside the Royal Academy of Arts in Piccadilly.

Leading a group of 150 people supporting their cause, the artists arrive at Kapoor’s Orbit situated in the Olympic Park at Stratford around 1.30pm.

Taking inspiration from Ai’s famous series of photographs where he raises his middle finger in front of different landmarks including Tiananmen Square, they copy the gesture in a snap as memoir for their march. 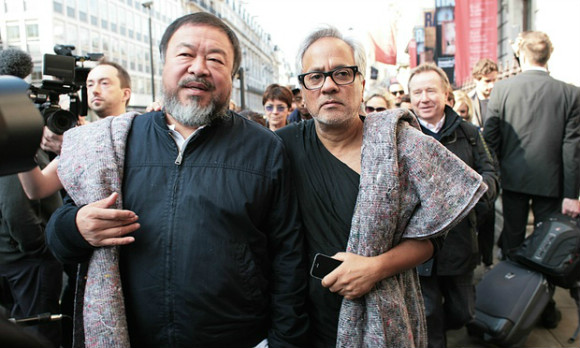 Speaking to the British media, Kapoor urges the governments for more ‘human empathy’ and ‘creative responses’.

He says: “This is a walk of compassion, a walk together as if we were walking to the studio. Peaceful. Quiet. Creative.

“We are demanding creativity of others, recognising that those who leave their country and go on a journey across the water full of danger or who walk hundreds of miles across land are also making a creative act.

“It is important that artists are not outside the equation, we don’t stand on the sidelines.

“Artists are part of the story of a response, we cannot stand aside and let others make the response.”

The ‘vagina’ sculpture artist makes his plead to countries to open up their doors and help the refugees who are desperate for safety, basic amenities and stability.

He adds: “We are trying to do positive action: by opening a certain spirit, a certain poetic space, we can at least hope to change how we think about the problem.” 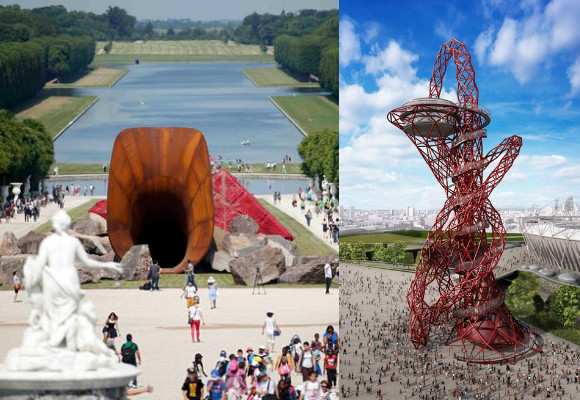 Ai, deemed a political threat by the Chinese government, describes the dire situation as a ‘really human condition’ and calls for more positive approaches.

He says: “We are artists, we are part of the whole situation.

“This problem has such a long history, a human history. We are all refugees somehow, somewhere and at some moment.

“Let us show the world we are involved.” 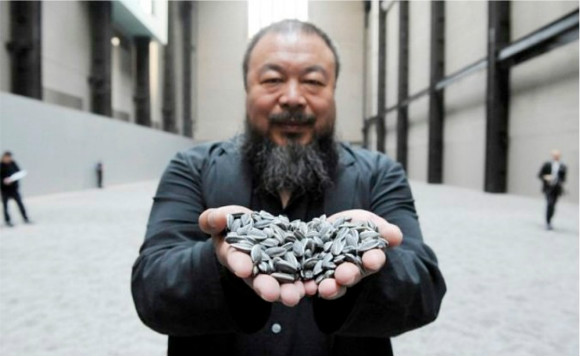 Both artists express they are planning on taking the peaceful protest to other cities around the world in the following months to draw attention to the alarming crisis.

The latest development sees major chaos break out in Croatia, as over 8,900 refugees, mainly Serbians, try to enter the country after Hungary shut its borders.

Migrants from Asian countries, including Pakistan, are also affected by the massive population movement. Around 50 men were involved in a violent clash on the Greek island of Kos in August 2015.

The Europe Union leaders will be meeting in a crisis summit on September 23, 2015 to draw up solutions.