Indian Wife evicted by Husband for Having Five Daughters

An Indian wife from Madhya Pradesh was kicked out of her home by her husband. The reason was due to her having five daughters.

she had been evicted for having daughters.

A case has emerged in which an Indian wife was evicted by her husband for having five daughters. The woman and her five daughters were forced out of their home and told to leave.

Her husband and in-laws became angry that she had not given birth to a son. They allegedly beat the woman before evicting her and her daughters.

However, when she went to complain, the Sub-Divisional Magistrate (SDM) did not listen to her and told her to move out of the house.

The woman ended up telling the Assitant Superintendent (ASP) who advised her to file an FIR at Naugaon Police Station.

The distraught mother was a resident of Chhatarpur, Madhya Pradesh.

On Tuesday, October 1, 2019, the woman and her five daughters had gone to the District Collector to complain but he was unavailable. She instead went to the SDM.

But after explaining her ordeal, the SDM told the woman to move out of the house.

According to the Indian wife, she went with her lawyer to meet SDM KK Pathak after she was unable to meet the Collector and tearfully explained that she had been evicted for having daughters.

SDM Pathak listened to the woman and simply told her lawyer that she should move out before leaving.

The woman then decided to go to the Superintendent’s office.

ASP Jairaj Kubera listened to the woman’s complaint. He discovered that she got married to a man named Haralal Kushwaha. The couple had been married for 12 years. 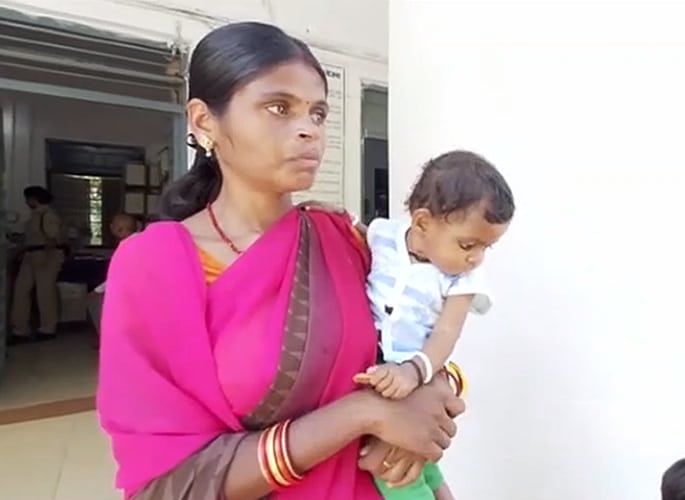 During that time, she had six daughters but one passed away due to an illness.

Haralal allegedly beat his wife for not having a son before evicting her and her daughters from the house.

The woman went on to say that her husband planned to marry a second woman in order to have a son.

This revelation left her in the dark as to where she would live with her daughters especially since she had no money.

ASP Kubera listened to the woman’s complaint and immediately registered an FIR against her husband Haralal.

He directed a police team to take the woman and her children to a property in Naugaon, Uttarakhand, where they would stay under police supervision.

The woman also informed that her daughters were named Neha, Worship, Karisma, Mamta and Muskan.

Having a child is supposed to be a special moment but in India, if it is a daughter, sometimes it is not.

In some households, having a son is like carrying on the family which is why a daughter is seen as a negative. The mother is typically subjected to harassment and even violence for this reason.

Dhiren is a journalism graduate with a passion for gaming, watching films and sports. He also enjoys cooking from time to time. His motto is to “Live life one day at a time.”
Indian Man beaten in Public by Girl’s Family for Harassing Her
Pakistan faces £17m Claim for Seizing Ex-PM’s London Flats