Indian men have taken to flooding Twitter to express their support for their wives after a picture of Vice President Kamala Harris went viral.

"I want more women in office"

A tweet by Indian journalist Barkha Dutt, sharing a warm and fuzzy picture of the US Vice-President-elect Kamala Harris and her husband Doug Emhoff has offended many on Twitter.

The picture, shared by Emhoff after Joe Biden and Kamala Harris were announced as winners of the 2020 elections by leading international news agencies, showed him hugging his wife and was accompanied by the caption “So proud of you.”

Dutt retweeted Emhoff’s tweet with the caption, “Please show me the Indian Man who’d be secure enough to be this man.”

Since ages, men have been considered the heads and breadwinners of the family.

Considering the traditional mindset of many Indian families, men being supportive of female family members has often been looked upon with doubt. As it goes against a patriarchal view.

Please show me the Indian Man who'd be secure enough to be this man. ?? https://t.co/46YsknZY6g

So when Kamala Harris’ husband, Doug Emhoff, said he was proud of his wife for becoming the next Vice President of the United States and shared an adorable picture of the two, some women were sceptical and asked:

Are Indian men as secure and supportive of their wife’s accomplishments as Emhoff?

Surprisingly, what came next were heaps of tweets sharing examples of supportive Indian husbands who stood by their wives like a pillar.

Many sons shared the stories of their own parents, of powerful women supported by their husbands every step of the way:

“My mom is a senior professor , ex Vice chancellor , Dean of an University. My dad is proud of her like all of us .

“I am sorry but surely Indian men’s are as progressive as western men or may be more !

Wrong assumption @BDUTT. Ask my mother @drsatyapandey. She married my father young and was a simple housewife. Papa encouraged her to finish her college and then join @BJP4India .

“She became Mayor of Gorakhpur. Indian men do it, but are too shy to have such photo-op!”

Not only did husbands and sons come to the aid of their gender, but women also pitched in their stories of support as well:

“My husband who is a Doctor himself has been my plinth of support and has encouraged me all along. But he doesn’t go about to propagate it on Social Media.” 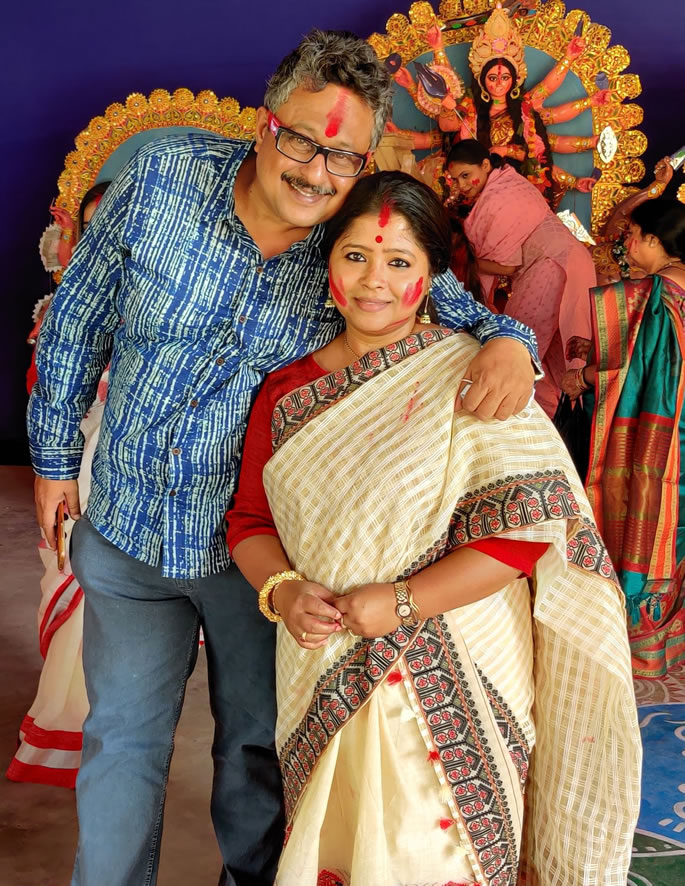 “Here you go @BDUTT. Meet @subhadipbiswas. He has been by my side – as secure as it gets.

“Even if it meant leaving his work and moving to a new country to support me during my #ChancellorFellowship so I could represent my country. It’s been 5 years and he hasn’t changed a bit.”

Whereas, some reminded the world of India’s own powerful female politicians and the husbands that stood by them:

While Indian men have quite a while ago broken the mould of First Gentleman of India, for the United States Vice President Kamala Harris is the first women to hold her position.

As such, her husband Doug Emhoff is to become America’s first-ever second gentleman.

Doug Emhoff, 56, will be will leave his private law practice by Inauguration Day to focus on his role at the White House, according to a spokesperson.

He’s said little so far about how he’ll approach the role and is still working with the transition team on what issues he’ll tackle.

Kim Nalder, a professor of political science who has focused on women and gender at California State University-Sacramento said:

“We’ve been waiting for this sort of gender switch for decades now.”

“There is a lot of symbolism from a man stepping back from his high-powered career in order to support his wife’s career.”

Emhoff has been quoted to say in an interview with the digital site NowThis News:

“I want more women in office, and I want more partners, whoever their partner is, to support them and to provide an opportunity and an environment for success.”

Akanksha is a media graduate, currently pursuing a postgraduate in Journalism. Her passions include current affairs and trends, TV and films, as well as travelling. Her life motto is 'Better an oops than a what if'.
Man arrested after being caught Spiking Date’s Drink
Pakistani Disabled Man found Burnt, Raped and Murdered