A group of Indian men were filmed as Fame presented them with a selection of sexy lingerie items. Prepare yourself for the funniest three minutes of your life!

“I mean these things are freaking my mind out … I just know bra and panties!"

As we might already presume, Indian men’s knowledge of the different types of lingerie out there is pretty limited.

The standard bra and pants they can deal with. But what happens when matters start to get a little risqué?

Fame Fashion took it upon themselves to present Desi men with a selection of female lingerie, from suspenders to g-strings.

Divided into five categories, each male was given just over three minutes to determine the use for certain lingerie items.

Swimming in a sea of sexy underwear, we can confidently say that this was probably the most confusing 3 minutes of their life, and the funniest three minutes of ours.

What are they? Also called hot pants, boy shorts are worn under skirts, short dresses to offer more coverage. 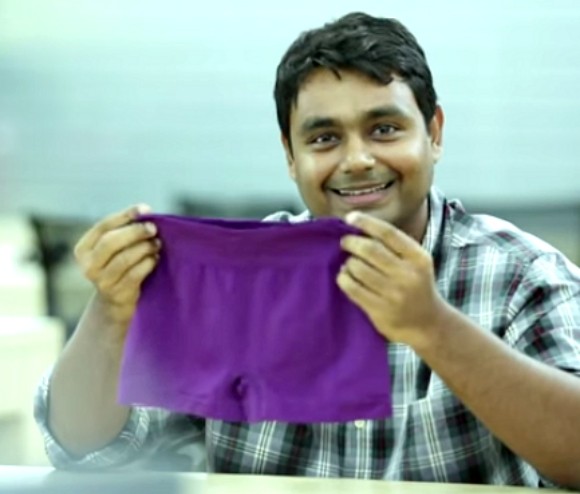 First up was a more basic lingerie concept, Boy Shorts.

But this still stirred up storm between the men, as some thought the item was exclusively for children!

One bashfully commented: “Okay I don’t want to be a paedophile or anything,” and swiftly placed the item down.

It seems like that was the consensus all round, with another guy stating:

“It reminds me of my niece, I really don’t think a girl can actually get into this.”

Their conclusion? Boy shorts are in fact not for women, but for the youngest of children.

It seems even the most basic of lingerie choices had baffled the desi subjects. So naturally, the risqué factor was turned up a notch.

What is it? A kind of thong that is mainly a string to avoid creation of visible panty line. It was originally worn by striptease performers. 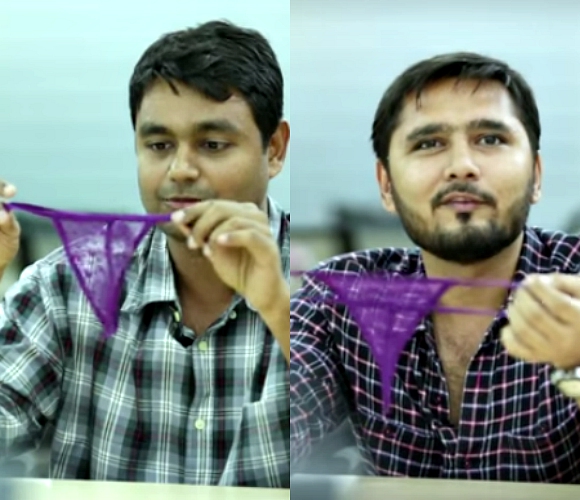 This is a popular choice of lingerie for many women, not only because it disguises that infuriating VPL, but because it makes a woman feel comfortably sexy.

Of course, they guys were more familiar with this item, and instantly perked up: “Ahhh now we are talking!”

Their descriptions were classic, making it seem as though they were handling an exquisite piece of art. One guy commented: “You have to be so f***ing delicate with this.”

The second guy was not too impressed with the lack of material, sarcastically stating: “Ahhh a few threads, along with a piece of cloth.”

Others thought of the practical advantages of such a discrete lingerie item: “I think they should make athletes wear this, there won’t be any obstruction.”

What is it? Push up bra pads used to enhance the bust size. 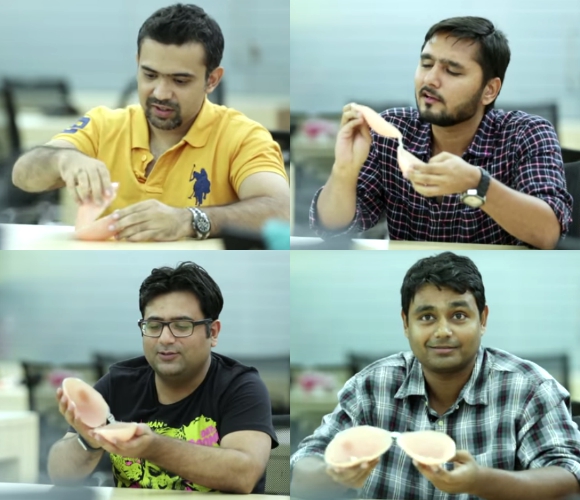 Prepare yourself for the funniest part of the video experiment.

If they weren’t handling the bra with extreme delicacy, they were playing around with it like mischievous boys in a playground.

Their first reactions were priceless:

“It’s like a table”, “Oh my god, okay”, “These are fake boobs!”, and “You can use it for proposing” were just a few of the comments which made us howl with laughter.

But wait for it. Probably the best one liner of the whole video came from this guy, who commented:

“I think it would definitely serve good purpose of removing hair as well as holding it together.”

So, they have deducted that a silicon bra is for proposing with, and to remove bodily hair. Of course!

What is it? They are suspenders used to keep the stocking from slipping. Hugely popularised by Erotica. 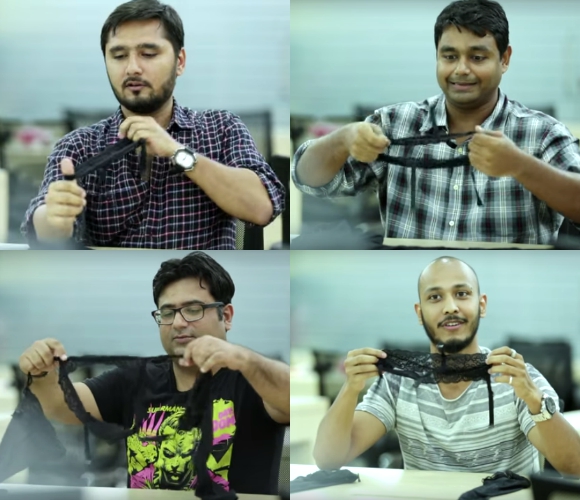 Now we move onto the more sexualised lingerie items, and nothing puzzled the Desi guys more than the garter belt.

Some played with the item, commenting: “It’s like a slingshot”, “It’s a jigsaw puzzle”.

Others were more factual, stating: “This is a strip of the panty without the panty.”

The final guy couldn’t contain his excitement, and got perhaps a little too over animated, explaining:

In summary, we have concluded that the garter belt is either a toy for guys to slingshot with, or an extremely sexy item of lingerie.

What is it? Short, loose fitting nightwear, often sheer and seductive. 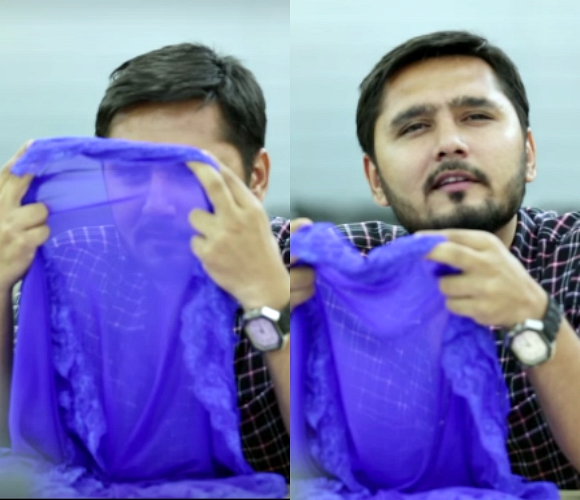 We were counting on a hilarious first reaction from the guys, and they did not let us down.

Baffled by the item being classed as lingerie, one subject exclaimed:

“Dude this is what they wear in clubs man, this is a dress. Too much fabric on it to be lingerie.”

Others were more accepting, and explained the possibilities for its use: “A lacey night that a girl wears on the first night to charm her husband.”

Providing an utterly comical reaction, the final guy concluded: “I mean these things are freaking my mind out … I just know bra and panties.”

And that was perhaps the best line to end off.

If it wasn’t the classic bra and pant combo that is an essential part of a woman’s wardrobe, then most of the guys didn’t have a clue.

Not that we’re complaining, they provided three minutes worth of laughter, and that was totally worth it.

Watch the full video below: 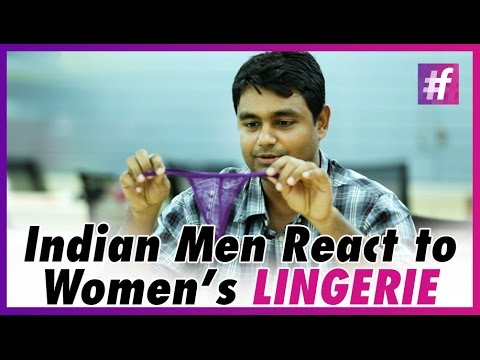 Danielle is an English & American Literature graduate and fashion enthusiast. If she isn't finding out what's in vogue, it's classic Shakespeare texts. She lives by the motto- "Work hard, so you can shop harder!"
5 Sexy Looks of Sonam Kapoor at Cannes
Gauri Khan inaugurates BollyGoods Edition 2 in London