Actress Karisma Kapoor disclosed the backlash she faced over the song, ‘Sexy Sexy Mujhe Log Bole’ as it raised many eyebrows.

"It was made huge deal ki ‘ye kaise gana hai’."

One of the most popular Bollywood actresses in the 90s, Karisma Kapoor revealed how she was ridiculed for the song ‘Sexy Sexy Mujhe Log Bole’ from the film Khuddar (1994).

The Kapoor family have given India cinema several of its finest legends from the late Shashi Kapoor to 90s’ darling Karisma Kapoor.

The actress was the only heroine to deliver an astounding fifteen back-to-back blockbusters during her prime.

Despite her amazing cinematic achievements, Karisma struggled to gain acceptance in the film fraternity and was trolled for her songs and films.

In fact, Karisma was also mocked for being a star child. She believes star children are faced with immense pressure to carve a niche for themselves.

The actress also recalled numerous nights where she would cry herself to sleep after facing a lot of rejection time and again.

According to an interview with Pinkvilla, Karima opened up about her journey in Bollywood.

She revealed the song ‘Sexy Sexy Mujhe Log Bole’ led her to be mocked as it was reportedly risque. She said:

“When I did (the) song ‘Sexy Sexy Mujhe Log Bole’, today the word sexy is used at a drop of a hat.

“Actresses today are wearing tiny shorts or bikini tops and that time I was fairly covered. But still, it was made huge deal ki ‘ye kaise gana hai’. (What kind of song is this?)

“I remember I was so young, I had bruised knees and elbows doing those difficult steps in the song thinking people will appreciate it and they’ll love my dance.

“Yes, people appreciated the talent side but a lot of viewers were like, ‘what are these wordings’.

“And eventually the song’s wordings were even changed but today the song is everywhere.”

Karisma continued to mention that she was trolled several times for resembling her father.

This led people to believe she would not make it in Bollywood. She said:

“A lot of people were like she looks like her dad and she will never make it. People used to say that.”

“And for a young girl and a teenager to be hearing that and trying to work hard and be focused and dedicated, there were these kinds of comments coming.

“But touchwood I proved them wrong.”

Undoubtedly, Karisma Kapoor proved all those people, who mocked, scorned and tried to demotivate her, wrong.

Karisma pulled through from the adversity she faced and overcame the hurdles in her Bollywood journey. 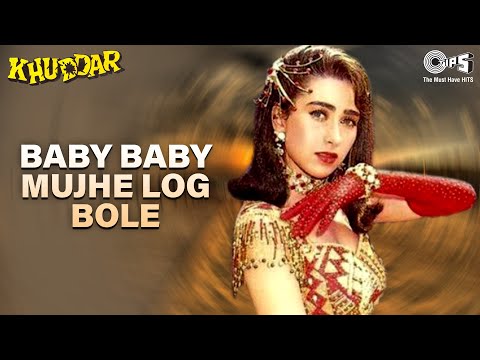 Ayesha is an English graduate with an aesthetic eye. Her fascination lies in sports, fashion and beauty. Also, she does not shy away from controversial subjects. Her motto is: “no two days are the same, that is what makes life worth living.”
Badhaai Do brings back the masti of Badhaai Ho
Suhana Khan makes her Private Photos now Public