An adorable video of an Indian man proposing to his Australian girlfriend during India vs Australia 2nd ODI Match was gone viral.

The Indian cricket team quite spectacularly lost the 2nd ODI Match against Australia on November 28, 2020.

However, there was still an Indian winner at the Sydney Cricket Ground that day.

In a heartwarming incident, Dipen Mandaliya a management graduate from Bangalore proposed to his Australian girlfriend.

Risking it all, the Indian man went down on his knees in the middle of the match and popped the question.

The cameras in the stadium panned to the couple, even the commentators in the commentary box said ‘yes, please say yes’.

The couple hugged each other followed by thunderous applause from the stadium.

The moment also received lauding from Australian cricketer Glenn Maxwell, who was fielding during that time.

The all-rounder applauded the moment as the couple got hitched. 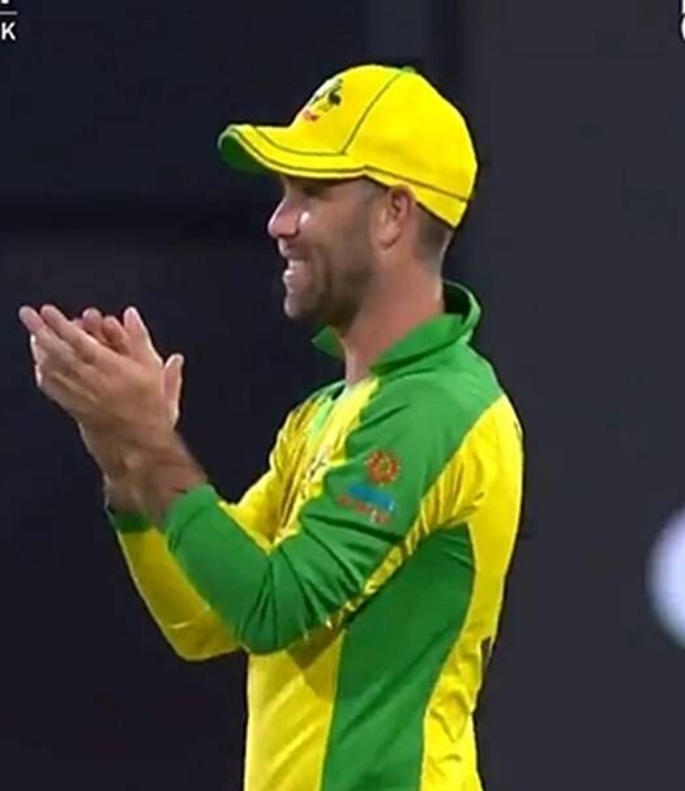 In no time, the video started going viral and netizens couldn’t help but churn out hilarious memes on the same.

Given Team India’s rather lackadaisical performance in Australia, netizens joked that the man was the only Indian who ‘won something’ in Australia this tour.

Finally an Indian has won something in Australia on this tour .#AUSvIND pic.twitter.com/6KusQXbL5P

Netizens were also in awe of the romantic gesture of the Indian man towards his girlfriend.

“Aww this is so cute and romantic. Love has no boundaries. She said Yes.”

Another user tweeted, “Wow… It is so romantic… I want my future partner to do this for me.”

Although dismayed by the bowling performance of India in the said match, netizens appreciate the proposal of the man using cricketing references.

“I think the guy knows the match outcome already, so why to waste time when your gf is next to you…

I think the guy know the match outcome already, so why waste time when your gf is next to you..
Let's make #SCG more interesting..#AUSvsIND #INDvsAUS #Captaincy #propose #Love https://t.co/KUns7O26I9

Several Twitter users also jokingly hinted that the man’s visa is to Australia is permanently secured.

Other netizens pointed out the ‘pain in the smile’ of the guy who is seen sitting next to the Indian man and took hilarious jibes at his expense.

“That guy who sees his crush getting proposed. I can feel his pain in his smile.”

That guy who sees his crush getting proposed . I can feel his pain in his smile . #AUSvsIND #AusvInd pic.twitter.com/sg7esLh3hI

While India’s performance has been below par, netizens found happiness in the unusual proposal that became the highlight of the match.

Akanksha is a media graduate, currently pursuing a postgraduate in Journalism. Her passions include current affairs and trends, TV and films, as well as travelling. Her life motto is 'Better an oops than a what if'.
Yorkshire Cricket Foundation accused of Racism
Pakistan vs Afghanistan: 5 Heated Moments in Cricket