The iconic Ambassador has been sold to Peugeot in an agreement with Hindustan Motors. The Rs. 800 million agreement marks the end of an Indian motoring era.

The Ambassador was the car of India, made in India

The French car company Peugeot has bought India’s most iconic car, Ambassador. They have bought the car brand from Hindustan Motors.

It is not yet certain what Peugeot plans to do with Ambassador. However, the deal has come after the famous Indian car has slowly come to a decline in popularity.

These cars were a hallmark of India. They appeared in old Bollywood movies and were seen on the roads of every landscape in India. The Ambassador was the car of India, made in India.

The car’s designers created it with the British Morris Oxford in mind. First manufactured in 1948, Ambassador was India’s only luxury car until the 1980s. A car of high status, both politicians and celebrities used Ambassador for travel. 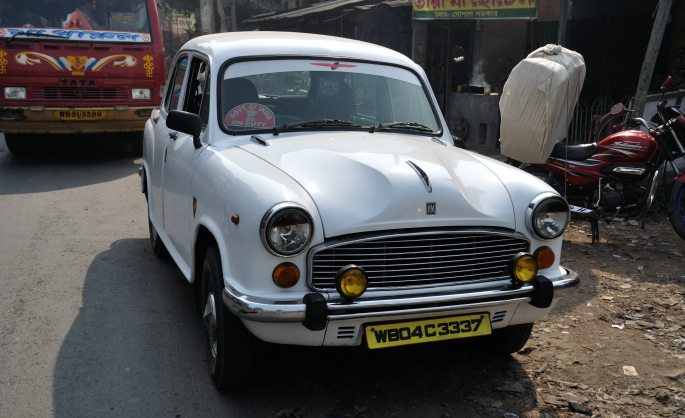 It was also one of the first diesel cars in the country. Unfortunately over time, the car, affectionately known as “Amby”, has gone into decline. Hindustan Motors decided to stop production of the car after 2013-14 sales dropped to just 2,000. A far cry from its glory days.

While Peugeot’s plans for “Amby” are unknown, experts gave their opinion on the deal to Indian agency afaqs! Some remained doubtful of a potential revival.

But he also adds:

“Indians have had an emotional attachment with the brand. The real value of the Ambassador’s revival could lie in the immense value it can add to the Peugeot brand as it will allow them to connect to the Indian audience emotionally when they relaunch themselves in the Indian market.”

Also, others gave their take on how Peugeot could redesign the car to fit the modern times. Brand consultant Ambi Parameswaran suggests:

“Peugeot should look at the Enfield pay book and adapt it for Ambassador. So retain the vintage-looking exterior but completely change the interior.”

For Peugeot to buy a declining car brand, it seems they must have a trick up their sleeve. One can only hope that they can reinvigorate the car and bring it back to glory.