Sportswear brand FILA has roped in Diljit Dosanjh as a brand ambassador. The singer and actor will be the face of its Motorsport collection.

“I have now become part of the FILA family.”

Known for his edgy style, Diljit embodies the brand perfectly.

The singer regularly talks about his love of streetwear culture and is often described as a style icon.

In the ad campaign, Diljit will be seen wearing FILA’s Motorsport collection.

Motorsport is a part of the sportswear brand’s DNA and is an essential category for FILA.

The 2021 collection debuts a line of apparel and footwear infused with style and performance with a Motorsport edge.

Through his Instagram Story, Diljit spoke about the association with his 11.9 million followers.

He said: “I have now become part of the FILA family.” 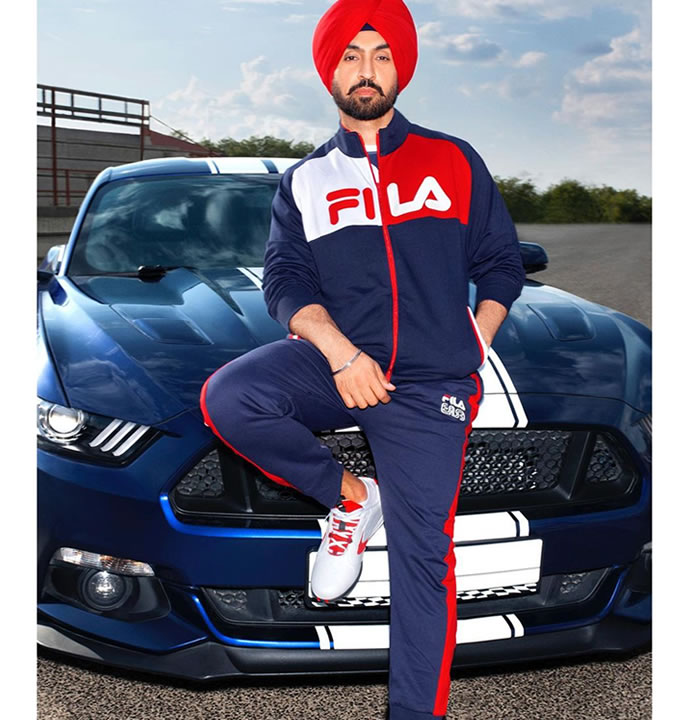 The sportswear brand took to their Instagram page to share pictures of Diljit modelling the collection on September 30, 2021.

The photo was captioned with: “Now that’s how you make a statement!

“FILA and @diljitdosanjh vibing together.”

In the first photo, Diljit can be seen leaning against a Ford Mustang wearing an athleisure outfit.

Diljit poses on a motorbike in the second picture, wearing a navy-blue combo.

Cravatex Brands Limited has an exclusive licence for the FILA brand in India. The manager of Cravatex, Rohan Batra, said:

“We are extremely delighted to have Diljit Dosanjh as the face of the brand in India.

“Diljit has effortlessly blended streetwear and culture and continues to be a massive influence on the youth of India.

“His approach matches the philosophy of FILA, which caters to the everyday lifestyle of young consumers, who are ambitious while being effortlessly fashionable.

“We could not have asked for a better association than Diljit, whose style statement is authentic and true.” 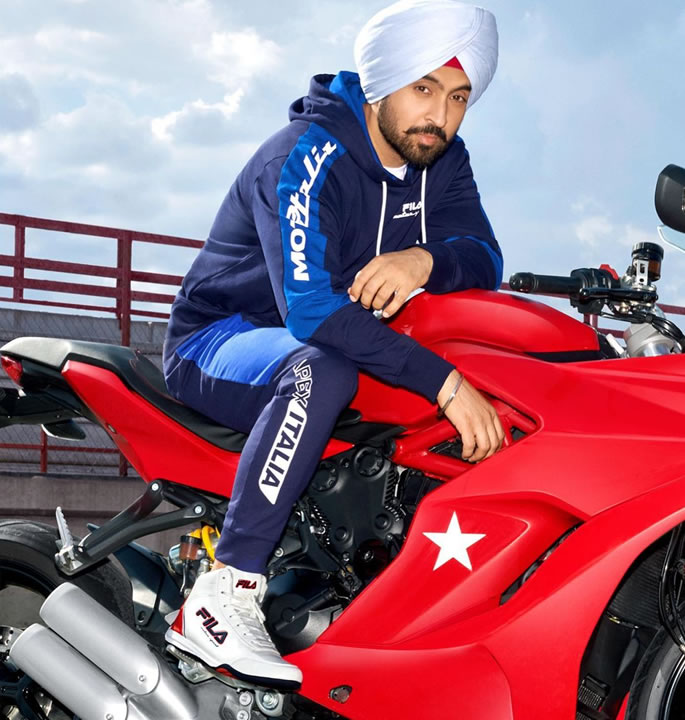 Diljit is involved in many projects, including the upcoming Punjabi comedy film Honsla Rakh.

The film marks the debut of Diljit as a producer.

He takes on a lead role alongside Sonam Bajwa and Shehnaaz Gill.

The first song, ‘Chanel No 5,’ of Honsla Rakh was released on September 30, 2021, and is sure to be featured in many wedding playlists.

Meanwhile, his latest album, MoonChild Era, continues to receive attention and praise from both fans and celebrities.

Ranveer Singh, Deepika Padukone and Kareena Kapoor are just a few stars who are known to be fans of the album.

Ravinder is a Journalism BA graduate. She has a strong passion for all things fashion, beauty, and lifestyle. She also likes to watch films, read books and travel.
Victoria & Albert Museum showcases collection of Saris
Masoom Minawala is 1st Indian Blogger to attend Paris Fashion Week