Is Amazon Fresh the future of Supermarkets?

Amazon Fresh is a sign that the world is changing, with stores in the United States and the UK. Is it the future of supermarkets?

Amazon Fresh may be the future of supermarkets due to its cashless model.

It is a subsidiary of Amazon, with physical stores and delivery services in most major US cities. There are also locations in Berlin, Hamburg, Milan, Munich, Rome, Tokyo, and some other locations in Singapore and India.

In the United Kingdom, there are 17 Amazon Fresh supermarkets in London.

But unlike other supermarkets, Amazon Fresh is completely cashless.

Upon entering an Amazon Fresh store, shoppers will find no cashiers, no checkout area and no cash registers.

Instead, shoppers scan their Amazon account, take anything they want and leave. The Amazon account is automatically charged and shoppers receive a receipt via email.

This is something other supermarkets could follow in the future.

Cash has become less prominent over the past few years, especially during the Covid-19 pandemic when citizens were advised not to pay with cash in a bid to stop the spread of infection.

Although society is returning to normal, many people are continuing to pay by card instead of cash.

It is also more convenient because cash requires one to go to an ATM to withdraw money. Amazon Fresh removes this, saving time.

But there has been criticism for not accepting cash.

To address this, some Amazon Fresh supermarkets also have checkout lanes for customers who want to pay with cash or do not have an Amazon account.

However, this feature is not available in all Amazon Fresh supermarkets.

In addition to cashless stores, they also contain ‘Dash Carts’. These are shopping trolleys with a touchscreen, barcode scanner, cameras and various sensors to automatically count items placed and removed from the trolley, allowing customers to skip conventional checkouts.

Some Amazon Fresh stores alternatively use “grab and go” technology similar to that in Amazon Go stores, which tracks what customers take and place back.

It allows customers to skip conventional checkouts while also eliminating the need to use Dash Carts.

Although it is natural for regular supermarkets to be busy, one problem with them is long checkout queues.

This can be time-consuming and amid busy lifestyles, that time could be better spent doing something more productive.

Amazon Fresh removes such things and it could be something that other supermarkets could follow. 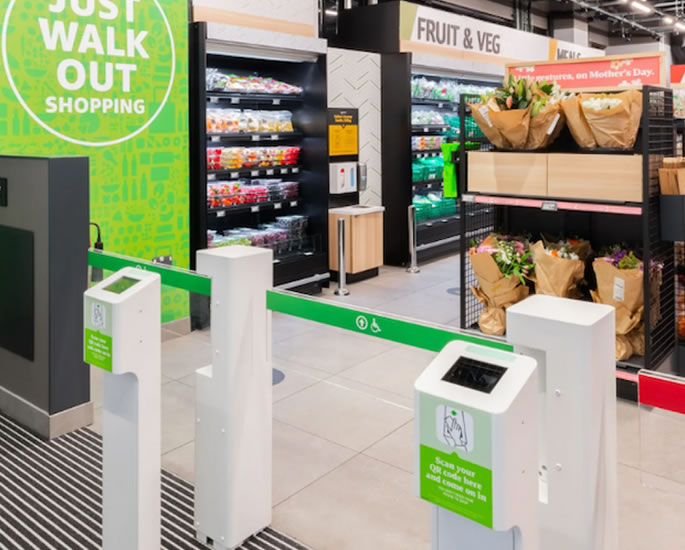 Although this appears to be an innovative glimpse of what to expect from supermarkets in the future, there are some concerns.

One of the biggest concerns is that it is seemingly showcasing the next level of surveillance.

Customers and their personal Amazon accounts are monitored on a large scale in public.

This will be the norm for supermarkets and possibly shopping in general.

This is so theft can be prevented. For example, Walmart loses approximately $3 billion a year due to theft.

In such stores like Amazon Fresh, it is virtually impossible to steal because you cannot enter the supermarket without scanning your Amazon app, meaning you will be charged for the items you take.

Amazon has your personal and bank card details as soon as you enter the supermarket.

This means Amazon Fresh supermarkets will automatically be more profitable, forcing rival supermarket brands to either reduce the prices in order to compete or adopt the same model.

In order to generate a profit, it is likely that they will follow the same model as Amazon.

Although it is not known exactly when, shopping will become automated surveillance, without the need for cash.

Dhiren is a journalism graduate with a passion for gaming, watching films and sports. He also enjoys cooking from time to time. His motto is to “Live life one day at a time.”
How do OpenAI’s GPT and ChatGPT differ?
10 Top Features of Hogwarts Legacy