After being elected as the new Leeds Children’s Mayor, 10-year-old Hannah Begum has big plans to unite young people of various backgrounds across the city.

“The opportunities we have as a child determine the adults we are in the future.”

On January 13, 2016, she addressed members of the city council at Leeds Town Hall with her manifesto.

Joined by her fellow pupils, Faisal and Tahera, from Hunslet Moor Primary School, Hannah outlined what she hopes to achieve for the city.

She said: “The aim would be for children and young people in Leeds to have more opportunities to interact with each other through the existing youth and community groups, after school clubs and faith groups.

“I feel the opportunities and interactions we have as a child determine the adults we are in the future.” 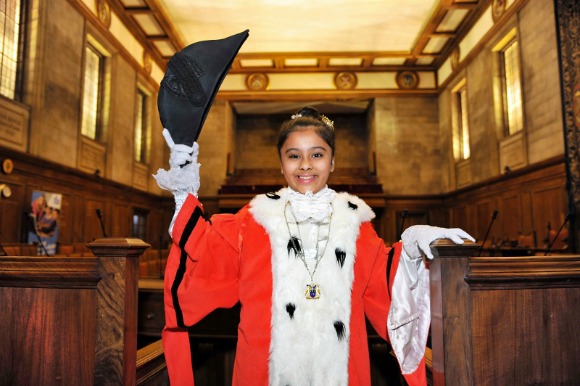 Hannah used to attend a youth group meeting. However, due to lack of funding, her group had to shut down.

She said she is ‘really passionate about setting up these groups again’ and believes her local area will benefit from other changes she wants to employ.

She aims to create a platform for young people to meet and exchange ideas through the Global Families of Leeds Project.

A database of groups within the city will join this project. It will present opportunities for groups to visit each other’s premises, learn new skills and develop relationships.

Hannah added: “My project would tie into the UN rights of the child, learning about tolerance and understanding, as well as underpinning the Government’s work on British values.

“Sometimes there are stereotypes of where you live so my project would give the perfect platform for children and young people to feel safe, ask questions, and learn about respecting other cultures, religions and beliefs in a safe environment.” 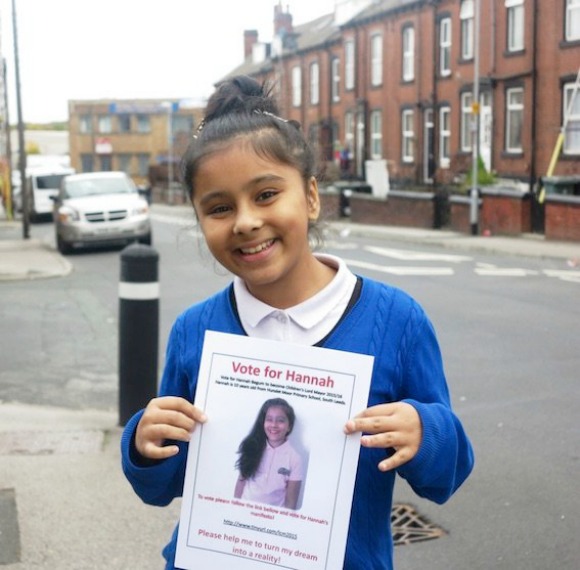 The concept of Leeds Children’s Mayor was introduced over ten years ago in Leeds. Children and young people across the city elect young leaders via a voting process.

Hannah comes from an influential political family and is looking to do well. Her cousin, Shamim Miah, is a Youth MP of Leeds, and was present to watch young Hannah launch her year in office.

With high hopes, she concluded: “I love Leeds and feel proud to be a ‘Yorkshire lass’, it is a fantastic city and my project would make it even better for children and young people.”

Images courtesy of The Asian Express and South Leeds Life