A Halifax banker has pleaded guilty to committing £450,000 fraud at one of the bank’s Birmingham branches. DESIblitz explores how Aseeb Younis abused his position of power.

One of the targeted accounts belonged to his deceased client, Brian Mason, who passed away in December 2012.

Birmingham Crown Court heard the case of Aseeb Younis, a 25-year old banker who was involved in a £450,000 fraud at the Acocks Green branch of Halifax bank.

Aseeb, of Small Heath, initially denied one charge of conspiracy to defraud. But he pleaded guilty to the charge on the second day of his trial at Birmingham Crown Court. He also admitted to two charges of fraud.

The banker was said to have abused his position to access customer accounts and allowed them to become massively overdrawn.

Aseeb applied fraudulent interest credit on the customer accounts. This generated a substantial amount of funds which could be withdrawn and spent.

He even manipulated his supposedly trustworthy relationship with his clients. One of the targeted accounts belonged to his deceased client, Brian Mason, who passed away in December 2012. 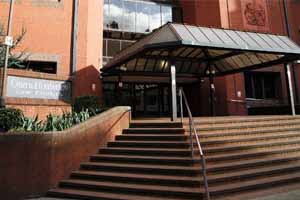 The Court also heard that Aseeb took advantage of his knowledge of Halifax’s banking system and caused 17 accounts to become ‘incredibly’ overdrawn. This resulted in ‘temporary limitless spending’.

Aseeb’s criminal activities at the bank took place between January and May 2013. The sum involved is said to amount to £450,000.

Prosecutor Jonathan Barker said Younis had been employed as a banking consultant in the bank’s Acocks Green branch in Birmingham.

His position at the bank gave him access to the computerised banking system at Halifax and an exclusive look into his customer accounts.

Barker said: “In recent years we have often heard and read of dodgy bankers. He is one.”

“He was a trusted employee. He was trusted to act in the Halifax’s best interests and, indeed, in the best interests of Halifax customers, but he didn’t. The prosecution say he did it with his eyes wide open and his motivation was financial.”

He continued: “Who was spending the money remains unclear. It is likely he was working with others outside the bank. But there is no doubt that he was central to the commission of this fraud because of his ability to operate inside the bank.”

Barker believed Aseeb was likely to defend his crimes by pointing outwards to claim that he had been acting under some form of pressure. 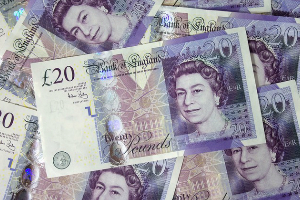 This is not the first instance when Halifax customers fall victims to frauds.

In February 2015, Halifax failed to spot fraudsters who were taking £500 a day from Kate Lawton’s account. She lost £8,000 and was denied refunds.

In her justifiable fury, Kate said: “I can’t believe Halifax managed to send me general account reminders, such as having to meet minimum repayments, but did not warn me that this was going on. Surely taking out such sums is not normal behaviour.”

According to The UK Cards Association, identity fraud at banks have increased steadily in the UK. It makes up more than half of financial frauds detected.

Although the total value of reported fraud cases fell to its lowest level in more than a decade in 2014, the volume of cases have risen tremendously. This indicates that lower end crimes have been on the rise.

The verdict on Aseeb’s case is yet to be delivered. The trial will resume on April 13, 2015.