Girl aged 8 writes to PM for Support of Indian Farmers

A British-Asian 8-year-old girl, Ashleen Kaur Gill has written a letter to Boris Johnson on behalf of Indian farmers.

"We need you, as British citizens, to help support the farmers."

She informed the PM that Indian farmers are killing themselves in the ongoing protests in India.

Further, she requested that Johnson, take up the matter with Indian Prime Minister Narendra Modi like Canada PM Justin Trudeau has done.

Indian farmers have for days been vehemently protesting the new agricultural laws passed by the Modi government.

Farmers have been demonstrating near Delhi against new farming laws which they believe will endanger their livelihoods.

However, the Indian government continues to allege that the changes will benefit the farmers. 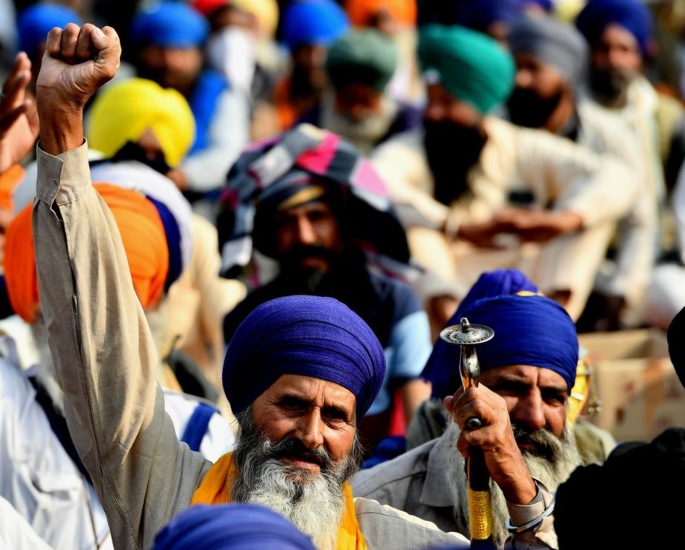 On December 13, 2020, Ashleen alleged she had gone down to 10 Downing Street to deliver her letter to the PM herself.

However, she was not allowed past the security gates, she has posted the letter to the PM instead.

In the letter to the PM, Ashleen has written:

“Do you know the farmers’ protest is important to millions around the world?

“I don’t think you do because you think it’s an issue between India and Pakistan.

“This is the biggest human rights protest and yet you stay silent. Canadian PM Trudeau has shown support, so why can’t you?

“So, why are you not leading?

“My ancestors were all farmers and without them, I would not have the life I have today.

“Children in India have to worry about eating or whether they can go to school.

“This is bigger than you and me. It is not about money or looking good in front of people.

“We need you, as British citizens, to help support the farmers.”

Ashleen’s father, 38-year-old Jagdeep Singh, works in the construction sector in the UK. Speaking on the farmers protest Jagdeep shares:

“We have farming in our DNA like most of the people who support the farmers.

“We know of so many people in Punjab who have committed suicide due to the pressure on them.

“We all have family in Punjab. So, Boris has a duty to speak to Narendra Modi on our behalf.”

Jagdeep’s extended family, including his mother’s siblings, have been protesting in the farmers protest in Delhi since November 27, 2020.

Ashleen’s letter comes among increasing support for Indian farmers from the British-Sikh community in the UK and the world.

Thousand of protestors gathered outside the Indian High Commission in London on December 7, 2020, to pledge their support to farmers in India.

Akanksha is a media graduate, currently pursuing a postgraduate in Journalism. Her passions include current affairs and trends, TV and films, as well as travelling. Her life motto is 'Better an oops than a what if'.
Indian Groom killed for Not Providing Alcohol
Man jailed for Stamping British Airways Hostess Lover to Death