An Indian woman, Baljit Kaur skydived 15,000 feet in Melbourne to pledge her support for the ongoing Indian farmers’ protests.

"I wanted to raise awareness as best I could."

An Indian woman in Melbourne, Australia, skydived 15,000 feet to show her support to the ongoing Indian farmers protest on December 30, 2020.

Baljit Kaur came to Australia as an international student from India in 2017.

She has been studying to get her master’s in social work in a Melbourne-based college and hails from Rurka Kalan village in Ludhiana, Punjab.

Baljit, aged 29, wished to pledge her support to the Indian farmers who have been marching to India’s capital Delhi, from November 2020.

The farmers are protesting against three new agriculture laws introduced by the Indian government.

Support for the farmers ongoing plight has come in from all around the globe, especially from Indians residing in other countries.

Among such, is Baljit Kaur whose own relatives in India have no connection to the ongoing protests. 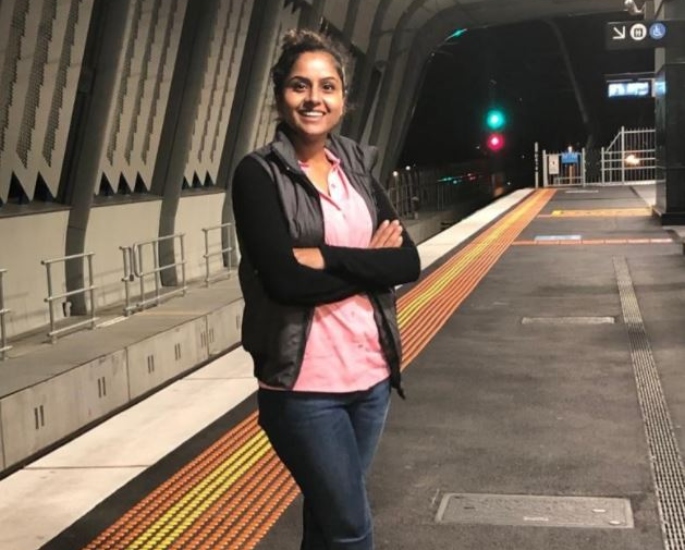 However, Baljit claims she was disturbed by the way older men and women have been sitting on the Delhi borders for over a month to protest the “draconian farm laws”.

She says: “I was seeing various videos of the suffering of farmers earlier in Punjab and now in Delhi.

“I saw several people including NRIs supporting the farmers protest in different ways.

“So I too decided to support the ongoing agitation.”

Baljit spent $610 to skydive 15,000 feet in Melbourne wearing specially designed clothes that had visible slogans to show her support to the farmers’ protest.

She continued: “Skydiving may not be your first thought when thinking of ways to raise your voice for a cause.

“But I wanted to raise awareness as best I could.

“It was all about stepping outside your comfort zone and pushing personal boundaries to gain this experience, which I will remember forever.”

Baljit who has a part-time job in Melbourne claims she never had the money for skydiving or any other fun activities.

She claims: “This is not about me or money but about those farmers and their families who are sitting on the street in Delhi and braving the harsh Indian winter.

“I am stuck in Melbourne due to Covid-19 travel restrictions otherwise I would have joined the farmers’ myself.”

The Indian farmers protest has been gathering tremendous momentum since November 2020 with huge numbers of protestors from different states in India including Punjab and Haryana uniting at the Singhu border.

To show solidarity with the farmers, rallies and marches have taken place globally as well, especially in the UK, Canada and USA.

The Indian government and farmers have had many rounds of talks, however, no solution has come forth for the ongoing requests of the Indian farmers who fear for their livelihoods.

Akanksha is a media graduate, currently pursuing a postgraduate in Journalism. Her passions include current affairs and trends, TV and films, as well as travelling. Her life motto is 'Better an oops than a what if'.
Indian Policeman runs over Shopkeeper over Cigarettes Row
Indian Siblings spent 10 Years in ‘Lockdown’ after Mother’s Death