Three Indian siblings locked themselves in a room for a decade due to being consumed by grief over the death of their mother.

"we could not have imagined someone ever living like this"

Three Indian siblings spent 10 years locked away from the rest of the world until they were rescued by volunteers.

The siblings, believed to be in their thirties and forties, locked themselves away in a windowless room in 2010 after becoming consumed by grief over the death of their mother.

A team from the Saathi Seva Group NGO, led by Jalpa Patel, rescued the family.

Ms Patel said: “We were tipped off on 27 December that about three people have been living in a room for the past 10 years.

“When we reached there we found that they had locked the main gate of the house and refused to come out to meet anyone.”

After trying to gain access for 25 minutes, volunteers managed to break open the door.

It was reported that they found Ambrish Mehta lying on the floor surrounded by rags and paper. Younger brother Bhavesh was sitting on a chair in the corner of the room.

Both brothers were naked while their sister, Meghna, was the only person clothed.

Ms Patel told The Independent: “The room was in such a grim condition that we could not have imagined someone ever living like this in a posh area in the middle of the city of Rajkot [in Gujarat state].

“There was no washroom in the room and they did not use the one outside.

“With the stench in the room, you could tell that they attended to nature’s call there itself.”

According to the NGO, Ambrish had kept his legs folded for months, possibly years, while Bhavesh suffered partial memory loss.

“Ambrish could not even feed himself, let alone go to the washroom.  He was skeletal. It was his sister who used to feed the two of them.

“When we entered the room, Meghna kept screaming that ‘we are fine’ when it was quite evident that they were not.”

Their father, Navin, had been leaving food outside the room for years and said that Ambrish and Bhavesh had degrees in economics and law respectively, while Meghna had completed a masters in psychology.

Vimal Patel said that Bhavesh was an accomplished cricketer.

He said: “When we were kids, I used to play cricket with him and we used to study together.

“He was always a quiet and a reserved kid but it was since their mother died, about a decade back, that they stopped going out and meeting anyone.

“I had gone to meet him, a couple of weeks after his mother died. He did not come to see me. I asked his paternal uncle if Bhavesh cried at her funeral. He did, his uncle told me. So, I left him alone.

“You know, Bhavesh wanted to study further and start his own business. He had told me that he wanted to do a masters. I never imagined something like this would happen to him.” 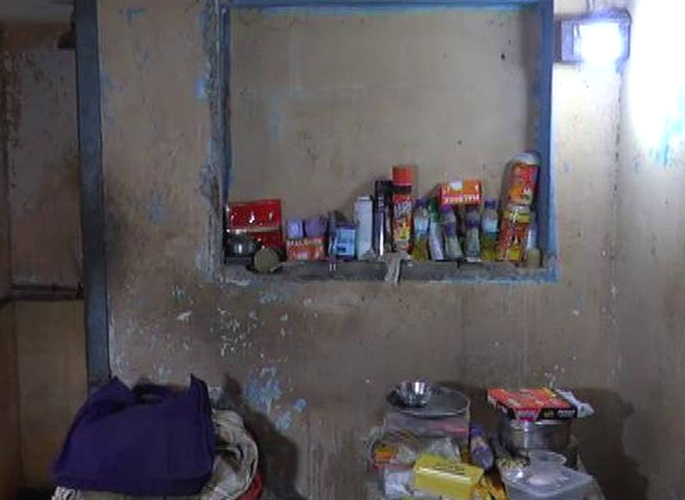 The Indian siblings’ father tried to convince them to leave the room but was unsuccessful. He eventually believed it was out of his control.

Ms Patel said: “We spoke to their father, who was himself an official in a government office.

“He believes that someone has done some kind of black magic on them. He told us that their mother had been ill since 1986 and believed that someone had jinxed her too.

“He said that he took them to doctors but nothing seemed to work. Since he felt that they had been hexed, he feared that some harm might befall his children. So he let them be in the house.”

He left food for them which was prepared by his sister.

“He would leave the tiffin outside the room along with a newspaper. If the siblings felt like eating, they would, otherwise the food would be left lying there. However, they would [always] collect the newspaper.

“In fact, when we were cleaning the room, we cleared about three trucks of newspapers that they had accumulated in the room in the past decade.”

After the Indian siblings were rescued, their long hair was matted and had to be shaved off. They are now living with their aunt while the NGO seeks official support.

Ms Patel added: “The three of them are under psychiatric review at a government hospital in Rajkot.

“Ambrish has not spoken a word and is being treated for his physical ailment.”

She stated that they are trying to reintroduce Bhavesh to his childhood friends.

“Since he is suffering from memory loss, we are taking it slowly.”

Meghna is responding well, according to Ms Patel.

“But we played cricket together after ages, and it was nice.”

Dhiren is a journalism graduate with a passion for gaming, watching films and sports. He also enjoys cooking from time to time. His motto is to “Live life one day at a time.”
Indian Woman Skydives to support Farmers Protest
Pakistani Man Arrested for wearing Wolf Mask