Hundreds gathered in Birmingham for the Kisaan Rally to show their solidarity with the Indian farmers as protests in the country continue.

"British Sikhs will expect their government to act on this issue."

Hundreds of people took to the streets of Birmingham and West Bromwich in various vehicles in the Kisaan Rally to show solidarity with the farmers in India.

Protests have been ongoing in India in response to three farming acts that have been passed by the Indian Government.

Rules controlling the sale, storage and pricing of farm produce would be loosened.

For Indian farmers, they fear that the laws will no longer provide guaranteed minimum profits.

People around the world have carried out protests in support of farmers and this includes the UK.

On December 12, 2020, attendees travelled in cars, vans, tractors, trucks, bikes and quads to show their support.

The event started at 10:30 am at the Guru Har Rai Gurdwara Sahib in West Bromwich.

The Kisaan Rally then drove through the streets to the Indian High Commission in the Jewellery Quarter of Birmingham for a peaceful protest as a sign of solidarity.

“Britain, of course, has long deep ties with the Indian state.

“Some would say they created it. What happens with the Indian economy can often be influenced by its trade relationship with the UK.

“As such, British Sikhs will expect their government to act on this issue. They will feel it as British citizens they have a right to protest.” 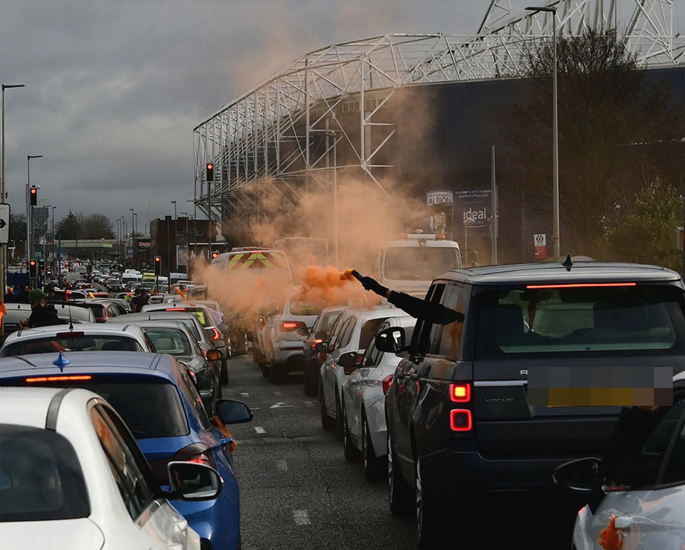 Emergency services issued warnings about major traffic disruption in the area but advised those taking part in the rally to cooperate.

“We are aware of the traffic issues being caused in Sandwell as part of the Birmingham Kisaan Rally and are currently working with West Midlands Police to ensure it has a minimal impact on crews and patients.

“However, if you are taking part in today’s rallies please can we ask that you cooperate with our crews.”

“If you see an ambulance on blue lights and sirens, please let them through so they can attend patients as quickly and safely as possible.

“When attending a life-threatening emergency, every second counts. Thank you.”

Thousands of people had previously gathered outside the Indian High Commission in London to show their support for the farmers.

An estimated 700 vehicles were concentrated around the protest venue, bringing areas around Trafalgar Square, Holborn and Oxford Circus to a halt.

Dabinderjit Singh, of the Federation of Sikh Organisation, said:

“The turnout surpassed our imagination. Thousands have come from all over the United Kingdom on their own.

“They are outraged and demand justice for the farmers in India.”