Fraudster convicted for trying to Buy Grenades on Dark Web

A man from Watford has been convicted for trying to buy grenades on the dark web. It was revealed that he was previously convicted for fraud.

"[The user] has actually made payment for the two grenades."

Mohammed Humza, aged 29, of Watford, was convicted of trying to buy grenades from an undercover FBI agent on the dark web.

The Old Bailey heard that he planned to buy Semtex plastic explosives, claiming that he wanted it “for breaking a safe”.

Using the login mh.nn243, Humza did not realise that he was discussing the purchase with an undercover FBI officer known as ‘Peter Agent’ on the dark web.

On July 14, 2016, the FBI officer received a message asking: “What’s the best price you can do for 2 grenades with postage to the UK?”

The agent replied: “We offer good price, very popular that type of grenade. $125 each.”

Humza negotiated the price down to $115 by saying he would buy two immediately and another two the following week.

The sale was completed on August 6, 2016, when Humza put the funds into a third party account using Bitcoin.

The prosecutor Benjamin Holt said: “This is not just idle chat. [The user] has actually made payment for the two grenades.”

Humza used his neighbour’s name but his address when he confirmed the delivery address.

On August 9, Peter Agent said that another customer had just bought six grenades and they were out of stock, adding: “We sold grenades fast last week.”

A further request came on August 10, saying: “Just saw refund, thanks. When will you restock? Do you have Semtex with a fuse detonator?”

When Humza was told that was “not a problem” he claimed he needed a “new drop address”, suggesting he had become hesitant about using his home address.

After being told by the agent that he was out of stock, the user tried to buy Semtex and a fuse detonator.

Humza had used a marketplace called Alphabay which was eventually closed down on July 4, 2017.

Humza denied using the account username mh.nn243. However, it coincided with the initials of Humza and his wife, the first part of his postcode and the number of his house.

He had also used the same numbers in the usernames for his bank accounts and an outgoing text message was recovered that had his name, address, and the email Mh.nn243@gmail.com

Phone records showed that on the same day, the phone exchanged 125 messages with a woman under the name of ‘Zeeshan Fish and Chips’.

Mr Holt revealed the pair was in “very regular contact” and had a “bizarre relationship as at one point they seemed madly in love and at other that they had never met each other”.

His phone also had a response to a delivery message for ‘English cheesecake’ with the details mh.nn243/Alphabay, followed by the pin number for Humza’s mobile phone.

“That we suggest, provides a clear link between this defendant and the username mh.nn243. Could that be a coincidence?”

“Mr Humza’s case is that someone else was using his account on Alphabay. Either someone with whom he pooled the account or someone who was deliberately framing him.”

Humza was found guilty of charges under the explosives substances act.

However, he did not turn up for his trial. It is believed he fled to Pakistan while on bail.

Mrs Justice McGowan said that sentencing would be put off for more information about Humza’s reasons for going on the dark web for a grenade.

She said: “I have to consider before I pass sentence whether or not I can establish what purpose Mr Humza tried to get this grenade for.

“At the moment I simply don’t know and it will come as no surprise for you to know if it is for a terrorist purpose that puts it into a different category for sentence.”

Humza’s parents and in-laws said they have not seen him since June. 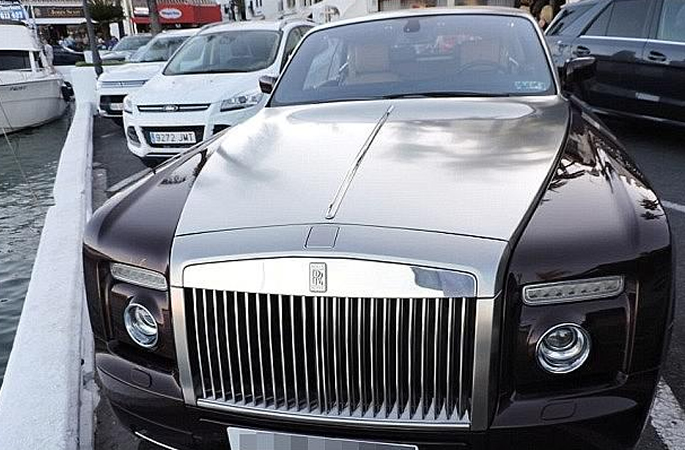 In March 2017, Humza was jailed for four years for stealing Sheikh Mohammed Alibrahim’s £97,000 Rolls-Royce Phantom Coupe after claiming to the DVLA that he was the new owner.

Humza drove the car in Mayfair on April 18, 2015, before going on to sell it to Shaks Specialist Cars in Huddersfield for £27,500 along with a BMW and a Mercedes.

He attempted the same scam on a Ferrari, an Aston Martin and a Porsche 911.

Dhiren is a journalism graduate with a passion for gaming, watching films and sports. He also enjoys cooking from time to time. His motto is to “Live life one day at a time.”
Textile Firms supplying Boohoo involved in Money Laundering
Indian Husband beheads Wife over Affair Allegations