Several textile firms in Leicester which have supplied fashion brands like Boohoo have been found to be involved in money laundering.

Mr Nagra had operated a "fraudulent scheme to launder cash"

An investigation has found that a network of textile firms in Leicester are involved in money laundering and VAT fraud.

Some of the textile firms involved have supplied fashion brands like Boohoo.

The BBC conducted the investigation after a civil court case involving a dispute between the bosses of two clothing wholesalers first brought the activity to light.

Leicester-based company director Rostum Nagra was accused of effectively stealing a firm belonging to an associate, transferring all the assets to his own company Rocco Fashion Ltd.

He also took over the relationship with Select Fashion, the company’s biggest customer.

Mr Nagra’s business records were in a ‘cash book’, which were kept separate from the company’s official accounting system.

Over a period of several months from October 2014, he arranged for false invoices to be produced as part of a scheme involving several Leicester-based companies, most of which were ‘shell’ companies which pretended to be garment suppliers.

According to the investigation, when Mr Nagra received an order from Select Fashion, he would arrange for the garments to be made cheaply by a so-called ‘cut, make and trim’ (CMT) supplier, without them knowing.

He paid in cash and the transaction was hidden from official records. 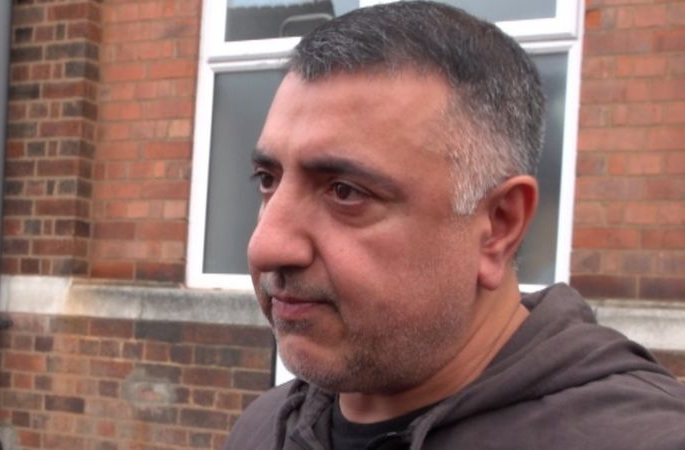 Mr Nagra would then claim the garments were being made by another company. He would place a bogus order for the same goods with ‘shell’ companies.

The company would then provide an invoice at an inflated price, far higher than what was paid to the genuine CMT supplier. The fake invoice also included a 20% VAT charge.

The inflated amount was paid into the shell company’s bank account.

Almost immediately, the money would be withdrawn from the bank account in cash and returned to Mr Nagra, apart from half the VAT which paid the accomplices.

Mr Nagra would be left with a VAT receipt that looked legitimate for the tax authorities. Shortly after, the shell company would fold.

The judge concluded that Mr Nagra had operated a “fraudulent scheme to launder cash for his own benefit” over a “prolonged period” and “very substantial amounts” of money were involved.

However, he has denied the fraud allegations.

Sources within Leicester’s textile firms have said the demand for cheap clothes was fuelling fraud within the city.

With factories unable to make a profit from the low prices demanded by retailers, many suppliers were turning to VAT fraud.

“There are gangs of factory owners going around in brand new four-wheel drives and there are very, very poor exploited workers who are actually living in fear in the city, and you can feel it on the street.”

Two other companies were associated with Mr Nagra.

T&S Fashions Ltd provided invoices to Mr Nagra. Although it did not appear in Mr Nagra’s ‘cash book’, it was one of 14 other companies that “may have been involved in laundering cash”.

T&S Fashions’ biggest customer was Boohoo and dealt with the fashion brand through another company.

Boohoo confirmed it had done business with T&S Fashions after the other company name was mentioned.

It also stated concerns about “unauthorised subcontracting” by suppliers and for that reason had already commissioned an auditing firm to map out its supply chain.

“This work is well underway and once it is completed we will be publishing a list of all of our UK suppliers.”

In 2018, another firm, HKM Trading Limited, run by Hassan Malik, had entered into “cash laundering transactions” with Mr Nagra.

After HKM Trading went out of business, Mr Malik set up Rose Fashion Leicester Limited in 2018, of which Mr Nagra is currently an employee.

The company supplied PrettyLittleThing, which is owned by Boohoo.

As a result of the investigation, Boohoo has now ended its partnership with Rose Fashion Leicester.

It added: “We would never knowingly conduct business with anyone acting outside of the law and we have always been swift to provide information to regulatory authorities to support any investigation that they are conducting.”

Meg Hillier, chair of the Public Accounts Committee, said the fraudulent activity appears to be “the tip of an iceberg” and the sums involved could represent “hundreds of millions of pounds” in lost tax revenue adding:

“HMRC have really got to look into this.”

HMRC said it was unable to comment on specific individuals or businesses. However, it said in a statement:

“In the last year, HMRC has completed 25 separate investigations into the VAT affairs of businesses in the textile trade in Leicester and, in so doing, recovered more than £2m of tax that would otherwise have been lost.”

Dhiren is a journalism graduate with a passion for gaming, watching films and sports. He also enjoys cooking from time to time. His motto is to “Live life one day at a time.”
Boy aged 13 runs successful Online Computer Business
Fraudster convicted for trying to Buy Grenades on Dark Web