Online fashion retailer Boohoo is set to buy online business Oasis after it was revealed that profits surged during the lockdown period.

"a complementary addition to our portfolio of brands."

Fashion giant Boohoo is set to purchase collapsed chains Oasis and Warehouse for £5.25 million. This comes after their profits surged during lockdown.

On the other hand, Oasis and Warehouse went into administration in April 2020, resulting in 1,800 job losses.

The brands were forced to shut their 90 UK stores. They also had to close its 437 concessions in department stores including Debenhams and Selfridges.

Online shoppers had also been unable to place orders with the fashion chains for a number of weeks.

Boohoo said it would integrate the businesses into its online platform in the coming months.

The announcement came amid a “very strong” hike in sales throughout the Coronavirus lockdown.

Online sales rose by 45% in the three months to May, partly boosted by demand for athleisure items during lockdown. In the UK, which accounts for half of its total revenue, sales were up 30% to £183 million.

Boohoo said: “Oasis and Warehouse are two well-established brands in the UK targeting fashion-forward shoppers and are a complementary addition to our portfolio of brands.”

The group agreed the deal with financial investor Hilco Capital, which bought the Oasis and Warehouse brands and stock from administrators in April.

Boohoo competitor Asos previously said it had seen a downturn in demand since the pandemic.

“It’s up to Boohoo to rejuvenate [Oasis and Warehouse] and hope they resonate well with its traditionally younger, more fashion-forward customer base.

“It’s a similar move to the Karen Millen and Coast acquisitions, but while we’ve heard trading’s going well with these additions.

“We haven’t had any numbers to crunch, so it’s hard to say what the big picture looks like.”

Boohoo’s shares increased by 10% after its trading update and news of the deal. It said that buying a pair of struggling brands would build on its momentum at a time when many retail shops are collapsing.

Boohoo, which also owns Nasty Gal and PrettyLittleThing, has become a hit with the younger generation. 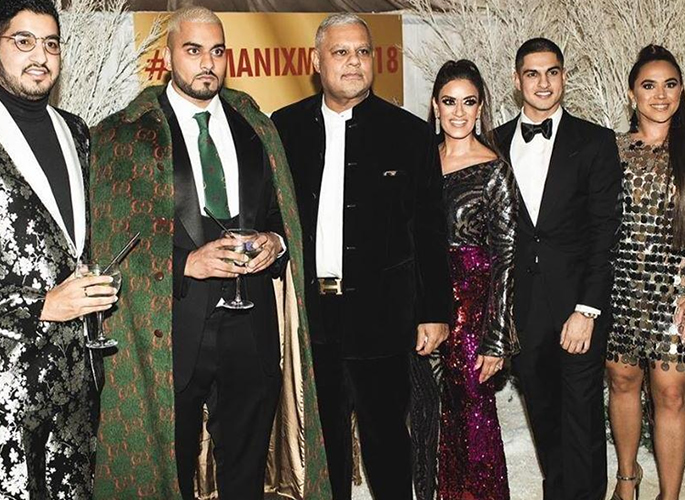 “Whilst there is a period of uncertainty within the markets in which we operate, the Group is well-positioned to continue making progress towards leading the fashion e-commerce market globally.”

According to Jefferies analysts, the acquisition of Oasis and Warehouse is seen “as a low risk and likely high returning opportunity, one that provides further evidence of the long-term potential in Boohoo’s multi-brand platform”.

This follows PrettyLittleThing founder Umar Kamani selling his stake in the company to his father’s firm in a deal worth nearly £324 million.

Mahmud Kamani, owner of Boohoo, purchased the remaining 34% of shares in his son’s business in May for £269.8 million.

This sum could rise by another £54 million if the deal can help Boohoo shares hit 491p a share for a six-month period at some point over the next four years.

Dhiren is a journalism graduate with a passion for gaming, watching films and sports. He also enjoys cooking from time to time. His motto is to “Live life one day at a time.”
Paedophile caught with over 3,000 Indecent Images
100 Chicken Factory Workers hit by Covid-19 Outbreak