As a result of Coronavirus, the UK is under lockdown, however, it has been reported that domestic violence cases will “surge”.

"it creates an opportunity for the abuser to abuse."

Campaigners have warned that the UK’s lockdown will lead to an increase in domestic violence cases as vulnerable people spend all day with their abuser.

Both survivors and experts claim that the strict government rules to stay home is “likely” to cause a spike in domestic abuse cases.

Domestic abuse survivor Rachel Williams, who was shot by her estranged husband as she worked in a hair salon, said vulnerable victims will “feel more isolated than ever”.

The 48-year-old, who is now a domestic abuse counsellor and campaigner, said “victims will have no breathing space” as families are forced to spend all day at home together.

“The perpetrators and the victims would normally spend some parts of the day in work or socialising.

“That could give the victims breathing space and someone to talk to.

“The children are also not in school which means they don’t have a safety net – and in some cases a decent meal.

“Now they’re all sharing their surroundings 24/7 with no breathing space. It will be tougher than normal.”

Gwent Police Chief Constable Pam Kelly feared that victims were “suffering in silence” after seeing a drop in calls to the force.

“Another problem, if somebody is a victim of domestic abuse and they fall ill, we are concerned that the abuser might throw them out of the house, and that’s quite a worry.”

Nazir Afzal, domestic abuse advisor to the Welsh Government, said that abuse had increased in other parts of the world and that the trend would continue in the UK.

“It’s as certain as night follows day that if there’s a period where people are confined to the same space, then it creates an opportunity for the abuser to abuse.

“There has been a 20% rise of domestic abuse in Northern Ireland, 32% in Paris and 40% in New South Wales – and they are significant increases and there will be no doubt that there will be a rise in Wales.

“We’ve no official data yet, but anecdotally our care workers are already reporting spikes now.”

Since Lockdown:
Domestic Abuse up 32% in Paris, 40% in Australia
Similar increases everywhere

If you’re a victim:
Police will always attend your home
A place of safety will be found
Legal steps taken to protect you

Health worries and income fears could increase anxiety and the risk of domestic abuse cases.

Ms Williams added: “We know there’s a massive influx likely and it will be a pandemic on a pandemic.

“Housing authorities have to open up empty houses to accommodate woman and children and we’ve got to do the same with hotels and B&Bs – and get a block booking so we’re ready to house these, the most vulnerable members of our society.”

Baroness Beverley Hughes, Greater Manchester’s deputy mayor for policing and crime, revealed that authorities were preparing for such incidents.

“I think we are beginning to see a rise in domestic abuse incidents.

“We anticipated this might happen in the very stressful circumstances for many families.”

She went on to say that the overall level of cases was expected but officers were linking incidents to the virus. 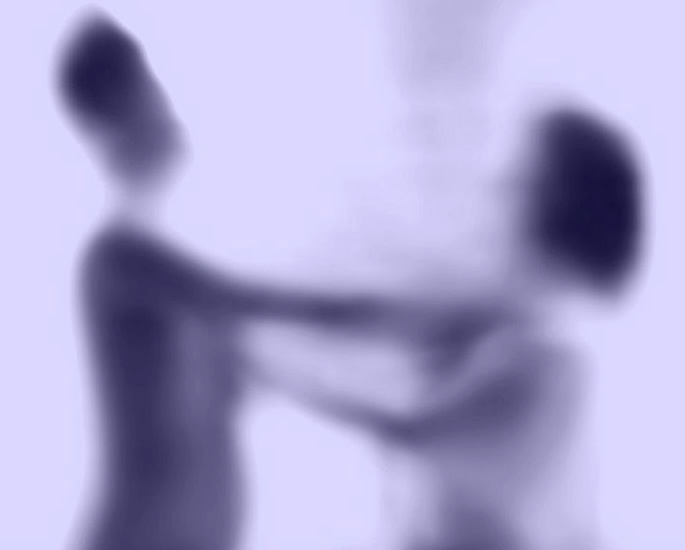 “The potential for tension to arise in the home as a result of what we are asking people to cope with, in order to suppress the virus, is going to increase and therefore we would be right to think this might display itself in an increase in the number of domestic incidents we are called to.

“We are preparing for that.

“Some of those most serious incidents will be challenging to deal with, particularly if the victim needs to be moved to a refuge, but the police specialise in these kind of cases and the local partners, local authorities, they’re working together really closely to prepare for that.”

Women’s Aid requested resources in preparation for the increase in domestic violence cases.

In a statement, the charity said:

“We need resources and a guaranteed commitment across the whole of the UK to support all victims of domestic violence and abuse.

“We are in uncharted territory and all domestic violence charities are bracing themselves for a marked increase in numbers of people coming forward.”

The Welsh Government pledged that its Live Fear Free helpline will remain open 24/7.

A spokesperson said: “We’re working closely with all lead domestic abuse service providers and charities in Wales to ensure support is available for people at risk, survivors and their families, particularly at this time.”

Home Secretary Priti Patel has said victims who are at home with their abusers during the lockdown sparked by COVID-19 will not be forgotten.

Domestic violence and abuse are not indifferent in South Asian households of the UK. There have been many cases in the past both reported and not, within the South Asian community.

The forms of abuse can differ but it is still domestic abuse.

Be it towards a partner, a young person, child or elderly person in the family, this kind of violence can escalate during the current circumstances of lockdown where everyone is being told to stay at home.

Common forms of domestic violence and abuse are towards a wife and husband, and the triggers for these will be exasperated due to the containing of couples inside the home.

Often abusive partners use blame and belittle the other person for doing something wrong no matter how little or small. This can include lack of food, cooking, domestic chores, financial difficulties and other social interactions leading to arguments.

Therefore, it is important for those in fear of experiencing such kinds of abuse, to tell others, be it a friend, someone in the extended family or relative they can confide in.

Dhiren is a journalism graduate with a passion for gaming, watching films and sports. He also enjoys cooking from time to time. His motto is to “Live life one day at a time.”
Pakistani Software Engineer helps create COVID-19 Testing Kit
Indian Lover kills Married Woman’s Son & Hides Body