Forced Marriage is currently high in the Pakistani community. There is a strong need to tackle this issue in the community, both in the UK and in Pakistan.

"My traumatic journey has made me a stronger person today"

Forced Marriage is a widespread problem varied across a range of countries with Pakistan standing at a 46% rate of occurrence. Forced Marriages are typically associated with the Mirpuri/Kashmiri community, which represents around 85% of the Pakistani population residing in the United Kingdom.

Forced marriage is a shameful practice that is defined in the UK as a form of violence and abuse not only to women but also towards men and children.

Personalised stories told by young girls and married women themselves read out loud. The whole arena of marriage within the Pakistani community needs to be tackled in a sensitive and positive light. 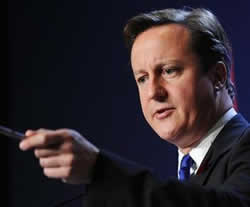 Prime Minister, David Cameron has led the way and reacted strongly to this global phenomenon deeply linked to Pakistan and the United Kingdom. He had announced plans for more stringent immigration laws, some of which were already in place.

Immigration and forced marriages are like nails stuck to the same bed, both have to be tackled simultaneously.

The government is hoping that a new law on forced marriages will coincide with a fresh intent towards integration. This often described by David Cameron as ‘cohesion and integration, targeting ‘divided cultures’ and the situational change amongst young Pakistanis over the last 20 years.

According to statistics [Foreign and Commonwealth Office] for January to May 2012, 594 cases were reported to the Forced Marriage Unit. Though forced marriages have no boundaries, cases related to Pakistan ranked the highest at a 46% rate of occurrence. 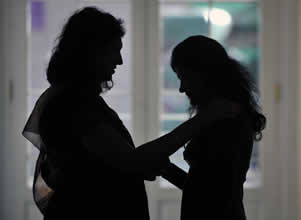 Even Bangladesh, which comes second at [9.2%], is comparatively low to Pakistan. This indicates that 50% of the cases are involving families of Pakistani origin.

The most striking feature is that UK specific cases are also high at [8.6%] in comparison to countries such as India [7.2%] and Afghanistan [2.7%]. This shows that some of the cases in the UK will have a link with Pakistan and other nations.

British youth and individuals with special needs have been most vulnerable to forced marriages.

Cities from these regions such as Birmingham, Bradford, Reading and Luton are densely populated with members of the Mirpuri/Kashmiri community. Thus more than half of these cases are linked to families belonging to small Kashmiri towns and the city of Mirpur.

In December 2011, the government identified key actors and change agents to sought views in connection with their forced marriage consultation. Responses were sought from various stakeholders and key partners including the police, affected parties, professional practitioners and third sector organisations. 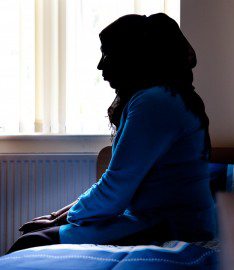 Familiar themes emerging from the consultation were effective implementation of civil remedies, further clarification of arranged and forced marriages, cultural and religious targeted interventions and education in schools, promoting a mainstream stance on forced marriages.

There has been a number of cases related to the British Pakistani community, where parents have arranged a marriage without the consent of their children. Many of these cases have eventually led to honour killings.

The recent murder case of Shafilea Ahmed is a prime example of why we must address the difference between an acceptable arranged marriage, and one where the victim is pressurised to marriage. This is often the case with young girls from the Mirpuri/Kashmiri community, who often travel to Pakistan, not knowing that they are about to get married.

In light of the forced marriage consultation, the government has decided to make forced marriages a criminal offence. The proposed legislation aims to protect some of the most vulnerable groups within the Pakistani community, including victims affected by sorcery, blackmail and those with complex learning difficulties.

Some former victims of Pakistani origin feel it is too late for many alike, including those who fought forced marriages and those who became a victim of it. Others have welcomed the decision to potentially ban forced marriages and feel it was long overdue. Those in support feel that a new law could act as deterrent and empower victims to take a stand. 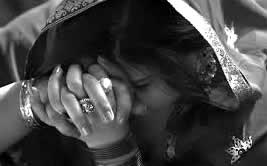 One victim of a forced marriage, Farheen, a 31-year-old single mother of one from Sparkhill, exclusively spoke about her story.

She said, “When my parents found out about my relationship with a student at a university in Pakistan they hastily accepted another proposal. Refusing to accept this relationship my parents arranged a quick fix and I was married within 15 days. After arriving in the UK, I faced marital problems, leading to an eventual divorce.”

“I wish now I had taken a stand, but I went ahead with the wedding for my mums sake as I did not want to upset her. But in some ways my traumatic journey has made me a stronger person today. I am a survivor of a forced marriage,” she added.

Looking to the future she said:

“I will marry again and this time it will be a love marriage on my terms without any compulsion.”

Individuals in similar situations will half-heartedly agree to protect the ‘Izzat’ [respect] of their families. Though there are more females [87%], which enter into a forced marriage as opposed to men [13%], occasionally conditions can work quite reversible. 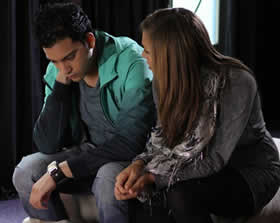 For example, newly married men coming from Pakistan are also victims of abuse at the hands of their spouse and families. They become what is commonly defined as ‘Jangi Quaidis’ [Prisoners of War] in their new homes.

Besides testimonials, forced marriages have been well documented across a range of film genres. For example, the British film ‘East is East’ [1999] touched upon stories of forced marriages: a British man of Pakistani origin forces his two younger sons into marriage after his elder son leaves home to escape the same.

Overly compromised forced marriage in the Pakistani community can work for some people, but nowadays many feel taking a stand is a far better option. Today’s generation will often date and get to know a person before they contemplate marriage. Unlike arranged marriages where both parties have given mutual consent, forced marriages usually end in disaster.

In the case of forced marriages within the Pakistani community, the future seems never there; it takes too long to arrive. The issue is problematic because it promises victims some sort of justice, but at what cost?

Independent thinking of this matter should move from the past to the present to the future – ‘justice will prevail’. A good starting point would be if elders and community leaders raised further awareness of this social matter, which has affected many people from the Pakistani community.

Faisal has creative experience in the fusion of media and communication and research which increase awareness of global issues in post-conflict, emerging and democratic societies. His life motto is: "persevere, for success is near..."
Chicken Supplier admits Cleaning with Y-Fronts
How Patriotic are British Asians?