A Chicken supplier who cleaned his premises using his neighbour’s knickers sold up to 30 tons of unhygienic meat to takeaways.

A makeshift butcher and chicken supplier from Bristol admitted distributing twenty tons of unhealthy chickens every week to takeaways and kebab shops in the South West of England. The director operating from a backstreet filthy processing plant will have to wait until 2013 before he is sentenced.

Kamran Ajaib, 27, of Hamza Poultry Limited used scruffy underpants to clean dirty processing machines at his illegal plant situated in Maggs Lane, Fishpond. The plant, not officially licensed, was operational without fulfilling basic health and safety requirements. Apparently, there were no hand wash basins and knife sterilisers at the unit.

On a weekly basis, chickens were supplied to restaurants and fast food joints not only in Bristol but also in cities as far as Swindon, Cardiff, Newport and Swansea. 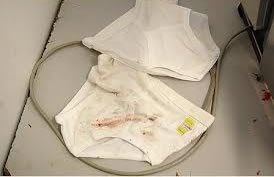 Officials from Bristol City Council had raided the plant and seized equipment, material evidence and some Y-fronts. Environmental officers from the local authority claim a customer had reported a metal wire at a chicken outlet, which led to this raid.

To make matters worse for Ajaib, he failed to obtain the necessary food and hygiene approvals and licensing to work with meat. We even spoke with two prominent Halal certification bodies, namely Halal Monitoring Committee and Halal Food Authority. They too confirmed they had not certified this organisation.

At Bristol Crown Court, Ajaib of Gordon Road, Whitehall, pleaded guilty to 16 charges of failing to comply with food hygiene regulations from June 2010 to May 2011. However, he denied that chickens were cut on site.

At a previous hearing at Bristol’s Magistrates court, the director and co-defendant of the aforementioned company claimed the chickens had arrived in boxes from European approved factories and were left untouched.

It’s quite simple that Mr. Ajaib was potentially scheming some quick money as a result of his family enterprise. 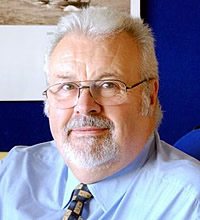 John Barrow, principal environmental health officer from the council said during the raid they had found evidence, which proved that the cutting of meat and preparation had taken place at the premises.

Following a complaint lodged by a customer who found a metal wire at a takeaway, officers from the council decided to further investigate this matter. Thus Bristol City Council in a joint operation with the police raided the unit in question.

It was estimated that anything between 20-30 tons of meat was supplied at these food places each week. The seized equipment, utensils, and items of clothing counted as crucial evidence, which led to prosecution.

In May 2011, magistrates ordered that the four tons of meat detained during the raid could be destroyed following an application made by Bristol City Council.

Kate Burnham, representing the council, successfully applied for this order. She said:

“It doesn’t matter whether this meat is fit for human consumption or not. It is simply because they have not got the right licenses in place.”

A photograph showing a box of white underpants covered with meat was presented to the court. It is widely believed that the briefs had come from the next-door business and were being used to clean miscellaneous stuff at this excessively active meat plant.

In defence, Ajaib told an earlier court that this business was not really his cup of tea and he only took over to help his family. He claimed that he had no clue on how to run the business and was managing it because one of his brothers had been ‘locked up’ months before the raid.

He said he was not aware that he needed a license for this kind of business and that the equipment found on site belonged to a butcher who owed him some money.

This was an interesting ploy by the defendant considering that over the years many cases related to food hygiene, mixing of ingredients and correct labelling of meat had been broadly publicised. For example, recently Birmingham trading standards seized chickens in a Halal labelling probe. 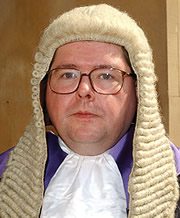 Ajaib, who appeared before court last week, was given some good and bad news – if anything given news, which he probably did not want to hear. Ajaib was given temporary relief as judge Julian Lambert adjourned hearing until March 2013 and released him on bail while further investigations were being carried out.

While a detailed probe into Ajaib and his organisation is carried out, the judge cautiously told the defendant; “I take a serious view of this matter. All options are open to me. I do not think you will necessary leave with your liberty.” Ajaib could face a jail sentence of a maximum two years and fine, in connection with these offences.

For many who were unfortunate to have eaten at some of these supplied food places, ‘this is disgusting’, whereas for others this is a big wake up call. At a time when communities are trying to protect the right to eat what they feel is lawful, there is also a need for awareness of effective food and hygiene practices. In this case, it was a pair of y-front pants, next time it could be something far more severe.

Faisal has creative experience in the fusion of media and communication and research which increase awareness of global issues in post-conflict, emerging and democratic societies. His life motto is: "persevere, for success is near..."
Amir Khan and Haroon beat Car Thieves
Forced Marriage highest in Pakistan