“It is more important than ever that everyone in the UK is aware of the warning signs.”

The Forced Marriage Unit (FMU), formed by both the Foreign Office and the Home Office, announced in a new report that it had aided 1,485 victims across 60 countries last year, including Asia, the Middle East and Africa.

The FMU also revealed that it had managed to rescue its youngest victim in the UK: a two year old child. Unsurprisingly, the discovery of the child’s plight became headline news across British news and tabloids this week leaving many English natives shocked and outraged.

But for South Asian and Middle Eastern communities in particular, such news is not really news at all. 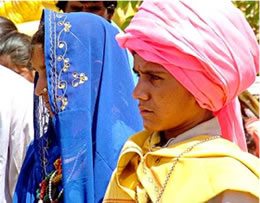 The two-year-old is just one of 250 children that were saved by the FMU last year. Such a figure indicates how very real the danger is for young people, even living and growing up in Britain.

In 2009, it was estimated that between 5,000 and 8,000 young people in the UK were coerced into marriage each year. Most of these derived from a South Asian background, although Greeks, Turks, and Arabs were also highlighted.

A young girl, Taz, recalls how she struggled away from forced marriage on several occasions. Speaking to the BBC, she explained that her parents had tried to force her into marriage when she was 14, but she had refused. They then tried again when she was 16, but she responded by trying to commit suicide before eventually running away from home.

“I was terrified because I didn’t know anybody, I didn’t know what to do and what will happen but one thing I did know. I wanted to have my freedom, I was still a child.” 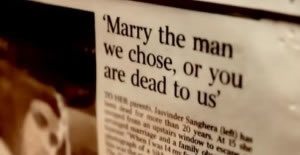 At present the Home Office is able intervene in cases where the child is under 18, removing them from home and placing them under the protection of Social Services. In these instances, they are also able to prevent wedding ceremonies from taking place.

Foreign Office Minister, Mark Simmonds said, “Forcing someone to marry is an appalling and indefensible practice which is why the Government is committed to eliminating it, with young people particularly vulnerable.”

It is estimated that 16-25 year olds are at the biggest risk of such coercion by relatives and family members. The FMU also found that girls were at a much higher risk of being made to marry against their will at 82%.

Of the 1,485 cases that the Foreign Office dealt with last year, 47% originated from Pakistan, 11% from Bangladesh and 8% from India. Pakistan remains the highest culprit of forced marriages, and many of these cases are beginning to relate back to the UK.

The problem remains that only a small percentage of these cases are reported by the victims themselves or by those around them. While Cameron has promised to make forced marriage illegal in England and Wales by the end of this year, more community support is essential to ensure that vulnerable children can be successfully helped.

Changes in the Forced Marriage Act 2012, sees the Government consider forced marriage as a criminal offence. Parents caught abusing their children in such a way could face a jail sentence of up to two years and a criminal record. 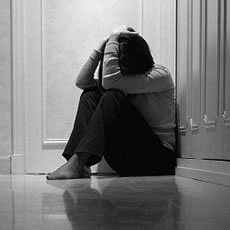 A Forced Marriage Protection Order has also been introduced for those who are primarily involved in forcing a victim into marriage and can extend as far as to those who take a much smaller role in aiding or abetting. Courts are able to issue such orders if they feel that parents or relatives have too much of a stronghold over the victim in question. It is thought that the Protection Order will prevent forced marriages reoccurring within the same families.

The new Act will also allow victims to annul their marriages if found that they took place against their will, while they were in fear, or if they were under duress at the time.

Another victim, Sarah, who was married at 16, admits that it was only much later when she realised her parents had coerced her into marrying her husband.

“I’d just finished my GCSEs and I didn’t have anyone to turn to apart from my family. My parents said I would shame them if I didn’t go through with it. I didn’t want to lose my family so I had no choice but to marry Anil.”

Sarah later divorced her husband with the help of solicitor’s and a women’s organisation years later. But her decision created more tensions within her family, who threatened to remarry her again. 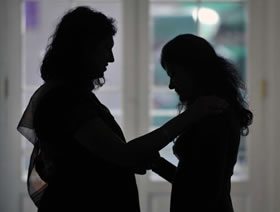 “Today I’m finishing my degree, and enjoying every minute of it. I hope I’ll get married again one day, but next time it will be to somebody I choose. I hope that one day my parents will see that what they did to me was wrong and that I’ll have a relationship with them again. I feel as though that day might come, but it will take time,” Sarah says.

The FMU study also found that children and young people with a disability and different sexual orientations were also at a higher risk of being forced into marriage. There were 114 cases involved with disabilities, and 22 cases where the victim viewed themselves as being lesbian, gay or bisexual.

In response, Freedom Charity has launched a new smartphone app to encourage young people in difficult situations to reach out for professional help.

The app is designed to allow victims to contact social services and the police if they fear for their safety.

Aneeta Prem, founder of Freedom Charity said, “It is more important than ever that everyone in the UK is aware of the warning signs of a forced marriage.” 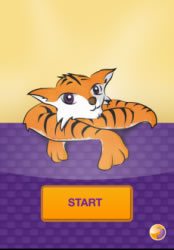 “By downloading the Freedom app, developed in conjunction with the Government’s Forced Marriage Unit and the Metropolitan Police, the user is just a couple of button presses away from life saving help.

Jeremy Browne of the Home Office said, “Forced marriage is a devastating form of abuse that is absolutely unacceptable in our society. The new figures show an alarming number of victims, including the young and vulnerable.”

Freedom Charity and the FMU are also urging schools, friends and community locals to keep a lookout of possible signs of forced marriages.

The FMU has increasingly developed its campaign with guidance and support for third party professionals. Workshops and events have also been introduced to educate local communities more about the dangers of forced marriages.

Although government intervention is beginning to slow the pace of forced marriage cases for those under 18, there is a significant fear that they are outweighed by the number of unreported cases in the UK.

It is hoped that with the aid of the freedom app, more victims will be able to save themselves from threat and harm.

More information about forced marriages, or if you are a victim yourself can be found on the Forced Marriage Unit website. Alternatively, you can contact their helpline on 0207 008 0151 or email: fmu@fco.gov.uk

Aisha an English literature graduate, is a keen editorial writer. She adores reading, theatre, and anything arts related. She is a creative soul and is always reinventing herself. Her motto is: “Life is too short, so eat dessert first!”
David Cameron’s trade visit to India
The Rise of British Asian Actors