Whether it’s an annual holiday or the inaugural gap year, the increase of travel these days has left us craving exotic foods from all corners of the globe. The dish of the day: fusion food.

Not all foodies are enamoured with fusion food. It’s a hard task to master.

Fusion food is the union of culinary traditions from two or more countries.

It takes the stand-point that any ingredient, from anywhere in the world has the potential to be cooked and eaten together.

The outcome? New and exciting taste combinations that cross political and geographical barriers.

This fusion phenomenon occurs in culturally diverse places; places with high levels of migration. Essentially, fusion food stands for the acceptance and assimilation of one culture into another.

A single country can become a melting pot for many cultural tastes and practices. Food becomes a political statement. A marker in time of one culture’s approval of another. Examples of fusion food include Tex-Mex, Pan-Asian and most notably any Indo-European union. 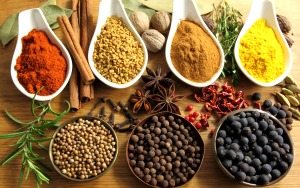 The borrowing of cooking methods and ingredients are as old as exploration itself. Explorers have bought and sold dried ingredients for centuries.

Dried produce can be transported easily without spoiling in transit. Spices such as ground ginger have been absorbed into worldwide cooking for generations.

We all strive for variety, and fusion food encapsulates this desire. Fusion food screams travel and worldliness. The affordability of long-haul travel to distant places like Thailand or Brazil has meant that we can titillate our own taste buds. We become the explorer. We bring home our own ideas and recreate them with our own take on a dish.

Fusion food can be adopted in one of two ways. Produce from one nation can be used in the everyday cooking of another. For example the wholesome potato’s roots actually lie in Peru. Or, equally, a national dish can be absorbed and tweaked by another nation. One cue that a cuisine has successfully infiltrated a society is readymade supermarket versions. Take for example curry sauce, lasagne or even sushi. 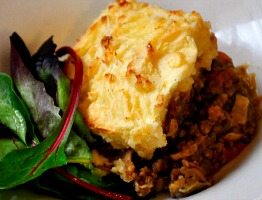 Anglo-Indian cuisine is a perfect example of successful assimilation of one culture into another. Curry has found its place in the heart of all Brits. It has even been coined as ‘Britain’s national dish’.

There truly is no greater accolade. Its acceptance has been further concreted in Britain’s curry capitals. Birmingham’s balti triangle draws in throngs of Brits to sample what they believe to be authentic South-Asian delicacies.

So why is Indian food so successful in Britain? Surely the exotic spices of India are a far cry from the bland traditionalist dishes of Britain. One reason – curry has been modified for the British palate. Fusion food really only works if foreign flavours are made more palatable for another culture’s taste. 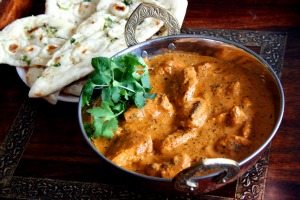 However, others argue differently believing colonisation caused the creation. Either way, its success on the British palate is clear.

Another example of successful cultural fusion is Indo-Chinese cuisine. Its origins lie with a small immigrant Chinese community from Calcutta.

The modification of Chinese cooking techniques and flavours to suit the Indian palate has meant that Indo-Chinese is highly sought-after by Indian communities.

Again, what makes this cuisine so popular is that it’s tailored to the right audience. Taking one cuisine – Chinese – and adding familiarity to it. In this case by adding chilli, garlic, cumin and coriander.

“Indian Chinese cuisine involves a different cooking style. We use a lot of red and green chillies, coriander, peppercorn and garam masala. The end result has got to be spicier dish with a heavy flavour.”

However, not all foodies are enamoured with fusion food. It’s a hard task to master. One chef explained that: “You need to understand food. The ability to use whatever ingredient doesn’t mean you should.” 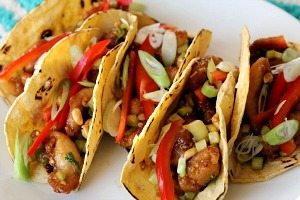 Some critics say fusion food strikes them with fear. When done well, it breaks the mould. When done badly, the consequences are repulsive. Critics have coined fusion food as Con-fusion food.

They suggest we leave it to the professionals or just leave it altogether. But why would we want to consign ourselves to that? We’re all aware that not every flavour is going to work with another, but we want the chance to at least try new flavours.

So remember, the next time you’re eating wasabi mash potatoes, Mexican lasagne or Kung Pao chicken tacos, fusion is the future. The world will never return to its former isolation. Travel, migration and globalisation have been key in creating this universal change.

We can only become more and more intermingled and food will map our progress. Yes, the sceptics amongst us may claim it’s all con-fusion food, but this is the future. Today, no culture or nation can be taken in isolation. We can’t move backwards. But then again, why would we want to?

Jacqueline is an English graduate who loves fashion and culture. She believes that the best way to learn about the world is to read and write about it. Her motto is “Logic will get you from A-Z. Imagination will get you everywhere.”
Five Top Punjabi Dishes
Soul Tree ~ A Taste of Indian Wine