True Indian wine embodies the heart and soul of India. UK based company, Soul Tree Wines offers the best wine that India has to offer, sourced from the rolling valleys of the Western coast.

"The ambition [is] not just to sell Indian wine, but to put Indian wine on the global map."

Good wine and good food is perhaps one of the best combinations nature has ever devised. Whether you opt for the classic Pinot noir, Chardonnay, Cabernet Sauvignon, Gamay or Merlot, wine drinking can be the source of true satisfaction to any sit-down dinner or meal.

But why, with so much emphasis made on the popularity of Western wines the world over, is it that Eastern delights are pretty much left on the back shelf, untouched. How many of you can say for instance, that you have sampled the rich tropical yet spicy taste of Indian wine?

Soul Tree Wines encapsulates the very essence and spirit of Indian culture and tradition. It offers wine of the highest calibre and quality. Formed in 2009, founders, Alok Mathur and Melvin D’Souza, both MBA graduates from Oxford, sought to open the doors for Indian wines to be recognised across the world:

“Indian wines stood out as an opportunity where we could really make our mark. And here we are about four years down the line doing fantastically well, and the wine has been brilliant,” says Alok. 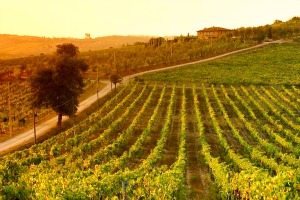 India in a bottle is how founders Alok and Melvin would describe their unique tasting wine. But how can one drink capture the essence of one great and multifarious nation so easily?

It is actually quite simple. One small taste has the ability to transport you back to the distinct Indian earth from whence this wine evolved.

To the sand and soil of rural villages and the rolling landscapes and dry earth. To tropical nights and green fields. To monsoon rain and impregnable heat. Farms, cattle and auto-rickshaws battling mile-long inner-city queues.

To the smell of spice and curry from street vendors and exclusive fine dining of inner Mumbai. The open markets and the un-sewn cloth, dyed, pressed and hung.

To holy rivers and week-long festivals, a burgeoning metropolis and people on every street corner. To Bollywood dance and song and an inner hustle and bustle of daily life. This is the true taste of India, fermented and bottled.

In a small city, four hours from Mumbai, lies the city of Nasik surrounded by fields of grape farms and vineyards. It is here, in the heart of Indian wine country where the real magic takes place.

Nasik has the perfect climate for wine making, tropical throughout the year with a mild winter. At an altitude of 1870 ft. it sits unobtrusively on the Western coast. Although one of India’s smaller populaces, it is largely considered to be the wine capital of India, and it is here where 80% of the nation’s wine is produced. 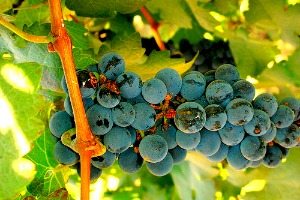 The warm days and cool nights are ideal Mediterranean temperatures for growing grapevines. For this reason, the balanced soil can easily grow many different varieties of grapes, and wines that have distinct characteristics:

“India has been producing wine for 5,000 years. But wine was lost for a significant period in between.

“For about 150 years there was no wine produced in India. So the modern Indian wine industry only restarted about two decades ago,” says Alok.

While India’s wine industry was greatly encouraged during both the Mughal era and the British colonial period, certain events caused the industry to rapidly deplete.

The end of the 19th century saw a devastating grape phylloxera epidemic that wiped out the majority of the grape vineyards in Europe and across the globe, including India. Later in 1950, many Indian states chose to ban alcohol production and consumption completely, which led to vineyards being abandoned or converted into other farms.

It was only in the 1980’s that a shift back into wine making emerged. New industries and farms were built with the help of notable French winemakers who imported various varieties. 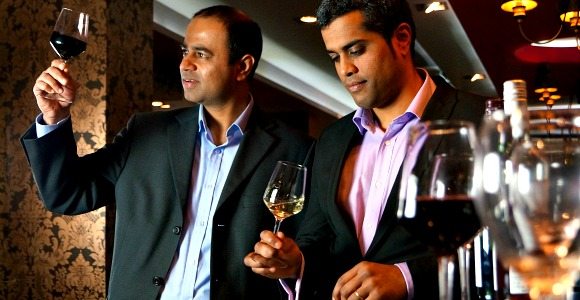 “The shift back into wine is taking time, it’s slow. But with the strength of the Indian middle class we have about 300 million middle class people and 300 million people below 25 years of age, the growth is rapid. So it has suddenly become something that is fashionable, in vogue. People want to drink wine and be seen to be drinking wine.”

It’s rich character combined with a distinct taste has surely propelled them into vogue status. Indian wine has most definitely become something to watch out for:

“The ambition [is] not just to sell Indian wine, but to put Indian wine on the global map,” says Alok. For this reason, both Alok and Melvin decided to break into the ever-booming wine market here, in the UK:

“The UK is one of the most important wine markets in the world. If you look at the biggest consumers of wine worldwide, I think the UK is number three or four, in terms of volume. 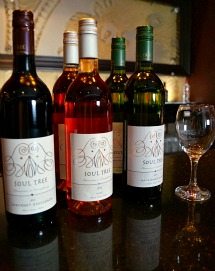 “In terms of per capita, it is probably the top two or three. It has certainly been one of the most influential wine markets,” says Melvin.

Significantly then in India, wine consumption per capita is only 9ml, a tiny amount that indicates the huge niche market available for Indian wine makers to take advantage of.

This being said, the UK offers the perfect platform in which to propel the Soul Tree brand forward. And there is nothing standing in their way.

Situated in one of the most lucrative wine markets in the world, wine drinkers are notorious for their adventurous tastes.

To taste as many different varieties of wine as possible, is every wine aficionado’s dream, and this is where Soul Tree can make its impact. What better counterpart for a curry-loving nation than a tropical and fruity wine from its exotic pair?

“The wine is being produced in India, 4,500 thousand miles away. We are trying to create a niche that doesn’t yet exist,” says Alok.

Soul Tree Wines has created a series of wines launched in 2011. Among these include a Sauvignon Blanc which exhibits a crisp and pleasant taste; a Cabernet Sauvignon which has an intense and spicy kick; and the fruity and versatile Rosé that can be paired with almost any social occasion.

Soul Tree have already successfully established themselves as one of the wine brands to watch out for in the UK. With their varieties already popular in many top restaurants across the country, Soul Tree, who is proudly carrying the banner for India, is one name that we won’t be forgetting anytime soon.

Aisha an English literature graduate, is a keen editorial writer. She adores reading, theatre, and anything arts related. She is a creative soul and is always reinventing herself. Her motto is: “Life is too short, so eat dessert first!”
Exploring Fusion Foods
Nominations Open for English Curry Awards 2013