"It was wonderful being recognised for the work I did."

Bala Thakrar was born in Uganda. She settled in North London with her parents and eight siblings as refugees in 1972. This was after the President of Uganda, Idi Amin, exiled all African-Asians, most of which came to the UK.

Like most refugees they came with nothing and suffered from financial hardships. During this time racism was mounting with the strong presence of the National Front, but Bala and her family soon learned how to integrate within British society:

“There needs to be a better understanding for cultural prejudices to be overcome. Having said that, Britain has come a long way if you think back to the time when there were signs saying: No blacks, No Irish.”

The infamous saying, ‘Charity begins at home’, couldn’t be any more applicable to Bala’s life. Her beliefs centre on humanitarian aid having founded the Asian Foundation for Philanthropy (AFP) and Apna Ghar, the first housing association for disabled Asian people in the UK.

But she was never an ambitious youngster and had no set plan for the future in terms of career aspirations: “It amazes me when I hear young people now talking about their career plans and five year goals. I didn’t have that. I just followed my passion and that was to work with people from marginal life communities.”

She was fortunate enough to be able to study Economics and International Development at (what is now) Westminster University in the 1980’s. It wasn’t a course that other Asians in the community were doing and it was at this point that Bala started questioning her identity and culture.

In her third year of university she desperately wanted to go travelling to broaden her horizons and discover what India had to offer. But her parents were completely against the idea of a young Asian girl on her own gallivanting around India.

They refused to offer any financial support. So Bala resorted to getting three jobs and saved enough money to go travelling for four months in India when she was 21:

“I absolutely loved and hated it. I loved the people, vibrancy and culture but what I didn’t like was the discrimination, corruption and extreme poverty. This trip was an eye-opener; it made me realise I would love to do something to support the marginal lives of people.” 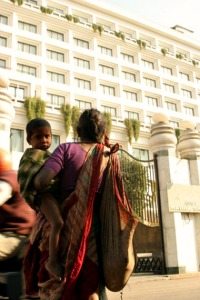 After that, Bala did voluntary work in Bombay but by then all her money had ran out. She rang her father to ask if he could send some but he said no and she had no other choice than to come back to England.

Back in London Bala started looking for work. Her first job was with the British Refugee Council working with political asylum seekers and victims of torture.

She went on to work for a small housing association helping Asian communities. It dealt with issues of domestic violence, run-away girls and families who struggled to look after their elders:

“I was part of quite an innovative and pioneering team looking at social issues in our community and providing support. It was cutting edge because nobody else was addressing these issues.”

One day after a meeting in her local hospital, she stumbled across a group of disabled Asian people who expressed their need to live independently having felt restricted by their over-protective parents. Bala would constantly tell her director they needed to address the issue of disabilities especially amongst the Asian community as people were afraid to ask for support.

So Bala worked with them to target this issue and this led to her founding the UK’s first housing association for disabled Asians in 1979, called Apna Ghar. However, she faced many challenges setting up Apna Ghar. The biggest being that the Asian community weren’t open about issues of disability or mental health.

But Bala was proud to expose the fact that these issues existed amongst different communities and cultures and reassured them support was available. Bala admits that if she wasn’t born within an Asian culture she would never have set up the Asian Foundation for Philanthropy in 2005. 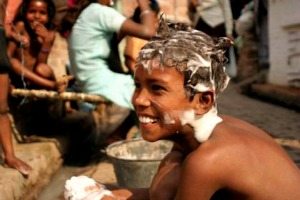 AFP is a UK-based charity working with grass-root charities in India and helps British Asians engage with social development in India increasing the need for a humanitarian society: “I feel as individuals we have a moral duty to help those who are unable to help themselves.”

In light of this, Bala was overwhelmed to have received the Social and Humanitarian Award at the Asian Women of Achievement Awards in 2008:

“It was wonderful being recognised for the work I did. It felt nice to be appreciated and it helped in terms of profiling the work I do with the organisations I’ve set up.

“My mother gave me the confidence, encouragement and belief that I could make something of my life. Considering she wasn’t well-educated and didn’t have the opportunities that are available to women now, she gave us choices, which was a powerful thing.”

Bala’s advice to young British-Asian women: “The world is your oyster it is for you to decide what you want to make of yourselves.”

“The current generation has more opportunities; society has changed and is more accepting. When I went travelling it was completely unheard of but for a young Asian girl now it’s not an issue,” she adds.

As for the future, Bala wants to continue with her philanthropy work and the two significant organisations she has established:

“Hindsight is always a good thing because you always think you should have done things differently but I don’t regret any of the steps I took in my past, I’ve loved every minute of what I’ve done but there’s still a lot more to do.”

Bala truly signifies what courage and determination in an individual can do to help others. With the right mindset and outlook, anything is possible.

Jennideep is an avid member of the editorial team, who enjoys traveling, reading and socialising. She has an enthusiastic approach to all that she does and a passion for life. Her motto is: "Life’s too short so just live, laugh and love!"
Popular Asian Cities in the UK
The Rising Popularity of Shisha