"we wanted to deliver quality food"

Two brothers opened gourmet restaurant Burger Bros in Kidderminster during lockdown in February 2021 and it is a huge success.

The restaurant has been very popular among locals.

However, it has not always been an easy journey for Taz and Shahbir Miah, who had to overcome the obstacles caused by lockdown as well as a family tragedy.

Taz explained that the idea came during the first year of the pandemic when they noticed a gap in the market.

He said: “The coronavirus pandemic changed our eating habits.

“From March 2020 to around September 2020, people were eating the same, repetitive food.

“We thought there’s a gap here, we wanted to deliver quality food and good burgers that fill you up.”

Taz, who works as a business manager at a bank during the day, said they decided to follow in their father’s footsteps.

He owns a restaurant in Bewdley as well as several other takeaways.

Taz continued: “We started experimenting with different foods and flavours at home as well as contacting suppliers.

“I used my house deposit, which was a big gamble.”

They found a venue in the heart of Kidderminster town centre. 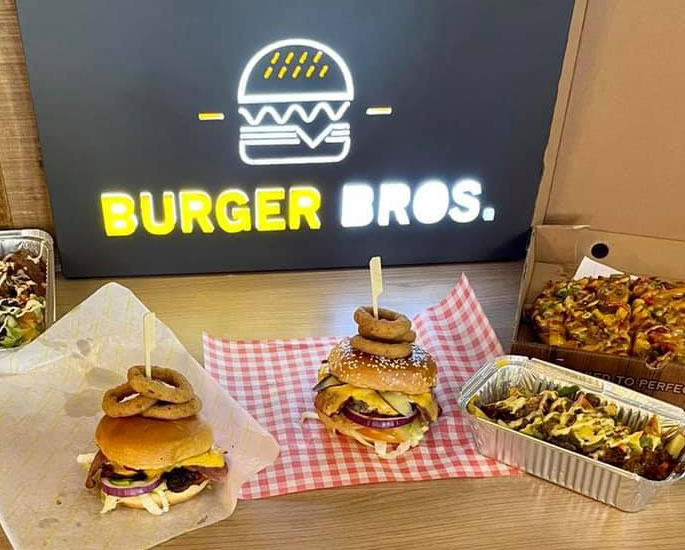 However, leading up to the restaurant’s launch came a family tragedy.

Taz revealed: “We lost our mum in March to cancer.

“That was the biggest challenge, Covid wasn’t the main issue for us.

“Around November we were excited about the new ideas for the business but my mum’s health quickly deteriorated.

“We had a business people were excited about but we were going to hospitals at the same time. The week we opened in February was a very emotional week.”

Taz went on to say that balancing a full-time job as well as the opening of a new business meant he did not get to spend as much time with his mother as he wanted.

He said: “We lost that time with my mum but she encouraged us to keep going.

“Life throws you curveballs, you can’t give up. For me losing that time means I’ve got to make sure all of this is worthwhile.”

As they struggled with their grief, they also had to face the challenge of launching a business during lockdown.

Taz said: “Lockdown did have an impact. Not a lot of people were out and about, people were staying home.

“At first the majority of orders were deliveries so that was a lot of pressure initially.”

But the brothers persevered and Burger Bros has become known for quality, gourmet burgers.

Since launching on Uber Eats, the restaurant has received hundreds of positive reviews.

Going forwards, Taz says the business looks to provide deliveries on Just Eats and reach out to potential customers outside of Kidderminster, in towns such as Bewdley and Stourport.

Currently, the business is financially sustainable and has seven staff members.

Taz added: “We created jobs during a pandemic. Never give up, if you have a good idea you need to run with it.”

Dhiren is a journalism graduate with a passion for gaming, watching films and sports. He also enjoys cooking from time to time. His motto is to “Live life one day at a time.”
Viral TikTok Video helps Restaurant out of £50k Debt
Understanding the Ayurvedic Diet