Tax fraud and evasion among the Asian community is not an uncommon occurrence, but is it an acceptable thing to do? DESIblitz takes a look at what happens when people succumb to tax deviation.

“To evade tax is illegal. But to avoid tax is perfectly legal.”

Tax might seem like one of life’s unnecessary evils, taking hundreds – and sometimes even thousands – of pounds from our hard-earned wages each year.

It may seem like a pain, but without it, we’d have no free healthcare, armed forces, police force etc. But what happens when we don’t want to pay it?

The majority of workers in the UK have to pay tax of some sort and the amount that you pay depends on your earnings. Most people just write it off as something that has to be done.

However, more and more people are thinking of new ways to avoid paying tax. HM Revenue & Customs (HMRC) have calculated that the tax gap – the difference between what is owed and what is collected is about £35 billion, which is 8% of the total amount of tax due. 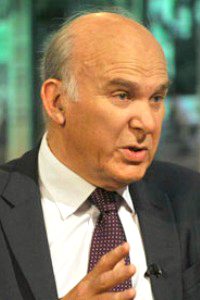 Tax avoidance accounts for 14% of this gap – around £5 billion or 1% of the tax due. International evidence suggests that this is probably one of the lowest tax gaps in the world. This is because the vast majority of UK taxpayers do not avoid or evade tax.

The British Asian business community generates a massive amount of revenue in the UK each year, with over £60 billion being generated in London alone. Business Secretary Vince Cable says:

“The growth of British Asian businesses in the UK has played a major role in contributing to the economy and creating thousands of new jobs.

“British Asians have long played a dynamic role in the business community. Their growth is essential to job creation and national economic recovery, as is the emergence of a new generation of Asian entrepreneurs.”

The vast majority of people in the UK don’t try to avoid tax: they pay the tax they owe when it is due and don’t try to bend or break the rules. However there is a small minority of people who are lured into tax avoidance schemes by the promise of big tax savings for little cost or effort.

But trying to dodge tax carries risks. Despite contributing to Britain’s businesses, British Asians all around the country are dodging tax and avoiding the consequences. In August 2013, HMRC produced a list of the 10 UK’s most wanted tax fugitives, adding an already growing list that was published in 2012. 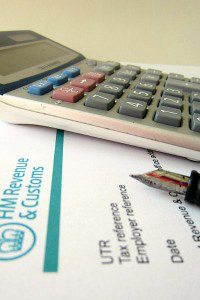 On this list is Azra Asghar, originally from Balochistan, Pakistan. Asghar and her husband Syed Jamil Asghar were both found guilty for VAT offences evading £241,000 in tax.

Azra Asghar failed to appear in Leicester Crown Court in January 2002 but received a five year custodial sentence in absentia for her part in the fraud, worth an estimated £120,613. She is now believed to be in Pakistan and the extent of her fraud is thought to have cost taxpayers £120,613.

Another tax evader wanted by HMRC is Sumir Soni. Soni, thought to be taking refuge in Kenya, is wanted in connection with evading duty of £3.6 million from the illegal sale and distribution of alcohol and the illegal importation of 9 million cigarettes, in 2007 and 2008. Soni failed to appear in court in January 2010 and a warrant was issued for his arrest.

“Tax fraud and evasion are illegal and will not be tolerated. Millions of hard-working people pay their taxes and it is they who are being defrauded. The government has stepped up HMRC’s enforcement activities to enable them to pursue tax cheats relentlessly around the world.” 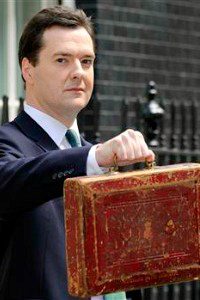 But just how easy is it to avoid tax? A quick search of the internet brings up thousands of reports from as little as £29.99, offering to school you on the simplest way to dodge paying mandatory tax.

The chosen mantra seems to be: “To evade tax is illegal. But to avoid tax is perfectly legal.”

According to HMRC, the best way to tackle tax avoidance is to prevent it arising in the first place, by designing tax law effectively, underpinned by clearly-stated policy objectives.

They consult widely with customers wherever possible on the design of tax law before it is introduced to make sure that it is proportionate and effective. George Osborne says:

“The Government is clear that while most taxpayers are doing their bit to help us balance the books, it is unacceptable for a minority to avoid paying their fair share, sometimes by breaking the law.

“We are determined to tackle this problem and HMRC are making good progress, but we are giving them additional tools to bring in more. The action we are announcing will help HMRC close in not only on those who seek to avoid or evade tax, but on the dubious ‘cowboy’ advisers who sell them the schemes and dodges they use to cheat the law-abiding majority.”

So, it seems that whilst the vast majority accept that taxes are just a part of everyday life, there are still lots of people who think that they can dodge their payments.

Jess is a journalism and creative writing graduate with a passion for learning new things. She loves fashion and reading and her motto is: “If you want to know where your heart is, look at where your mind goes when it wanders.”
The Real Threats of Online Stalking
Highlights of the GG2 Leadership Awards 2013