The Real Threats of Online Stalking

Instagram, Facebook and Twitter, the list is endless when it comes to social media sites, yet how safe are we when it comes to sharing our every move and personal details online? DESIblitz investigates the very real threats of online stalking.

These sites make it possible for us to share the minutiae of our lives. But what happens if it goes wrong?

What happens when we share perhaps a little too much and that information, whilst not seeming all that important to us, gets into the wrong hands, leaving us vulnerable to online predators?

Sharing too much information online is something that we are all guilty of – what we’ve had for dinner, the pub we’re going to tonight, declaring to our online friends that we have a free house for the weekend as the parents are away. 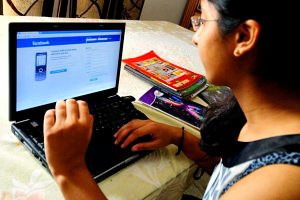 But have you ever stopped to think who can access this information? Online stalking or cyber stalking may seem unlikely on the face of things, but it’s something that can happen to anybody.

Studies by the Home Office found that 9.3 per cent of men and 18.7 per cent of women have been victims of stalking since the age of 16 (UK Home Office, January 2011). In a survey on cyber stalking carried out by the University of Bedfordshire (Maple, Short and Brown, 2011), 35 per cent of the victims who responded were men.

Membership of social networking sites is booming – as of September 29, 2013, Facebook reported that they had 1.26 billion users each month. By October 3, 2013 Twitter reportedly had 500 million users, whilst relative newcomer Ask.fm had approximately 60 million users at the end of August.

According to quora.com, around 79 per cent of Facebook users have a private profile, which means that roughly 210 million have publicly accessible profiles. Not seem like too much to worry about? 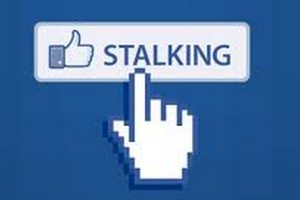 Well, factor in that 2 million friend requests are sent on Facebook every 20 minutes, and that’s a hell of a lot of online sharing.

So what happens if all of this information that we think we are sharing with friends becomes available to the wrong kind of person?

Have you ever checked into a restaurant or a pub, only to see someone you know and for them to mention seeing your location on Facebook?

Meera has: “I remember once, me and some friends went to Nandos to celebrate someone’s birthday. There were a few people we never invited as we’d had a bit of a disagreement with them a few weeks earlier. My friend, without thinking, tagged us all in Nandos on Facebook, but none of us thought anything of it.

“All of a sudden, the people we hadn’t invited turned up – they’d seen on Facebook that we were all going to be there and they were angry that they hadn’t been invited. They decided to turn up to see what was going on after seeing the tag.”

Whilst incidents like this may seem harmless, online stalking can be – and is – a very serious issue. With accessible technology like mobiles, social networks are used to harass and stalk someone the consequences can be devastating, even deadly, for victims. 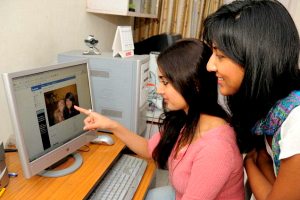 That is why you should take stalking and online harassment seriously. People think nothing of posting their telephone numbers, email addresses or even home addresses online, thinking only their nearest and dearest can see it. Wrong!

Someone who knows how serious sharing a seemingly insignificant piece of information can be is Anam Shah:

“When I first started using Twitter, I only had something like 7 followers. But after a few months, that grew to over 200. I became a little bit obsessed with it – I’d check it first thing in the morning and last thing at night.

“One day, my friend and I decided to post my mobile number on Twitter, asking if people wanted to chat. It was only meant to be a bit of harmless fun. People were ringing and texting and we were just having a laugh with these people that we’d never met.

“However, there was this one number that kept ringing and texting for weeks after – the guy kept saying all these weird things, like places he knew I’d been over the past few days, friends’ names. I had no idea how he knew these things and I started getting really creeped out.”

“I was getting about three calls a day and it made me too terrified to even leave the house. I eventually contacted the police and it turned out that this guy had gotten my phone number from Twitter, but he’d also searched for me on Facebook, which was where he was getting all of this information from. 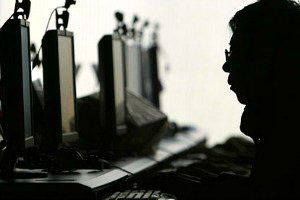 “I couldn’t believe that I’d even been as stupid as to put my phone number online – it may not seem like it, but your phone number is something that should be kept private.

Tips to keep you safe:

Ultimately though, if you are worried that you or someone you know is a victim of online stalking, contact the police – cyber stalking is fast becoming a real threat and users of social networking sites need to stay as safe and secure as possible.

Jess is a journalism and creative writing graduate with a passion for learning new things. She loves fashion and reading and her motto is: “If you want to know where your heart is, look at where your mind goes when it wanders.”
The Loss of a True Leader Nelson Mandela
British Asians and Tax Fraud