Divorce rates are on the rise within the British Asian community. The impact of divorce on Asian women is often discussed in the media, so why are the effects on Asian males often overlooked? DESIBlitz explores.

“I have very little access to my children. It really hurts. I'm their father. I should be there.”

When a British Asian woman decides to file for divorce, she is often ostracised from her community.

As writer Ayesha Khan states, her own family may even see her as “soiled.” However, when a man decides to divorce his wife, the community seem to have no problem with accepting it.

Despite this, British Asian males also face a variety of challenges whilst going through a divorce.

So what are these challenges, and why are they seen as such a taboo topic within the British Asian community?

Divorce rates are clearly on the rise in the British Asian community. In 1996, a lone parent headed just 5 per cent of British Indian families. 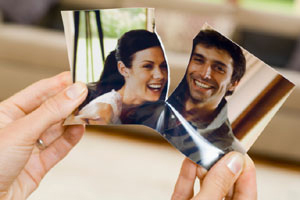 However, by 2001, this percentage had doubled. The divorce rate within British Asian families continues to rise to this day.

As a result, the subject of divorce is evidently becoming less and less taboo within British Asian communities.

Although around 90 per cent of lone British Asian parents are women, Asian male divorcees also face hardships in the wake of separation.

In particular, financial and emotional issues are the main causes for concern amongst male British Asian divorcees.

Divorce lawyer Rupinder Bains has dealt with numerous cases of British Asian divorces. Speaking exclusively to DESIblitz, she tells us: “Financially, it has become very clear that the wife is determined to take as much money as she can from her husband.”

“There is a real drive at the moment to move towards ‘needs’ based outcomes and we are really behind this approach – as long as the wife’s needs are met (and it is often a challenge to bring her needs down to an acceptable level) – this should be all that she is entitled to.” 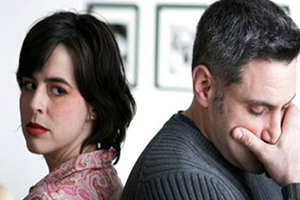 In addition to purely financial troubles, Asian men often find themselves subject to both legal and emotional trauma following a divorce.

The main legal issue is that of child custody. Bains goes on to affirm that she has been faced with doting fathers who have wrongly been accused of domestic abuse by their ex-wives.

In certain cases, the children are too young to speak in court and so the father loses all contact with them through no fault of his own.

Other legal issues are also at the forefront of the debate surrounding male Asian divorcees in the Indian subcontinent.

The recently passed Marriage Laws (Amendment) Bill allows a wife to oppose the dissolution of a marriage if it will leave her in financial hardship.

The Bill does not allow a husband to refute his wife’s claims. So, even in the case of a wife being abusive or unfaithful, a man may be unable to dissolve his marriage to her. 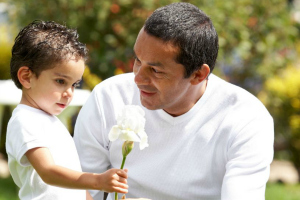 Whilst legal battles are an integral part of divorce proceedings, the most hurtful issues British Asian men have to deal with seem to be emotional ones.

In order to appear strong and resilient, many Asian men are unwilling to fully express their emotions. This in itself can lead to stress and further mental health issues, particularly when in an unhealthy relationship.

The emotional trauma men go through as a result of divorce is expressed by a male British Asian divorcee, Raj.

After Raj divorced his wife, she moved from Britain back to Canada with their two children. He says: “I have very little access to my children. It really hurts. I’m their father. I should be there.”

Raj then goes on to explain that the law seems to do no favours for male divorcees:

“If you are a woman and you have a man’s children, you can get pretty much anything you want.”

The harrowing effects of divorce on British men in particular can be seen from recent national statistics. Research shows that more than two years after a divorce, 41 per cent of men were still upset about the failure of their marriage, compared with just 39 per cent of women. 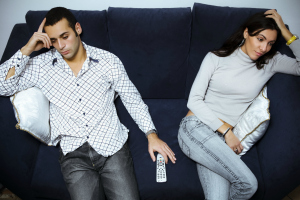 However, things are not all doom and gloom for male divorcees. Another male British Asian divorcee, Haroon, admits that both him and his ex-wife are happier now they’ve separated. He even says that in some ways, he ‘admires’ his ex-wife.

Despite this glimmer of hope, there is still a long way to go in terms of support for Asian men affected by divorce. Whilst women can find refuge with women-specific charities, there are few places for emotionally or physically abused men to turn to.

If you are a British Asian man going through a divorce, Rupinder Bains suggests that “remaining calm and proactive rather than reactive” is the key to dealing with the proceedings:

“Think in terms of strategy. Engage a good solicitor who can look and assess his position and where he needs to be at the end and tailor the case appropriately. Not all cases are the same and cannot be dealt with in the same manner,” she advises.

Whilst divorce can have devastating effects on Asian women, men too are susceptible. British Asian men have to face a biased legal system, risk having their children taken away from them and are more vulnerable to mental health issues as a result of divorce.

Although divorce is becoming a less taboo topic within British Asian society, it is clear we need to do more to give male victims of divorce just as much of a voice as the female ones.

Sascha is a law undergraduate at the University of Birmingham. As an aspiring journalist with a keen interest in fashion, travelling and social issues, she hopes to inspire anyone that reads her writing: “If you can dream it, you can do it.”
The Mother and Daughter-in-Law Conflict
Abuse of Women rising in UK Dowry Violence