The Mother and Daughter-in-Law Conflict

For generations, South Asian women have been the victims of their critical and somewhat intrusive in-laws. But is the overbearing mother-in-law the only issue, or is the daughter-in-law a difficult breed to manage? DESIblitz finds out more.

"They don’t think that they've brought home a daughter in law or wife; they treat her like a servant."

However, despite the extensive recognition of the disapproval of in laws worldwide, few question the driving force behind this mentality.

A Pakistani woman, Sadia says: “Desi parents are very overprotective of their children. They probably don’t want their daughter in law to ‘steal’ their son away from them.

“Many in laws are often very controlling because they want their daughter-in-law to know their place, to know that they’re inferior.”

Sadia’s statement reflects a harsh reality for many Asian families, particularly those of elder generations.

Sandeep has been married for only four months. But she has found living with her in-laws hugely difficult. She tells us:

“My husband’s is a mummy’s boy, and has always been close to his mother. But since we got married that all changed.

“She hates that he tells me everything and not her. She needs to realise that she’s not his son anymore in that sense.”

High egos within Asian families are an obstacle that must be crossed before they can even begin to accept a woman as their daughter-in-law.

Respect of elders, and to some extent, fear, tend to cause the husband to dismiss his parents’ harsh behaviour.

For daughter-in-laws however, it can be a difficult transition – moving from their family home to their in-laws house, and live by a new set of rules and restrictions: 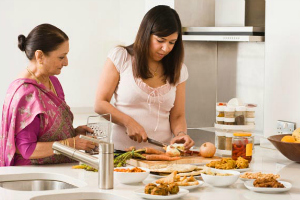 “I lived in that house for 3 years and was mistreated severely…she beat me with her hands, sometimes shoes…whatever came in front of her.

“They don’t think that they’ve brought home a daughter-in-law or wife; they treat her like a servant. But even if they accept that, they can’t tolerate her,” says Jas.

“A woman may not speak English, may not be aware of what’s available in terms of services. She may be in a situation where everywhere she goes her abuser or a family member- who may be colliding in the abuse- is actually going with her.”

Psychologist, Terri Orbuch, carried out a study which began in 1986, based on the relationship between spouses and their in-laws and its connection to the risk of divorce. 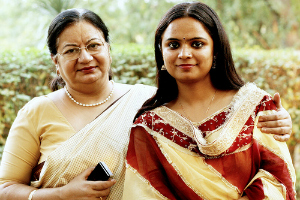 “Women value a close relationship with their in-laws but may ultimately view them as meddling while men are more interested in providing for their families, and take their in laws’ actions less personally.

So is it wrong to make the assumption that only daughter-in-laws are victims in such relationships?

The All India Mother-in-Law Protection Forum aims to support the rights of the mother-in-law. With their slogan, We are victims; not vamps, their goal is to raise awareness of the problems faced by mother-in-laws, and also remove the stigma attached to them. In one case, Pam says: 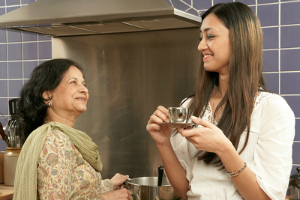 “We have tried to be a good grandparents to their children. She has kept us at arms length for a couple of years, and now with them. Not making them be respectful or grateful.

“My son does when he is around, she doesn’t at all. She just laughs. We love the kids so much and anytime we try to teach them or correct them we are just ignored. It’s like she doesn’t want us to be their grandparents.

“Our daughter in law treats us the same way. She has become rude and horribly crude at family functions. Often times showing up drunk or stoned.”

Frighteningly enough, a study conducted by Helpage India, a non-governmental organisation working for elderly health care, found that 63.4 per cent of elderly abuse was committed by daughter-in-laws. 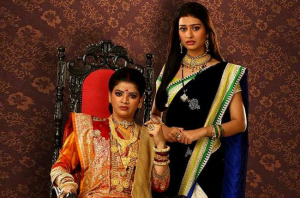 She mentions that her role as the mother-in-law in the show is not negative, rather ‘strict and disciplined’.

She adds how although Indian television is making an attempt at moving away from the ‘saas bahu sagas’, these are the ones that work the best on television.

Despite the extremely negative image of the mother-in-laws, it is evident that steps are being taken to eradicate these stereotypes, both in India and in the West.

Whether this will continue to be a problem for future generations remains to be seen. But it is clear that the key to accepting a daughter-in-law in the family is a mutual respect for differences between in-laws.

Lead Journalist and Senior Writer, Arub, is a Law with Spanish graduate, She keeps herself informed about the world around her and has no fear in expressing concern in regards to controversial issues. Her motto in life is "live and let live."
Is Child Sex Grooming a Pakistani Problem?
British Asian Men and Divorce