Are Asian men of today Not Real Men?

What constitutes a ‘real man’ today? Dripping with testosterone, wielding a hammer and a toolbox; a man that women say, ‘Oh yes please’ to? Is that the new rough unshaven idea British Asian women now aspire for their ideal men?

"I can see what is expected nowadays but I am sick of feeling inadequate and constantly changing."

A man in the kitchen was once unheard of in even British Asian households. It became quite the appealing image once laden with a well groomed, toned, attractive male in a mini apron. The considerate metrosexual man was a gleaming golden treasure.

Like melting gold or steel, age old trades and techniques have remained the same over centuries, oozing picturesque strength, beauty and skill; many would say even revered like respect for elders that is common amongst many British Asian families even today.

A different view would be to look at the habits of the old. Not all traditional ideals and customs are held in such regard. Who could argue much about the patriarchal ideologies that relied heavily on the subordination of women and was often the cause of vast amounts of oppression? 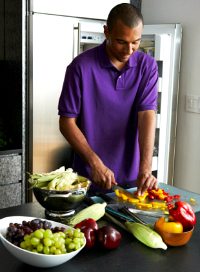 The role of men especially within the British Asian population remained constant even though continents where they live had changed. Hema, 20 said: “My dad never washed a dish or picked up an iron in his life and outright refuses to be seen in the kitchen even today.”

Within recent decades, there has been a significant change to men’s roles and how they are perceived as well as accepted.

With such a continual change in the demands of men, can they or do they even want to become that perfectly forged piece of iron support that women desire?

Or is the constant beating, hammering down not actually refining but instead damaging the role of a man against the hard anvil of demands made by British Asian women today?

Some argue that this is suppressing the natural masculinity of men and has truly gone beyond achievable or agreeable qualities for British Asian couples today.

The demand for pristine looking men who take pride in their appearance has resulted in the increased availability and demand for men’s beauty products. Women are complaining their spouses take longer than they to get ready and are miles ahead in booking their own salon treatments. Now these traits are said to be turning them into ‘softies’. 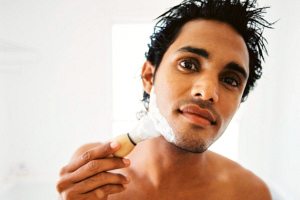 Could it be that women are just picking and choosing between their desired qualities and skewering men like a piece of meat in a kebab? With men tightly sandwiched in a resentful choice of conforming or at risk of being seen as not changing with the times.

Anand, 31, comments: “I can see what is expected nowadays but I am getting sick to death of being forced to feeling inadequate and constantly changing.”

Many comments indicate that even men feel uncomfortable with having to hide their natural instincts and traits for the sake of political correctness.

Imran, 24, says: “I admit I look slick so does my girl, but I ain’t doing no cooking when I get married.”

Corralled into modern day living and whipped into obedience, the male stallions of the past are now stamping their hooves to fight out and run wild and free. Not to be the olden day chauvinist but a majestic modern day well-adjusted spirit, unafraid to speak their mind and say what they want.

“Well if women treat men like horses then when they saddle up they better be prepared for the ride and not try smoothing everything over!”

Women have made constant changes throughout the decades. From the feminist ideas of equality of the 1960’s up to the metrosexual stay-at-home father of the 90’s. Some argue that in itself is and has been unfair.

The general traits associated with men are often belittling and degrading, which fuels the harmful toxic fire of feeling undervalued and resentful, even causing depression. Famous sexist sayings such as, ‘He only thinks from his pants!’ hardly merit to ones intellect! 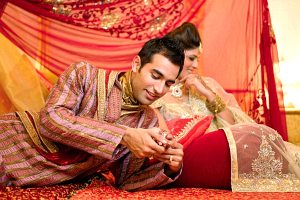 A hugely consumerist society and different styles of lives during the early years of childhood also plays integrally into how our opinions and characters develop.

Even in polls and research, British Asian women are favouring towards a more ‘manly’ man. Is the ever-changing role of men now the new style of Biryani where they are the meaty yet tender pieces of chicken?

Reverting back to becoming the sole breadwinner, with women now not fighting to go to work but becoming the aromatic spices that marinate and stay at home to bind together all the layers of family.

It may take British Asian men and women a bit more than Desi ghee to prevent the burn and breakdown of families in such fast paced changing times.

Noori whilst being disabled has a vested interest in creative writing. Her writing style delivers subject matters in a unique and descriptive way. Her favourite quotation: “Don't tell me the moon is shining; show me the glint of light on broken glass” ~ Chekhov.
The Dilemma of Abortion for British Asian Women
Pakistan’s hidden Gay Community