The Dilemma of Abortion for British Asian Women

Abortion is on the increase in the British Asian community. But what are the pressures that a woman faces if she finds herself in this difficult situation? DESIblitz explores further.

“They all think you’re bad regardless. They think you've been gullible by throwing away your virginity.”

Many British Asian women are finding themselves in a dilemma: emotionally, physically and mentally, when it comes to abortion.

Finding out that you are pregnant can be a happy and amazing moment for some, but for others, it can be the start of an unplanned and unexpected ordeal.

The Department of Health reports that 11,743 abortions in 2010 were that of Pakistani, Bangladeshi or Indian origin. Most of these belonged to the 20-34 age range in the England and Wales region.

In 2017, the Department of Health reported that of 192,900 abortions that were registered in England and Wales, 9 per cent were Asian or Asian British. 33 per cent of these Asian women had already had an abortion before.

DESIblitz follows the story of one such British Asian woman, Zara*. 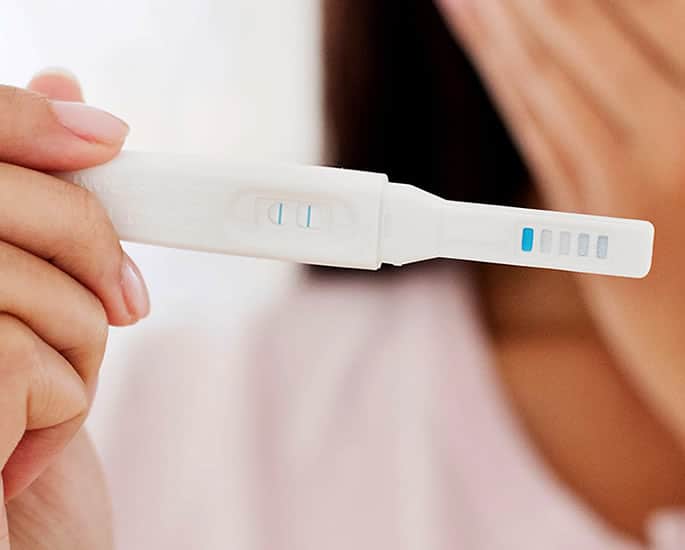 When Zara discovered she was pregnant, she was faced with the challenging decision of whether to abort or carry on with the pregnancy. Many women like Zara feel that abortion is sometimes the only option.

Promiscuity among Asian girls, in particular, is an on-going debate, with many conflicting opinions from the South Asian community. One British Asian believes:

“The women of this day and age are not saving their youth but rather are promiscuous and are losing themselves in the heat of the moment for two minutes of fun.”

‘Izzat’, or family name and honour, plays a hugely important role in many Asian families all over the world and violating it would not be taken lightly.

It is often the reason that sways decisions to avoid public shame and dishonour. Therefore, Zara was instantly faced with choices that could make or break her family, and herself.

Zara didn’t want to show disrespect to her family’s upbringing or to have the community think badly about her parents.

Meena* in a similar position admits:

“I was careful but when I found out I was pregnant I had no choice but to have an abortion. Not because my partner did not want to but it would have brought shame to my family.”

If Zara decided to go ahead with the pregnancy, she risked losing her family and even being ostracised from her community.

Zara admits she would have gone to any length to keep it a secret from her family, but pregnancy is not easy to hide.

Eventually, she would be presented with even more stark issues, such as guilt and emotional attachment. If she decided to abort then it would mean keeping it all a secret. 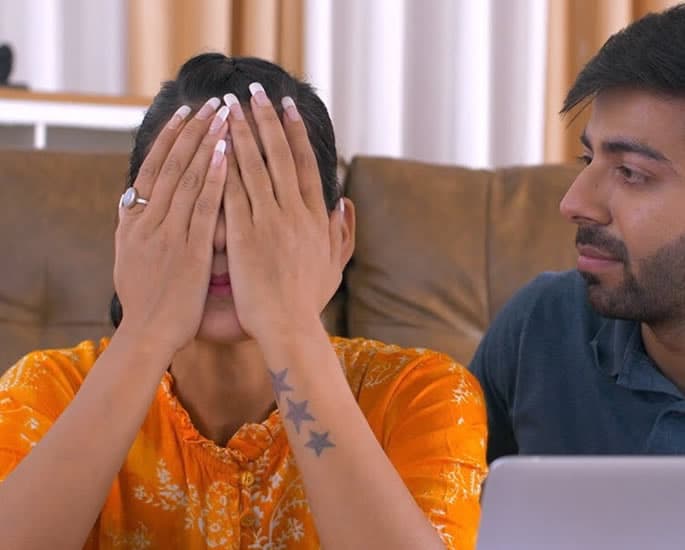 Having the support of family or partner can help the situation dramatically.

Zara felt that both she and her partner were not ready for a child, and they could never let their respective families down by continuing with the pregnancy. It becomes an emotional roller coaster, constantly battling from one decision to another.

As well as the issue of izzat, the financial difficulties of raising a child either alone or even with her partner without the support of her family made Zara think about the emotional pressures that would transpire. Would she be able to cope?

Women do not want to be with a man who is just with her for the sake of a child, or in a marriage that is started off on this basis.

In many cases, women are often told by the man ‘to deal with it.’ It can lead to a blame game making women feel guilty and unwanted.

Zara trusts the man she is with, but in this situation, even she admits that she developed a strange sense of insecurity and questioned whether if she had kept the baby he would have left.

She then worried that if her partner had left her, she may never be seen in the same way by another man, and if she had kept the baby then another man would never accept the child, not out of wedlock.

Many women raise such insecurities in their heads, but having your partner’s support is something Zara found helped her overcome the situation.

The stereotype that a girl is promiscuous is always portrayed negatively in the South Asian community.

As Sharmeen*, a young student, insists: “They all think you’re bad regardless. They think you’ve been gullible by throwing away your virginity.” 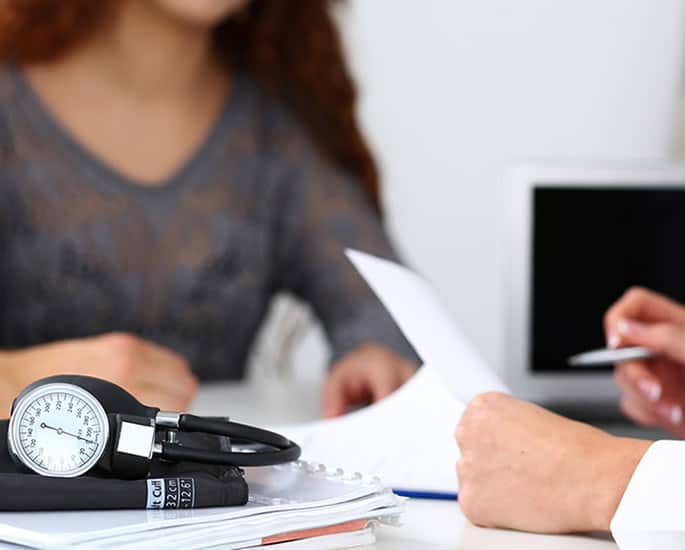 Zara thus believed she was saving herself from what other people might think. But she did not want to go through her GP as it was her family doctor since birth.

However, she could go to a private clinic and pay about £500 or more for it. For Zara, if she aborted the child, she would be safe from humiliation and she could keep the secret from all her family and friends.

Having to abort your first pregnancy is the hardest thing of it all. The regret and the constant want for the child that follows, sometimes never goes away for some:

“It becomes a secret that keeps eating up inside you, and if your partner is no longer around the guilt eats you up even more.”

Jasmin* says: “I know I shouldn’t have but you just can’t help it, I kept the date when the baby was due, and now I can’t block it out.”

Researchers have said that with a single abortion there is more regret involved then there would be with multiple abortions.

While some girls live with the regret of one abortion, for others it becomes a cosmetic choice where they easily undergo multiple abortions.

If it does not fit in with their lifestyle choices, such as their career or relationship, they make the decision again and again to abort the child.

In the UK, it is only legal to carry out abortions under 24 weeks and with any kind of abortion, the risks involved are monumentally high.

Many women for one reason or another are not able to have an abortion in the UK. 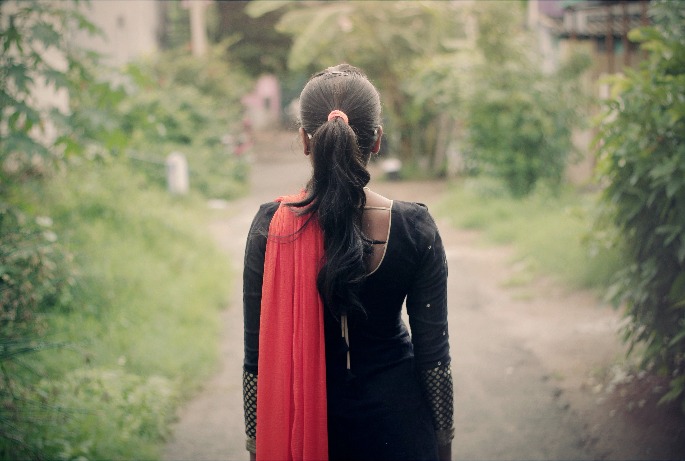 Going abroad to South Asian countries for abortions is an option taken by many. Some go abroad because the legal age to abort may have already passed.

Another option may be the even more dangerous ‘backstreet abortion’ route which is often the case when a private clinic cannot be afforded.

Backstreet terminations can cause infertility risks and problems later on in life when trying to conceive.

Statistically, in Asia alone, 27.3 million abortions were carried out in 2008. 10.8 million of these were unsafe.

The decision to have an abortion can be a heart-breaking dilemma.

What is morally or ethically right can only be decided by the lone individual. Are abortions stereotyped regardless of the situation someone is in? Is the information available to avoid getting pregnant in the first place, not being acknowledged?

What would you do in Zara’s situation? What if she was a partner, close friend or even a family member?

Is the risk and consequence of an unsafe abortion really a small price to pay to retain izzat and family honour? And will girls like Zara always feel compelled to defend it?

The Sex Workers of Lahore’s Heera Mandi
Are Asian men of today Not Real Men?