Desi Man’s Dilemma: My Wife or My Mother?

As a Desi man, having to choose between your mother and your wife is hurtful. DESIblitz highlight this issue and how to solve this tricky situation.

"I have been put into this sticky situation."

When speaking about marriage in a Desi community and the problems that come with it, it is always the women’s issues that are spoken about. However, what about a Desi man and his problems?

Sadly, it just is not the ‘done’ thing to be highlighting the difficult situations Desi, married men go through. When a woman gets married in the Desi community, the spotlight is mainly on her, which is understandable.

It makes sense as she will be the one who will be moving out of her parents’ home. Her life is typically the one that will change forever, and we get that.

However, as a Desi man, your in-laws expect you to take care of their daughter, increasing the pressure. You need to ensure your wife is always happy and that she does not face any saddening or difficult situations.

But, we all need to face reality, there are always going to be bumps in the road of any marriage. It is down to you both as a strong, mature couple to figure things out, things should not be one-sided.

Moreover, the whole hatred between the mother-in-law and the daughter-in-law is sadly an endless aspect of marriage. Whether we like it or not, it continues to be a cause for concern, but not in every marriage.

So, who becomes the piggy in the middle in these situations? The Desi man.

Women are beginning to finally speak up in the Desi community and taking control of their lives. It can be perceived that some of them are going about it in totally the wrong way, in a demanding, controlling way.

DESIblitz highlight the reasons, consequences and how to solve your marriage as a Desi man, stuck between your wife and your mother. 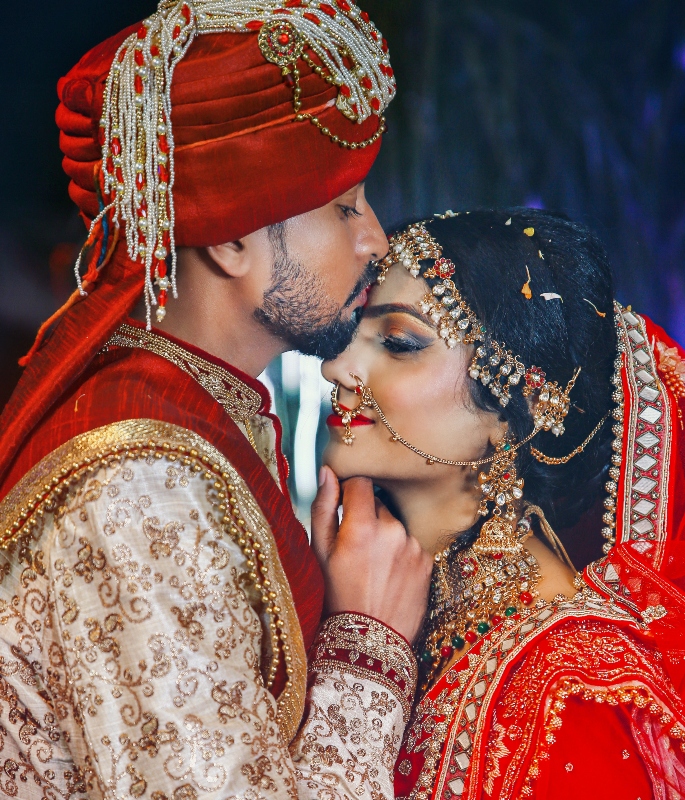 It is all hunky-dory when his wife is following the typical Desi daughter-in-law requirements. On the other hand, his mother is sucking up to her new daughter-in-law, trying to make her son happy.

Everything is great in the ‘honeymoon period’. It consists of going out together as husband and wife, showing her off and doing things you could not do before.

His wife is more than happy to live with her in-laws (so it seems) and they are living together as one big, happy family.

However, after a year or so, you have witnessed some true colours and you find yourself trying to ignore the signs.

At first, you will probably find yourself in tricky situations where you simply do not know the right thing to do. But of course, as a newly married Desi man, your first instincts are to protect your wife.

This, she will most definitely love, knowing you have chosen her over your mother. However, you will not notice this as you are at a fragile stage in your marriage.

Moreover, there are several Desi men who are going through the same ordeal. Some situations are worse than others, it eventually feels as if there is simply nothing you can do.

DESIblitz exclusively chats to Ali Ahmed about the difficulties he faces in his marriage, being stuck in between his wife and his mother. He says:

“So, unfortunately, I have been put into this sticky situation, it’s actually horrible. I don’t have any idea what to do, honestly.

“Everything was so different before marriage, my wife was so invested and intrigued by my family. It was as if she wanted to make a real go at it.

“That made me the happiest man on Earth, just knowing she and my family would get on.”

This is what the typical Desi marriage is like at the beginning, it is ultimately a blissful feeling. 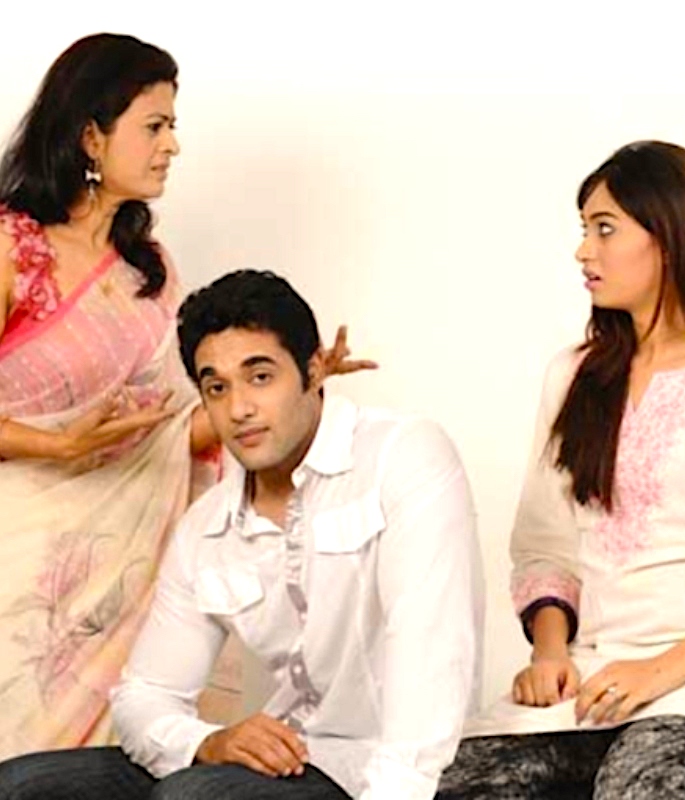 Luckily, not all mother and daughter-in-law relationships are rocky and are instead full of mere bliss. Here, we can find a happy Desi man who is able to watch his wife and his mother get on.

However, life is not always full of rainbows and unicorns, unfortunately. There are plenty of Desi men who are often stuck in between their beloved wives and mothers.

He is a year into married life, he finds himself second-guessing, thinking of the right solution.

Everything he does, he needs to think twice; “Is my wife going to be happy with this?” or “Is my mother going to be okay?”

This seems to be the case for Ali Ahmed too. When speaking to him about the situation he is in, he mentions:

“It’s so frustrating, I love my wife and mum to absolute bits. How am I supposed to make both of them happy at the same time though? I physically can’t.

“If my mum is in the right and I state that, my wife will not be happy at all. I’m a big believer in, accepting when you are wrong. So, if my own wife can’t do that, it does frustrate me.

“I do feel sorry for my mum, my dad isn’t really around and I only have a sister who lives separately with her husband. I, therefore, want to make my mum happy and give her the life she deserves.

“And, I totally understand that I can’t always do that as I have committed to my wife. But, at the end of the day, if she and my mum can’t get on, why does it mean I have to cut ties? Don’t get me involved.”

When there are problems between a mother and daughter in law, the Desi community are prone to blaming the mother. However, is this really always the case?

As the centuries pass by, daughter-in-laws are becoming much more problematic than the mother-in-laws. With higher demands and dramatic expectations, many women of the younger generation are sometimes the ones who cause drama.

More than anything, the Desi man should be the one the community should be feeling empathy towards. Why? Well, because he is the one who puts up with it.

Problems like this often are caused by the small things in life. Sometimes, a Desi man’s wife wants him to be more involved in her own family rather than his own and so on.

However, in Desi families, when a woman is married, she should typically be much more invested in her husband’s family. On the other hand, because these conceptions are changing, it then causes problems. 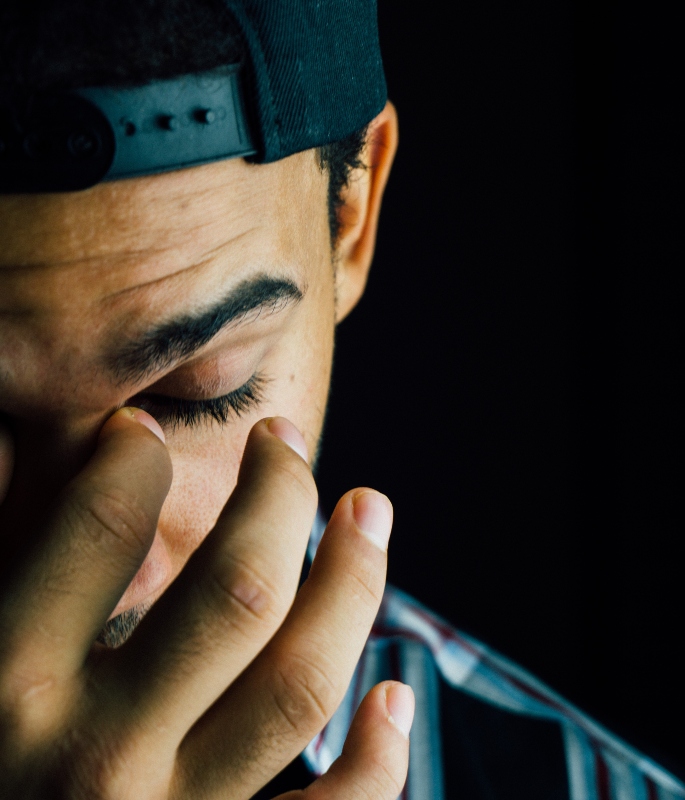 In the end, it is the Desi man that becomes the piggy in the middle. His wife is on one end while his mother is on the other.

At the end of the day, no matter what you say or do, the Desi community is most definitely going to gossip.

So, you are a Desi man living with your mother and your wife who are constantly making snide comments and throwing digs at each other you stand there, watching, noticing this behaviour which is not ideal.

After all, which Desi man out there would want their mother and their wife to dislike each other? Absolutely no man would like that, let alone a Desi man whose family means the most to him.

However, if this is happening to you, there are a few ways to go about it.

First of all, suggesting you to sit your wife and your mother down to have an adult conversation is probably not the right advice to give right now. You have already probably done that and it did not work.

So, the next thing you could do is clearly point out the fact that you are not going to choose between the two. Set the bar straight and stand your ground.

If you and your wife are living with your parents, it is probably best to move out into a place of your own at this point. It most likely will not feel great at that precise moment, however, it will be better in the long run.

Ali Ahmed speaks about how he is trying to better the relationship between his wife and his mother. He explains:

“It is hard, best believe I’ve tried a lot of things. But I will agree, as much as it hurt me to move away from my mum, I thought it would be the best way.

“However, I did make it clear to my wife that I wasn’t a hundred percent with this decision. I didn’t want to give her that satisfaction she was probably craving, knowing I typically ‘chose her’ over my mum.

“That just isn’t the case and I wanted her to know that. I still take her with me when visiting my mum and to join in on family occasions. I don’t agree with her cutting herself off from my mum.

“It’s just not respectful, my mum tries her hardest to build bridges but my wife doesn’t want to know. Sometimes she’s okay with my mum and other times she just isn’t.

“I still don’t totally know what’s going on in her head but I’ll get there one day.”

Who knows, your wife might eventually learn to appreciate your mother, or vice versa. Distance makes the heart grow fonder they say.

Finally, as a Desi man who is put into a challenging situation like this, it is always important to be patient.

Do not lose your temper, as hard as it must be not to. Most importantly, be straight up, lay your cards on the table at the beginning and hopefully, you will not find yourself in this mess.

As a growing Desi community, we need to become kinder, understanding and mature. You simply cannot expect a grown Desi man to choose between his wife or his mother. You just cannot!

The Struggles of LGBTQ Communities in Pakistan
Why is Good Sex Education Important for Pakistan?