Birmingham is famous for providing the nation with mouth-watering, flaky katlamas. DESIblitz highlights where to find them and how to make one.

While there are various famous, scrumptious Desi snacks throughout the UK, which one is famous in Birmingham? A katlama is Birmingham’s most popular snack.

As well as the bustling balti triangle and the various Desi restaurants, katlama is also a part of the list.

Consequently, there is an increasing number of people who drive up from cities like London into Birmingham to indulge in a katlama.

With several takeaways and restaurants to choose from, there is a katlama for everyone. They are good for large family gatherings and dinner parties as a quick starter or snack.

Either buy them from your local takeaway or you can be a bit adventurous and make one at home!

DESIblitz highlights what a katlama is, how to make one and the best places to buy them from in Birmingham. 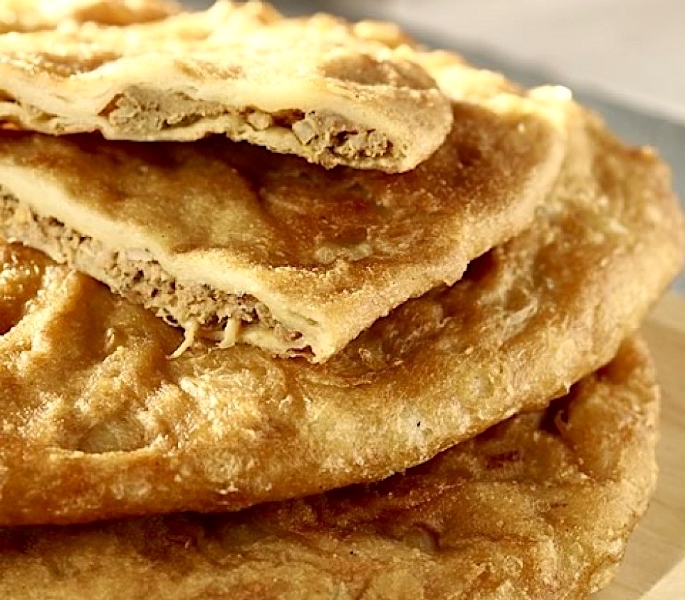 Many have heard of a katlama while others simply have not. Those who have never had one are well and truly missing out.

So, what is katlama? This is for those who have never heard of it. First and foremost, a katlama is fried, just to warn those who are on strict diets.

Chefs make a katlama from fairly simple ingredients such as dough and the filling of your choice. However, the most popular filling in Birmingham is minced meat.

It is a round, flaky pastry with spicy minced meat inside it. One katlama is usually cut into four triangular pieces and is shared.

Chicken, fish, vegetable and even plain katlamas are also enjoyed but very rarely. Many Desi people eat a katlama with their breakfast on a Sunday in the UK.

Desi people typically enjoy katlama with a red chilli sauce with sliced onions in it. Here is a quick recipe on how to make this delicious sauce:

Recipe inspired by My Cooking.

How to Make a Katlama 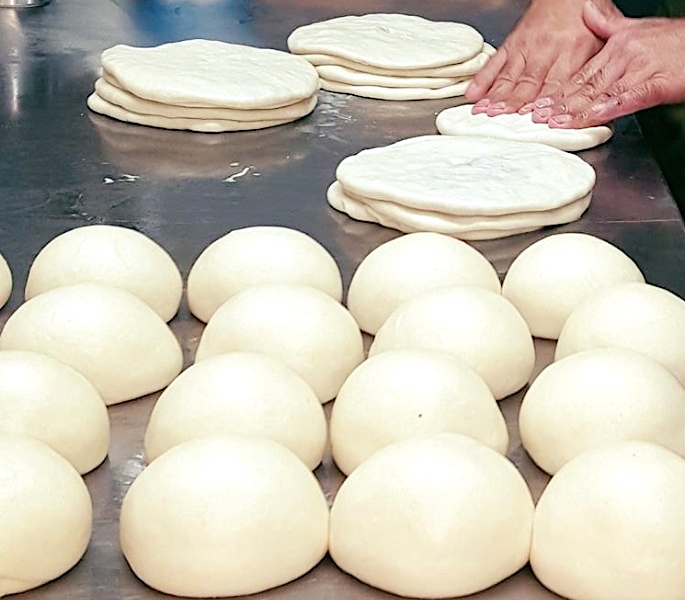 When biting into a scrumptious Katlama you might be wondering how they are made. They are in fact a fairly easy delicacy to make at home.

So, instead of spending money on shop-made katlamas, why not try a homemade one?

Here is how to make a delicious, flaky keema katlama:

Ingredients for the Filling:

This recipe was adapted from Yasmin’s Cooking.

Where to Find One 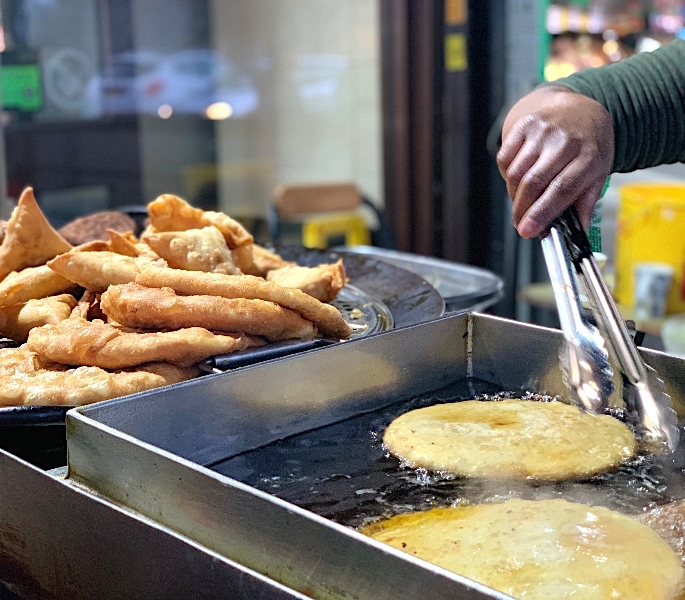 Surprisingly, katlamas are well known in Birmingham, making them a popular snack in the city.

There are various takeaways that sell them, making them fresh daily. When driving down Stratford Road or Coventry Road, you will without a doubt witness a man making fresh katlama outside.

The smell is sensational, making your mouth water. One of the places where you can find a fresh, tasty katlama in Birmingham is Riaz’s Sweets.

You can find Riaz’s Sweets on Coventry Road in Small Heath. It is an Asian sweet store, however, they also sell quick snacks such as katlama.

Outside the shop, a man fries fresh katlamas daily and wraps them in a brown bag for their customers.

Mushtaq’s on Stratford Road is another place you can buy a scrummy katlama from as well as Mukhtars on Golden Hillock Road.

Shereen Kada is one of the most famous takeaways for katlamas. Like Mushtaq’s, it is also on Stratford Road and has plenty of seating inside.

A review on Zomato written by Haaris Bham states how famous Shereen Kada’s katlamas are. He says:

“My dad used to drag me to this place as a child on a Saturday to pick up their famous speciality… Katlamas.”

“Now for those who don’t have the first idea what these are (and many friends who visit from outside of Bham have never heard of them!) a katlama is a circular pastry filled with a spicy mince filling.”

In addition to this, Haaris also writes about how their katlamas made them famous. He mentions:

“Now katlamas are their signature special. This is what made them famous, I’ve been eating here for well over 25 years!!

“It’s clear that they sell a lot of katlamas, they’re stacked high in the display normally around 50-70 made ready to be eaten!!!”

Abdul’s Cafe & Diner on Stratford Road also claim to serve the best katlamas in Birmingham. On their website, they state that they are one of the few places left in Birmingham that make them fresh.

If you buy a katlama from Abdul’s, be sure to ask for Raf’s special spicy sauce to go with it.

With many Desi snacks on the rise, katlamas will never be beaten. Here is to the hope that the city of Birmingham continues to serve the best katlamas for eternity.

After knowing more about this tasty snack, you might want to pop into a takeaway in Birmingham and grab a few while they are still fresh!