Hardeep Singh from Bathinda in Punjab, India, killed his own wife and attacked his mother and family in a vicious attack accompanied by his friends.

In a horrific and violent incident, Hardeep Singh, from Punjab in India is on the run after killing his own wife and launching a vicious attack on his mother and family.

The killing and violence took place at Hardeep’s family home in the village of Raike Khurd in the district of Bathinda.

His wife named, Rajveer Kaur, was murdered as part of the horrid attack which took place inside their house.

Hardeep was accompanied by a number of his friends, who aided him in the assault on his own family.

He arrived at the house very late at night on Monday, June 17, 2019, after it was dark purposely.

Hardeep went into the room where his wife and family were resting and switched off the lights.

He then instructed his friends to attack them with lethal weapons they had with them. During the frenzied assault, Rajveer Kaur suffered serious injuries and died on the spot.

His mother, Charanjit Kaur, father and brother were very badly injured and narrowly escaped death themselves due to the harrowing attack on them by their own son.

After neighbours heard the screams and found out what happened from the mother, they quickly helped them and transported them to the hospital.

The mother, father and brother, were immediately taken to Bathinda civil hospital.

Due to the serious and grim injuries, the father and brother were then referred to a private hospital for urgent treatment.

Charanjit Kaur, the mother, remained at the civil hospital for her treatment.

It was revealed by Hardeep’s mother that he had started to take drugs and became addicted to them over the past two months.

Due to the habit, he wanted money, and therefore, Hardeep would harass and argue with his wife and family members, whenever he was home.

Due to not getting any money he left and went away. 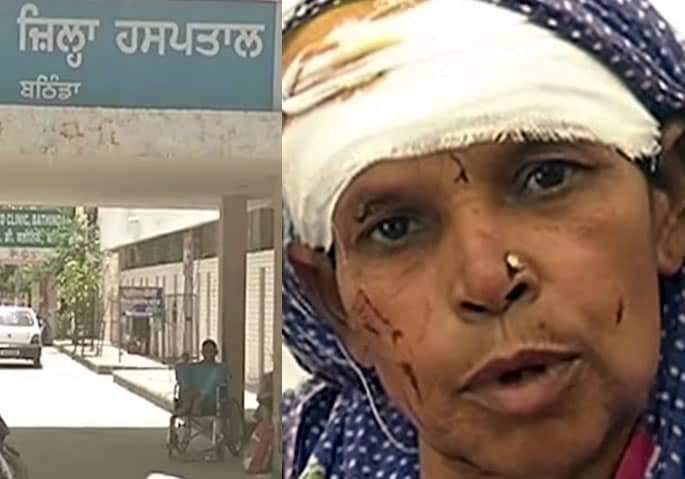 His mother, Charanjit Kaur, told the media what happened on the night of the attack:

“Everything was fine and there was no issue in the home. We had our dinner and we lay down to rest.

“He [Hardeep] had been away from the house for 15 days.

“Only yesterday he came back and at the same time, he did this to us, by bringing the men with him.

“They had weapons and swords. There was about twelve or thirteen of them.”

“They climbed over the wall of the house and he opened the main door. All of the men entered our home after he did this.

“Then they attacked like a rainstorm falling on us.

“I managed to escape and wake my neighbours on the rooftop nearby who then came to our rescue.

“They said let’s get you to the hospital and then we will tell the police everything that took place.

“This is nothing more than a life sentence [having a son like this].” 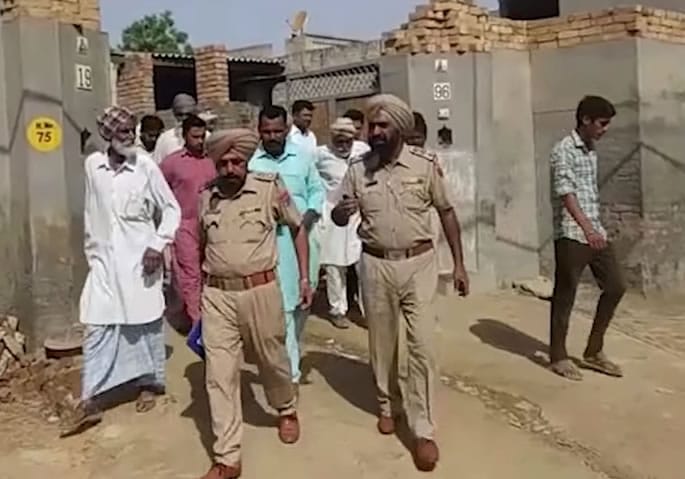 Police SHO Rashpal Singh said that they got a report that there was a violent altercation between a family in the village of Raike Khurd.

“We found out that there were serious injuries and the villagers helped transport them to the civil hospital.

“However, we had no report from the hospital about the matter.

“We have arrived at the murder scene in the home of the attack and have collected all evidence and information related.

“We will now go to the hospital and get the statements from all the injured parties.”

Police subsequently took statements from all the family members and started a full investigation.

Hardeep Singh has not yet been arrested by police for the murder of his wife and assault on his mother and family.

Nazhat is an ambitious 'Desi' woman with interests in news and lifestyle. As a writer with a determined journalistic flair, she firmly believes in the motto "an investment in knowledge pays the best interest," by Benjamin Franklin.
Pakistani Man forced to Drink Urine during Snooker Game
Driver who Hit-and-Run killing Mother of Three jailed