To some, the gay community in Pakistan would appear to be virtually non-existent, but with Karachi being described as ‘a gay man’s paradise’, this common belief is debatable.

"Generally people don’t object to it, but some members of the older generations do hold judgements."

Homosexuality remains an incredibly controversial topic within the Pakistani community.

Despite the acceptance and legalisation of gay marriage in many parts of the Western world, with cultural values still intact in Pakistan, it is no surprise to many that homosexuality remains a lifestyle that is strongly discouraged and looked down upon to say the least.

Same sexual acts are illegal under Pakistani law, and are punishable with a possible prison sentence.

The legal system as well as the general public disapproval of homosexuality makes it difficult for gays to have steady relationships. However, in recent years, there has been some progress for the gay community in Pakistan. 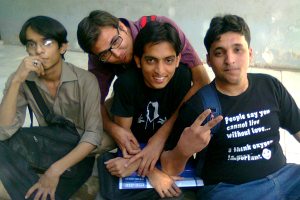 Although discrete, many gays have been able to socialise and meet, often in group sex parties which are becoming increasingly popular, especially in Karachi.

Gay sex can also be made available from masseurs, one of which being Ahmed, who works as a masseur for a living. His wife, who wears niqaab (face covering) has no objection towards his job as she realises that this is the only way for him to earn money for himself and the family. She also adds that she wishes society would keep more of an open mind on the subject matter.

In addition to this, with the introduction of new technologies such as smartphones, dating is becoming easier for gay Pakistanis.

SCRUFF – Gay Guys Worldwide, is an online application that shows how far one is from another gay person. It has proven successful for Danyaal, a 50-year-old businessman in Pakistan who received plenty of results for gay men when using it. 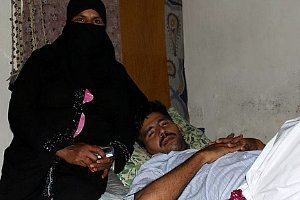 Many Pakistani citizens, especially those of the older generation, do not recognise or relate to the gay community in any way, with some who prefer not to acknowledge the existence of homosexuality within society at all.

This makes it difficult for members of the gay community in Pakistan to ever open up about their sexuality; either out of fear or simply because they don’t realise that there may be many other Pakistanis feeling the same way.

Due to this restriction and fear within society, it may be of no surprise to some that Pakistan has the highest number of internet searches for gay pornography in the world.

In a recent survey carried out in Pakistan, only 2% answered yes to the question, ‘Should society accept homosexuality?’ For the gay community this would appear worrying.

However, an expert on Pakistani minorities has stated that some men in Pakistan do have physical relationships with other men but do not consider themselves to be gay. One possible reason for this could be the idea of ‘no strings attached sex’.

This idea reiterates the fact that as pre 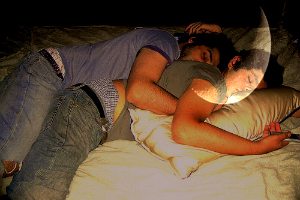 marital sex with the opposite gender is such a taboo in society, many men choose to have gay sex simply for the purpose of relieving themselves from sexual frustration, meaning that there is no desire for a gay relationship.

Despite being a subject area that few Pakistanis are willing to delve into, some organisations have been set up which aim to break the barriers between heterosexuals and homosexuals within Pakistan.

Queer Pakistan, a website which was created in support of gay rights, aims to raise awareness about the LGBT community in Pakistan. With their slogan, ‘Don’t hate us, know us’, their goal is to not only raise awareness but also make it clear that they are not alone.

Although such a website was most certainly progress for gay Pakistanis, Queer Pakistan was recently banned in Pakistan.

Some would hold the belief that with the legalisation of same sex marriage in many western countries, homosexuality would no longer be such a taboo amongst the British community.

However, within the British Pakistani community, this is not entirely true. Farah, 19, shares her views on the Pakistani gay community in Britain:

When asked on what she bases her opinions on, she mentions a family friend: “He’s gay and has a partner. Generally people don’t object to it, but some members of the older generations do hold judgements.”

She also added that in Britain there is less of a need to suppress feelings and emotions, as homosexuality is considered much more acceptable in England. She mentions that even if British gay Pakistanis don’t receive the moral and emotional support they need from their families, they always have the option of speaking up in society about their feelings.

Despite the progress that has been made within the gay community in Pakistan and the British Pakistani community, one question still arises, is this enough?

With stereotypes about gays and cultural values still running strong within society, it is hard to tell whether or not homosexuality can or ever will be accepted in Pakistan.

Lead Journalist and Senior Writer, Arub, is a Law with Spanish graduate, She keeps herself informed about the world around her and has no fear in expressing concern in regards to controversial issues. Her motto in life is "live and let live."
Are Asian men of today Not Real Men?
The Rise and Fall of India’s Courtesans