Life as a Gay Asylum Seeker from Pakistan

DESIblitz retells the harrowing tale of one man’s experience as a gay asylum seeker from Pakistan. We reveal the real-life story of Shezad*.

“Gay means to be happy. But I’ve never felt any sense of happiness"

Life as a gay asylum seeker from Pakistan is a traumatic experience filled with uncertainty, dread and panic.

India reached a pivotal moment in history on September 6, 2018. Article 377, notorious for its prohibition of homosexual activity, was repealed.

Article 377 of The Penal Code of 1860 was first introduced by the British throughout their rule of India, criminalising all sexual acts deemed “against the order of nature.”

Whilst Indians have since celebrated this victory, Pakistan and Bangladesh still adhere to the Victorian era law where homosexual acts can be punishable by prison sentences.

Despite being openly gay being prohibited in Pakistan, the LGBTQ scene in Pakistan does still exist, especially in the cities. Like so many other things which are not publicly allowed, such as drinking alcohol.

For those Pakistanis who cannot survive the law and restrictions, the only way out for them is to seek asylum and seek refuge in another country. Especially, if they are found out or get in trouble with the authorities.

We follow one such story of Shezad Ahmed*, a gay asylum seeker who fled Pakistan to the UK to help him openly accept his sexuality.

Asylum Claims in the UK

Based on experimental statistics, 6% of all asylum claims from 1 July 2015 and 31 March 2017 were on the basis of sexual orientation.

The highest number of asylum claims where sexual orientation was raised as part of the basis of the claim came from Pakistan – where 1,000 claims were made.

Even so, very few asylum claims on the basis of sexuality are accepted in the UK.

Gay asylum seekers form a minority within a minority, making them susceptible to prejudice and discrimination on more than one ground.

On the one hand, they are ostracised for their sexuality. On the other, they are condemned by nationals for their unfamiliar origins.

A community virtually unheard of in the mainstream media, DESIblitz delves more into this stigmatised area of life.

We come face to face with Shezad, who shares his tumultuous journey as a gay asylum seeker from Pakistan.

Shezad’s story begins in Peshawar, Pakistan. He was born into a working-class family and grew up in a poverty-stricken home, with a drug addict for a father.

He was forcibly removed out of education at the tender age of 11 to enter the world of manual labour.

After spending time away from home, he recalls a harrowing encounter with a friend of his uncle which he believes was a turning point in his life.

“What I’m about to tell you I don’t even think I’ve told immigration.

“I was about 13 or 14 … I woke up in the middle of the night. I don’t remember the time. I don’t know what happened exactly, but when I looked down I had no trousers on.

“Whatever happened after that, all I know is that I had become obsessed with sex. I tried to have sex with objects, anything I could.”

From this point onward, he adopted a strong sense of fear in his daily life regarding his sexuality, something he would have to keep a secret in order to survive.

His first relationship with a man developed with a fellow colleague, soon after establishing his own business. 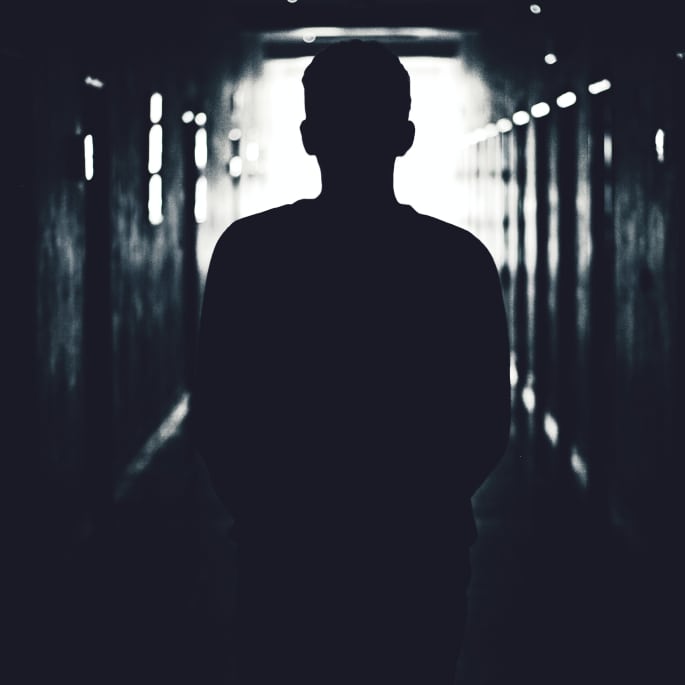 Though he strove to live his own life freely, it wasn’t long before family pressures began to consume him. Especially, expectations around marriage.

At around 30 years of age, he married his first cousin at the behest of his mother.

Though he delayed the marriage for as long as he could, Shezad had little choice in the matter. The decision for him to marry his cousin was made even before he was born.

After spending some time with his wife in Pakistan, he later moved to Saudi Arabia, where life got no easier.

“I was scared. If the authorities found out [about my sexuality] they would behead me.”

Aside from strict Saudi laws, the citizens also gave Shezad a hard time, in particular when he was attacked in a brutal hate crime. Regardless, he still masked the truth in fear of his own life.

“I was so scared of the authorities that I didn’t say anything. So, I just said that I had an accident.

After enduring several years of hardship in Saudi Arabia, he returned to his motherland, where he continued living his loveless marriage and engaged in another relationship with a man for a number of years.

As his mental health began to deteriorate and he knew he had to get away from the life he was living.

He decided to come to England in search of a better and more acceptable life.

“I always thought I’d earn enough money to leave Pakistan. It was always my thought process.

“I knew my whole life I couldn’t live in Pakistan but I had no means to get out. When I found a way, I came here.”

Unfortunately, Shezad faced difficulties even in the UK after fleeing Pakistan.

He found himself homeless on several occasions; often having to sleep outside, in the car, or seeking refuge in a friend’s house if he was ever granted the opportunity.

Whilst he was informed of LGBT support groups by his lawyer, he found it difficult to relate to others. His inability to speak English formed a barrier with locals, and he was afraid to confide in other South Asians in fear of judgement.

Shezad had the misfortune of meeting people who could not accept him as a part of their social circle.

“I finally started going to meetings, but even so, I felt very alone.

“My problem is that I can’t share my pain with anyone. I’d rather put myself through pain than put others through pain.”

Even within the LGBT community, he bore the brunt of prejudice and discrimination.

“When I went to LGBT meetings, some people wouldn’t talk to me, some wouldn’t shake my hand.”

“They’d say it was because I was an asylum seeker, or I was Pakistani, or they didn’t believe I was gay.

“Many people do this to me. They don’t like me, they get angry at me. I can’t tell if it’s because there’s something wrong with me. Am I lacking something?”

Fortunately, Shezad managed to gain a support system around him, in particular, from his doctor.

“There is no person better than my doctor. He looked after me, he helped me. I feel better talking to Asians about being gay now.

“My doctor knew everything about me and still helped me with everything.”

Like many gay asylum seekers, Asif found it difficult to ‘prove’ his sexuality to the authorities, which is often a requirement in UK law.

“If this [being gay] was a medical situation it would be so much easier. But it’s not. It’s a feeling.”

Gay asylum seekers were often subjected to ‘homosexuality tests,’ a series of psychological tests to ‘prove’ their sexuality.

However, in January 2018, these were outlawed after being deemed a violation of human rights by The European Court of Justice. 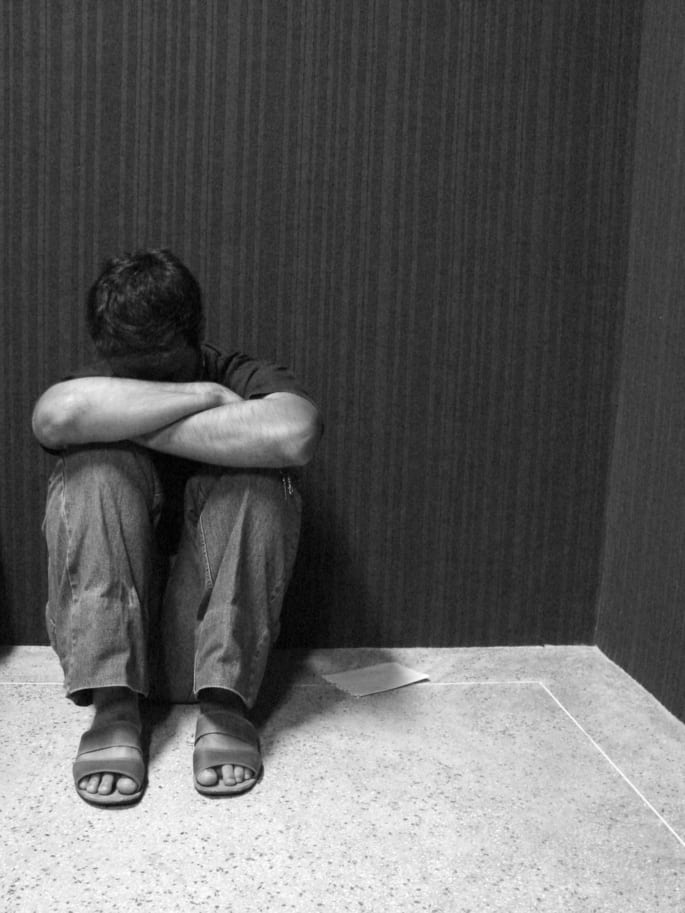 Despite fathering three children, which does question Shezad’s sexuality as to whether he is bi-sexual or homosexual; he strongly condemns the idea of living with them.

Speaking about how they would react to his orientation, he says:

“I don’t want my children to live with me. They would have a difficult life and so would I.

“Maybe you can accept this but in Pakistan, they can’t. When they grow up, how will they accept that their father is gay?

“I want to help them with all their worldly needs, but it’s not suitable for us to live together.

“Nor my wife, nor anyone else in Pakistan knows that I’m gay. If anyone found out I wouldn’t have been able to come here. How would I? I would have died already.

“There was one guy in my village whose penis, nose, ears and tongue were chopped off. That was his punishment for being gay.

“You can hit someone, but to chop off their body parts? That’s too much.

“If anyone in my family knew I was gay, they’d want to end me.”

“Gay means to be happy. But I’ve never felt any sense of happiness from being gay. I’ve been punishing myself. I have no power to change how I feel. What you are, you are.”

Despite the numerous hardships, Shezad confidently states that he would much rather live in England than in Pakistan.

“I had no option. I couldn’t live there, even though I had a home, everything. I wasn’t happy. I couldn’t handle it.

When asked if he feels happy, Shezad humbly responds:

“Yes, I am happy. I have friends around me. How can I not say I’m happy when I can sit among three people and openly tell them I’m gay? That is happiness for me.”

Accepting his own sexuality has been a major challenge for Shezad as he explains:

“I tried to change this about myself. I’ve tried so hard. I punished myself as well as enduring other peoples’ punishments.

“I’m strong. But when it comes to being gay I become so weak.

“Eventually I said to myself, ‘Okay, I’m gay.’ No one can do anything about it.”

“I just want people to understand that gay is gay. You can’t do anything about it. That is all.”

People like Shezad are not alone. 20% of Pakistani asylum claims were made on the basis of sexual orientation between July 2015 and March 2017.

Many gay asylum seekers find themselves shunned by society, with little to no support from those around them. Yet, those like Shezad continue to show courage in the face of adversity.

Until security is guaranteed, gay asylum seekers will continue in their tireless pursuit of a safe haven.

In situations where a life is at stake, the situation becomes very dangerous for individuals like Shezad who try to fit in but find it difficult even in the country they are born due to their sexual oreintation.

If you or anyone you know is personally affected by Shezad’s story, please do not hesitate to contact the following organisations: 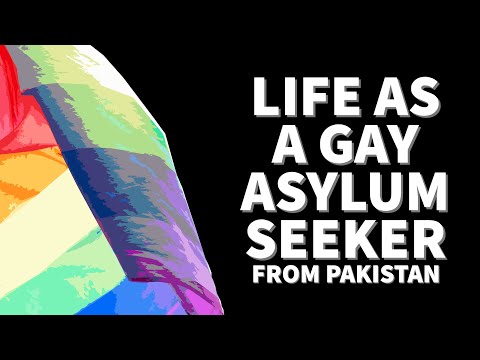 Ruby is a determined journalist who has a major interest in lifestyle and taboo. She enjoys reading and socialising with friends. Her motto is “Writing is a way of talking without being interrupted.” by Jules Renard.

* Names are changed for anonymity.