Despite the work carried out to combat child marriages in South Asia, the Covid-19 pandemic has gravely impacted this ongoing crisis.

"I don’t understand why everyone is in a rush to marry girls."

The dreadful Covid-19 pandemic has marred life as we know it reversing years of progression made, especially on child marriage.

Child marriage is the formal or informal union of one or both people under the age of 18.

In particular, girls are married usually to men triple their age. This violates children’s rights making them susceptible to abuse, violence and exploitation.

In fact, South Asia which is home to the greatest population of youth, is also where girls are most vulnerable to child marriage.

According to UNICEF, India accounts for the largest number of child brides in the world with a third of the global total.

Children are robbed of their education, childhood, freedom and well-being making them extremely vulnerable to marital abuse.

We explore the causes and effect of child marriage and the impact Covid-19 has had on this crisis.

As mentioned above, child marriage is any formal or informal union between two parties under 18-years-old.

Forced marriage is where one or both parties do not consent to the marriage. Usually, they are abused or pressured into marrying against their will.

This can include financial pressure, violence, threats and more.

However, it is important to note that forced marriage and arranged marriage are different.

An arranged marriage is where both people consent willingly to the marriage but can decline if they feel so.

Typically, child marriages affect girls. According to ActionAid, “more than 250 million women alive today were married before their 15th birthday.”

However, this is not to say that it does not affect boys. In comparison, UNICEF revealed that 115 million men around the globe were married before the age of 18.

“When we think about child marriage we often think about girls, and rightly so because girls are most affected. But boys do marry in childhood.

“It’s a rights violation. It creates a burden for boys to take on adult responsibilities and roles when they are still children themselves – like providing for a family.” 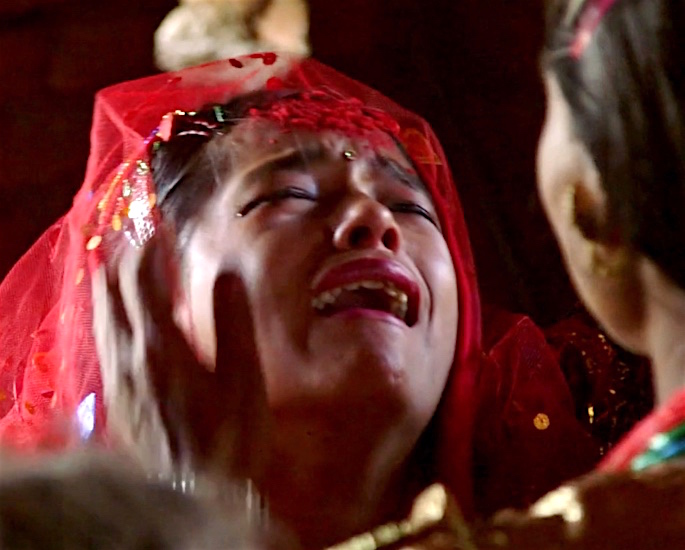 Laws against child marriage have been enforced in various countries, however, these efforts have arguably done little to curb the ongoing crisis.

As a result of this, laws against child marriage are difficult to implement across a country.

There are various reasons behind child marriage and this differs from country to country.

In the United Kingdom, there is no publicly available government data. However, according to the Forced Marriage Unit (FMU), in 2018, the organisation dealt with 1,764 cases of forced marriage.

18% of cases dealt with concerned children aged 15 or under. A third of these cases related to victims aged 18 or under.

The FMU also revealed that the place with the highest number of cases in 2018 was the capital city, London.

In the UK, cases of child marriage are happening the country’s migrant communities such as Pakistanis, Indians, Bangladeshis and Somalians to name a few.

Child marriages in the UK are usually related to the concept of upholding cultural values.

Typically, migrants in the UK seemingly feel the need to hold onto their cultural values to ensure their children are not westernised.

In particular, migrant parents believe their children must marry according to their wish.

They would have married young (as was expected during those times), therefore their children should abide by the same.

Child marriage cases handled by the FMU in 2018, highlighted the countries with the largest number of related cases:

Reports have also suggested that British girls are being taken to their parents’ homeland to get married.

Another cause of child marriage in both the UK and South Asia is the deep-rooted patriarchal beliefs which devalue females and put males on a pedestal.

Traditionally, South Asians view men as breadwinners and women as wives and mothers.

Due to these beliefs, gender inequality is an extreme problem in South Asian households and an underlying cause for child marriage.

The options for females are limited concerning education and employment. This means societal expectations and norms overtake these basic human rights.

Rani (not her real name) a 13-year-old from India was set to marry in the summer of 2020. Despite her parents attempt to force her into marriage, Rani did not concede.

Speaking to the BBC, she said:

Rani’s grievances did not end there, soon after her father died from tuberculosis. She said:

“I want to go back to school when it reopens, and now I need to work harder as my father is no more. It is my responsibility to help my mother run the household.”

Although it is illegal to marry under the age of 18 in India, UNICEF estimates that approximately 1.5 million girls under 18 get married each year.

This means people are no longer able to afford a lavish wedding and are struggling to support their families.

The gradual decline into poverty is another major driving force towards child marriage.

In poorer parts of countries like Pakistan, India and Bangladesh this practice is common.

Marrying your daughter off young means it is one less mouth to feed for poorer families.

Not only that, but the issue of dowry also comes in play. In India, a dowry is given from the bride’s family to the groom’s family.

A dowry can be in the form of money, property or goods. This tradition is another incentive for families to marry their daughters off young.

Usually, the younger the bride, the less dowry her family must pay to the groom’s family.

So parents who are receiving marriage proposals for their daughters are not hesitating to say yes.

The assistant commissioner for Women and Child Welfare in Maharashtra, India said:

“It was easier, cheaper and they could get away with inviting very few people.”

Speaking to The Lancet, senior gender policy adviser at Save the Children UK, Gabrielle Szabo said:

“We are deeply concerned about the impacts of Covid-19 on efforts to end child marriage in India and across South Asia.

“An increasing number of children falling into poverty as a result of the pandemic will mean more girls in the poorest households, where rates of child marriage are highest.

“This will mean more girls at risk of early or forced marriage.”

Covid-19 has added fuel to the fire of child marriages as it has negatively impacted the already dire causes of the ongoing crisis. 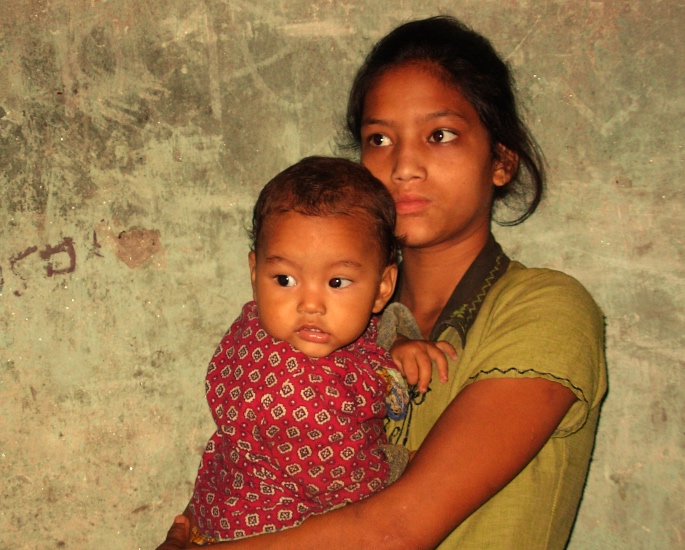 Child marriage violates a child’s human rights as stated above. While parents may think the marriage is for the betterment of their child and family, it is most likely not.

Child marriage opens up the victim to a life of suffering including violence and health risks.

Typically, child brides marry men considerably older than them. As a result of this, there is a power imbalance in the relationship.

The young bride must abide by her groom’s commands as she is considered submissive in the relationship.

This can lead to cases of domestic violence plunging child brides into what seems like an inescapable life of torture.

Feeling isolated from family and friends, child brides often suffer in silence and are subjected to both physical and mental abuse.

The Covid-19 pandemic has led to an increase in child marriages as well as domestic abuse.

This is because Covid-19 has caused a loss in employment meaning perpetrators are spending more times indoors. Victims are sadly suffering more than before.

Another effect of child marriage is a lack of education. In South Asian countries the education of males is prioritised over females.

Their chance to learn, grow and secure a job is snatched away from them as they are forced to serve their husbands and bear children.

Covid-19 has led to the closure of schools which once again hinders the progress of girls. This means girls are forced to live in poverty.

The lack of education corresponds to the health risk associated with child marriage which is ultimately detrimental.

Despite not being physically prepared for childbirth, girls have no say in family planning due to their subordinate position and limited education.

According to the World Health Organisation, 70,000 girls die due to pregnancy and childbirth each year.

This figure highlights the grave risk to young girls forced in marriage. In fact, pregnancy and childbirth is the second highest cause of death for 15-19-year-olds across the globe.

The Covid-19 pandemic has undoubtedly negatively affected the rate of child marriage.

Save the Children has warned that in the next five years approximately 2.5 million more girls across the globe are at risk of child marriage due to Covid-19.

The Global Girlhood Report 2020 conducted by the charity highlights the dreadful impact of Covid-19 as it has caused “irreversible setbacks and lost progress” for girls.

Save the Children has predicted that more than 500,000 girls are at risk of becoming child brides in 2020. Szabo echoes this saying:

“Child marriage carries a huge human and economic cost … countries already reeling from pandemic-induced economic crisis cannot afford the cost of up to an additional 2.5 million child marriages in the next 5 years and more than 1 million adolescent pregnancies in the next 12 months alone.”

Covid-19 has seemingly hindered the progress to end child marriage. This means victims require more help than ever.