A student living in Leeds has been imprisoned for brutally murdering a 21-year-old woman. The court heard he was an asylum seeker.

Asylum seeker Karar Ali Karar was jailed for life on August 15, 2019, for the brutal murder of a woman.

Leeds Crown Court heard he killed 21-year-old Jodi Miller in a frenzied knife attack when she refused to have sex with him.

It was revealed that he was living in Leeds after fleeing political persecution in Sudan.

Karar’s motivation for the murder was to “teach her a lesson” after she repeatedly refused to have sex with him.

He stabbed Miss Miller 15 times in the head and body after he grabbed a kitchen knife.

The woman tried to escape the basement flat on Milan Road, Harehills, Leeds, as she was attacked on February 25, 2019.

As she tried to flee, Karar tripped her up and then continued to stab her. At one point, he stopped to kick her and called her a prostitute.

Earlier in the day, Karar had offered the victim money in exchange for sex but she refused.

The court heard that he had no previous convictions.

His barrister, Simon Kealey QC explained that his client was an asylum seeker after coming to the UK in 2015. Karar’s date of birth is unclear but he told his legal team he was born in 1988.

Mr Kealey said that Karar was jailed for two years in Sudan after he was arrested for attending a “peaceful demonstration”.

Mr Kealey stated: “During that time he sustained injuries and it led to him fleeing the country.”

Karar first moved to Newcastle where he studied at a college for six months. 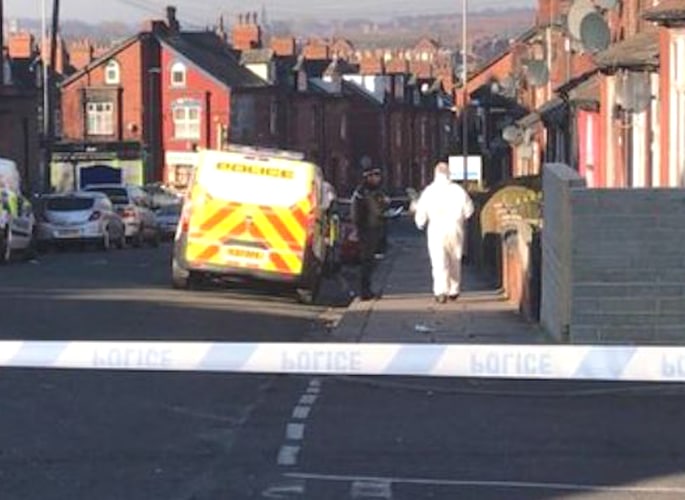 Mr Kealey said: “He remained isolated from his family and community. The entirety of his family, apart from his brother in the USA, remain in Sudan.

“He has relied on people in the Sudanese community for friendship while here.

“He came to Leeds and he simply fell in with the wrong crowd while he was in Leeds. He took to taking drugs and alcohol.”

Mr Kealey went on to say that since childhood, Karar has had a history of mental health problems.

While on remand in Armley jail, he was detained in the hospital wing under the care of the prison psychiatrist.

He initially claimed his “mental state was not right” when he murdered Miss Miller. Karar later pleaded guilty to her murder.

Jason Pitter QC, prosecuting, explained that there was no medical evidence to “provide realistic mitigation”.

The Yorkshire Evening Post reported that Karar Ali Karar was sentenced to life in prison and was told he must serve a minimum of 25 years and 117 days in prison.

“We welcome the sentencing of Karar for what was a horrific assault on a defenceless victim.”

“Her only provocation to him was to reject his unwanted sexual advances and for that, she was subjected to a savage level of violence which tragically resulted in her losing her life.

“Karar is clearly an extremely dangerous man and we hope that seeing him convicted and behind bars may bring a measure of comfort to Jodi’s loved ones.

“We are thankful they have been spared the ordeal of a trial and wish to commend their bravery through what has been a hugely traumatic time.”

Dhiren is a journalism graduate with a passion for gaming, watching films and sports. He also enjoys cooking from time to time. His motto is to “Live life one day at a time.”
Indian Mob beats up Man for entering Village to Meet Women
Street Brawl due to Family Feud results in Serious Injuries