Bollywood Hairstyles which will be Trending in 2020

I’m very much involved as you can see … (with the new look!)”

Bollywood actresses are forever providing us with major inspiration from fashion, makeup looks to hairstyles.

The year 2019 saw an array of various hairdos, which had everyone visiting the hair salon.

As we approach the end of 2019, it is clear to say the lob (long bob hairstyle) and mid-length hair is everywhere.

The long bob is a variant of the bob haircut. The length falls just above the shoulders.

The lob gives you the ideal balance between a bob and short hair with a chic factor.

Alternatively, mid-length hair is a great option for those who want to maintain their locks while not being too long or short.

Bollywood stars have been jumping on the bandwagon as they have chopped off their super-long tresses to support these edgy looks.

We look at the Bollywood stars who will be flaunting these hairstyles in 2020. 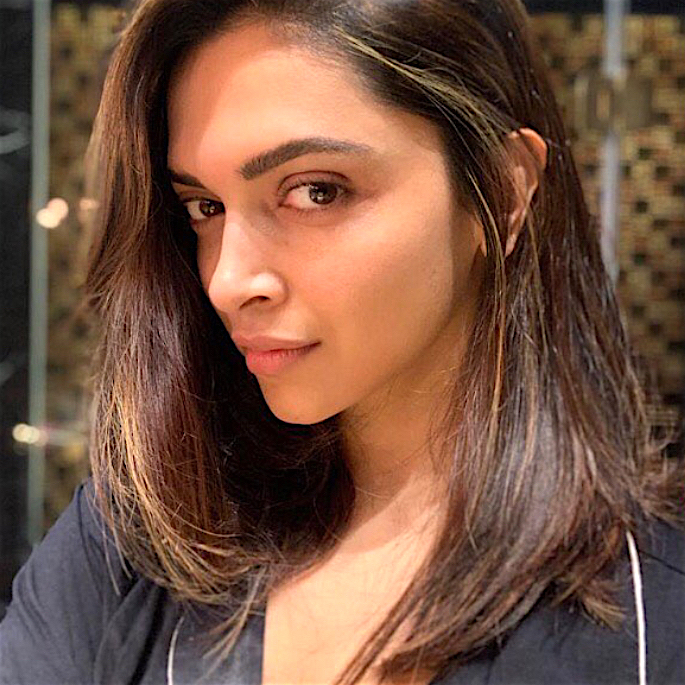 Bollywood A-lister, Deepika Padukone has been making an impact in the hair scene ever since her Bollywood debut in 2007 with the film Om Shanti Om.

Since then, the actress has gone on to experiment with her hairstyles.

Recently, Deepika chopped off her long hair into a stylish lob. The actress is busy promoting her upcoming film Chhapaak (2020) and took to Instagram to debut her new hair.

She shared a picture of her lob with the caption: “Tadaaaaa!!!”

There is no doubt this change shocked many of the star’s fans who were questioning if Deepika had cut her hair.

Deepika soon put these questions to rest when she shared a photo of herself in a black gown by Alex Perry.

Her lob was styled in voluminous waves as she struck a pose for the camera. She captioned the image:

It is clear to see Deepika is loving her new hairdo and she certainly carries it with poise and confidence. 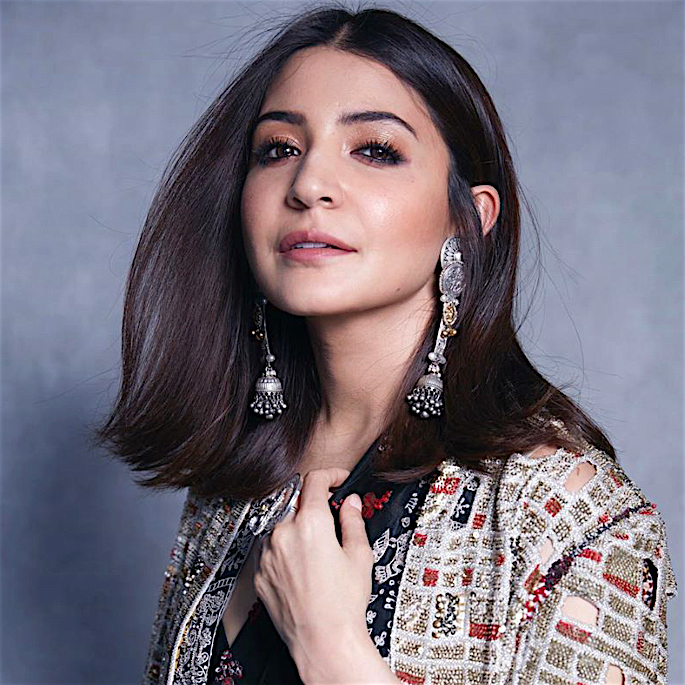 The actress was seen sporting a lob during the second half of 2019. It is flattering, adaptable and low-maintenance.

Anushka has proved the versatility of a lob on numerous occasions. She has experimented with a sleek straight look, Hollywood glam, waves, ponytails and more. 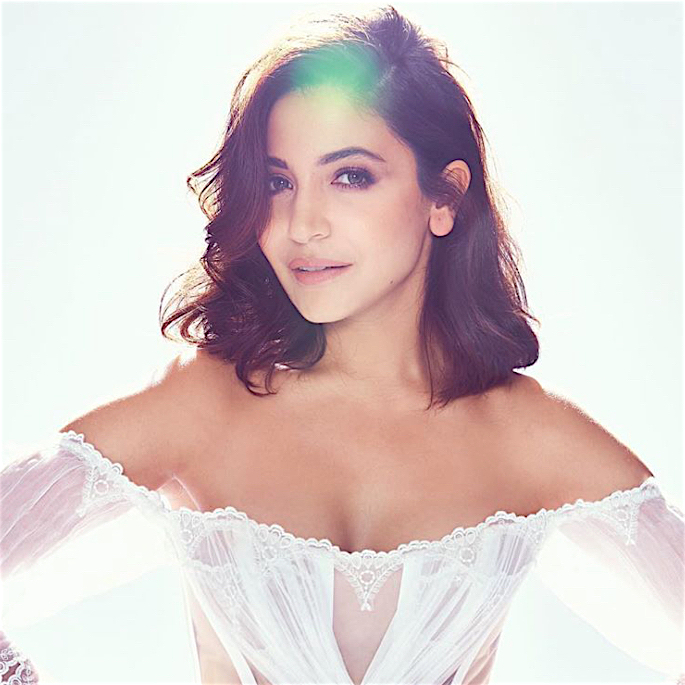 There is no denying Anushka looks smouldering with this shoulder-grazing lob.

Undoubtedly, Anushka will carry forward this look into 2020, showcasing more hairstyles that one can create with a lob.

Anushka reminds many that having short hair does not mean you must limit your creativeness. 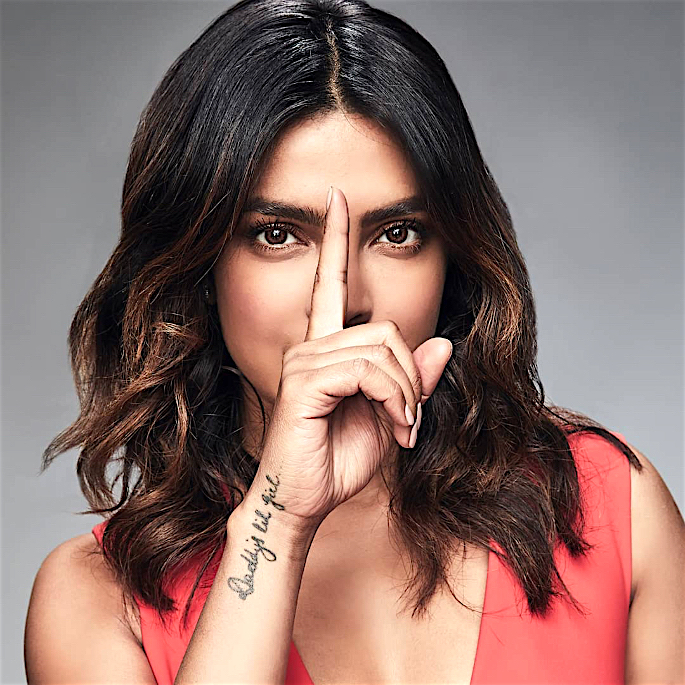 International star, Priyanka Chopra Jonas has been an advocate of the lob for quite some time. It can be assumed that Priyanka bought the lob style to Bollywood.

She debuted her new hairdo on Instagram with the caption:

“When you have a new haircut and can’t help but constantly touch it to make sure it’s all ok up there!!” 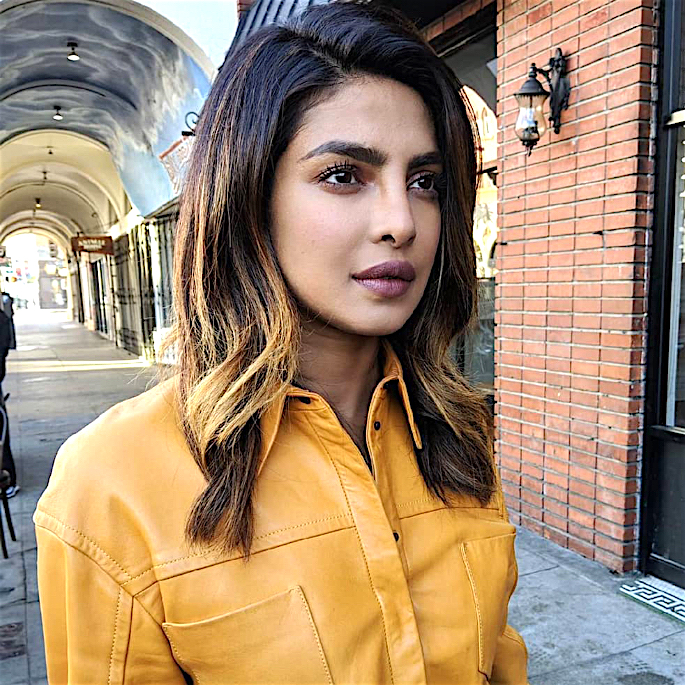 Here we can see Priyanka adorning the lob with a side part and voluminous loose waves. The textured style accentuates her balayage highlights, making her hair look youthful and fresh.

This hairdo is courtesy of celebrity stylist Christopher Fulton who worked his magic to redefine Priyanka’s hair. 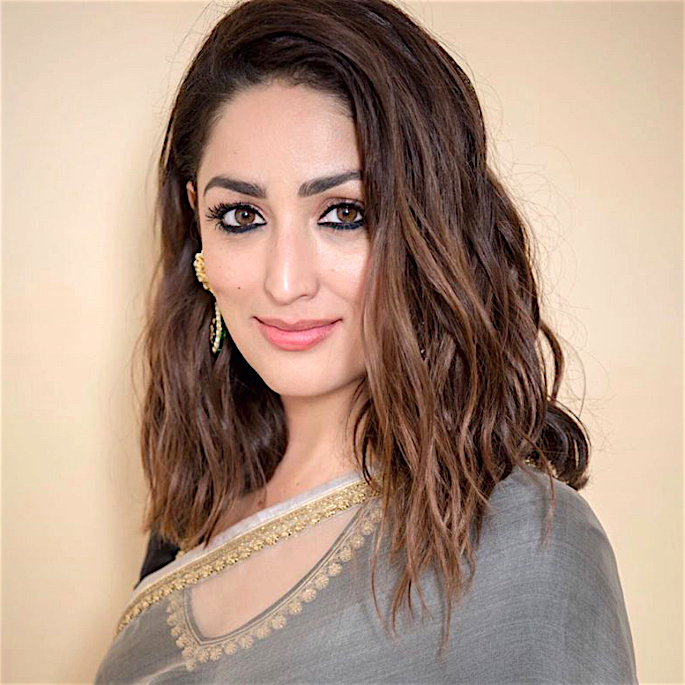 Actress Yami Gautam’s hair makes us all want to go shorter. Having sported the long hair look for a while, Yami switched things up and went short.

Despite the apprehension of chopping your hair, it is well worth the trip to the hair salon. Yami’s lob makes her look more youthful, radiant and polished. 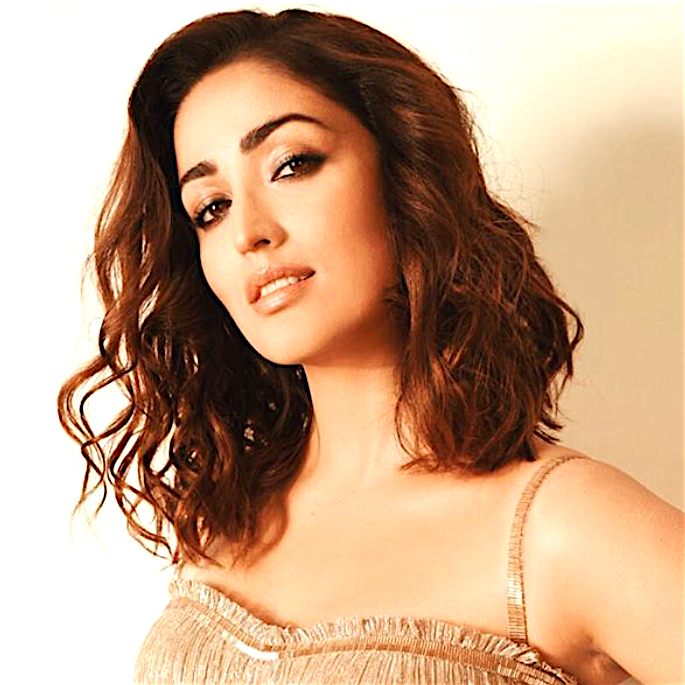 It is clear that the lob has the power to redefine your entire ensemble, adding a sultry appeal to your overall look. 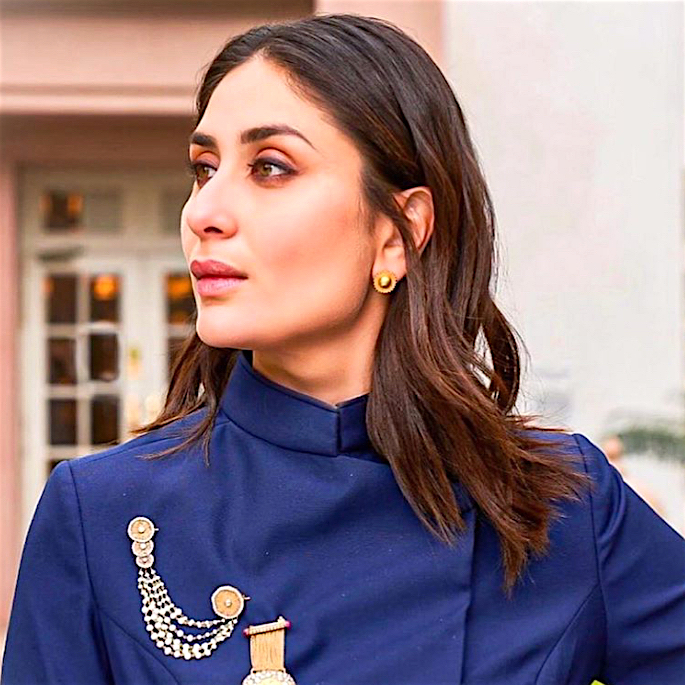 Bollywood diva, Kareena Kapoor Khan is known for her long tresses, which she usually styles in waves, curls, ponytails and more.

The latter side of 2019 saw a change in her hairdo as Kareena shook things up for her upcoming film, Angrezi Medium (2020).

Shooting for the film began in London and the actress was spotted with collarbone-length hair.

Kareena’s hair was cut into a blunt lob, which was strategically thinned out at the ends.

The credit for Kareena’s trending hairstyle goes to her stylist Yianni Tsapatori who stayed true to Kareena’s preference.

The long bob has been rightfully flaunted by Kareena Kapoor who has been enjoying this new chic hairstyle. 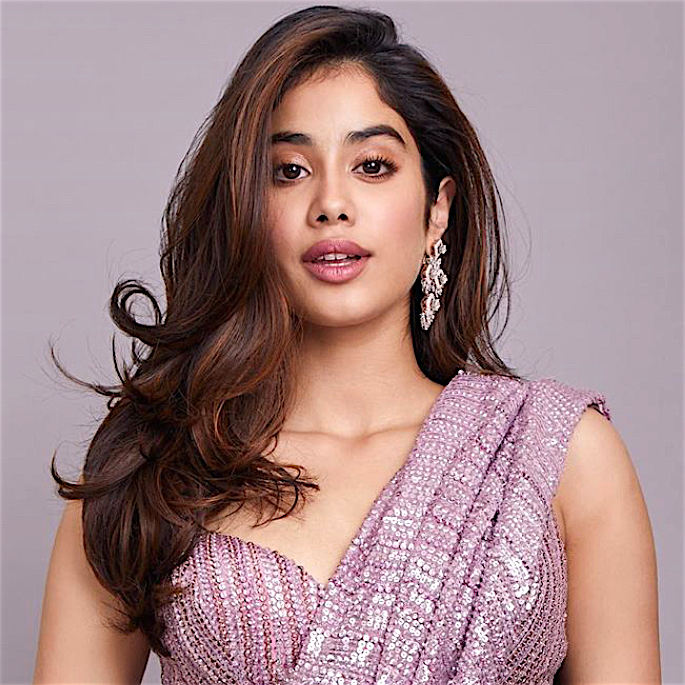 Janhvi Kapoor does not shy away from experimenting with her looks. She constantly provides major inspiration for her large fan following.

In this instance, if the lob is not for you, then turn to Janhvi’s hair as a muse. The actress devotedly follows a strict hair routine to maintain the shine, health and growth of her hair. 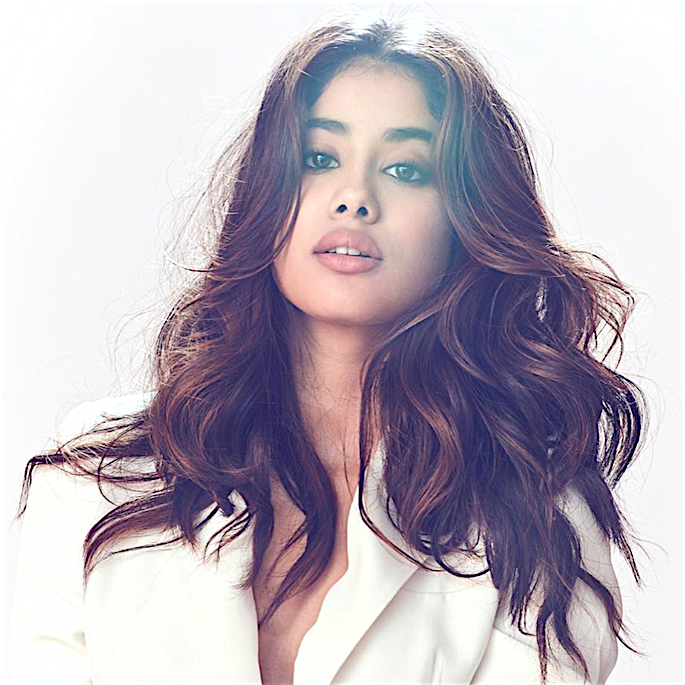 Currently, Janhvi is seen with mid-length hair styled with feathers to frame her face. This hairstyle is a must-have for all those who want the best of both long and short hair.

Janhvi’s warm brown hair with chestnut highlights is given a fresh breath of life with this stunning haircut that she will be carrying on into 2020. 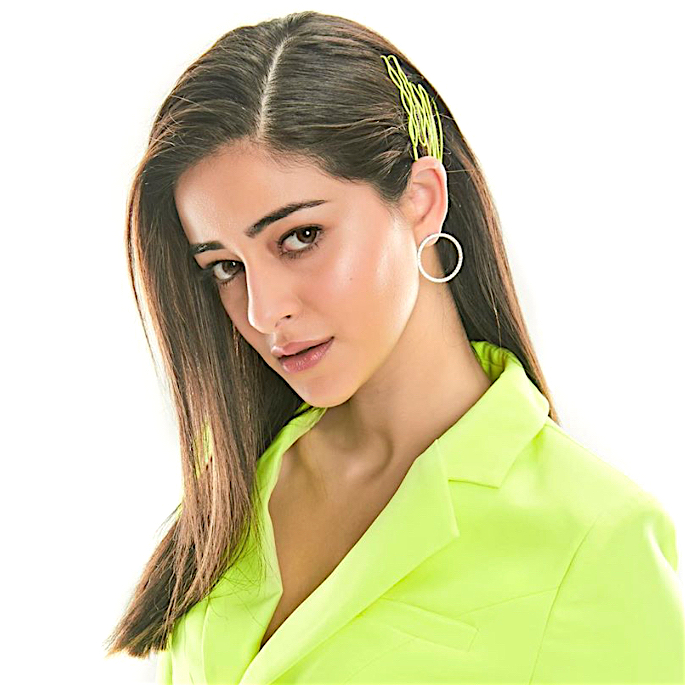 Another mid-length hair lover is Bollywood newbie Ananya Pandey. Recently, the actress cut a couple of inches off her long hair and it is safe to say we have no complaints at all with this fresh look.

The new star child in B-town has been amazing fans with her effortless looks both onscreen and off-screen.

Here we can see Ananya sporting pin-straight mid-length tresses with a side part.

She accessorised her hair with neon yellow hair clips to neatly tuck her hair behind her ear for a sleek look. 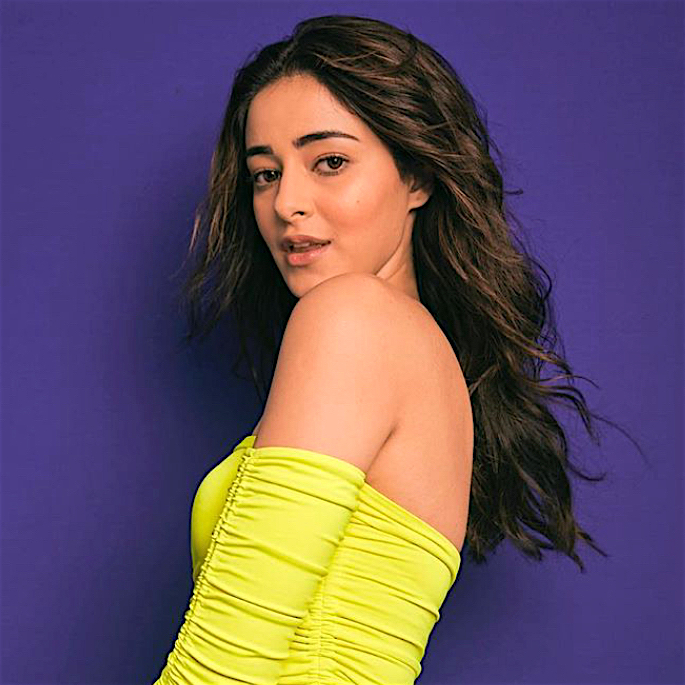 Ananya also showcased how this hairstyle looks glamorous in curls, alluding to the appearance of fuller and thicker hair.

Ananya Pandey has certainly set hair goals for us all to follow in 2020.

If you are looking for hair inspiration and goals for the year 2020 then be sure to take heed for our line-up of Bollywood actresses.

Whether you are leaning towards a lob like Deepika and Priyanka or longer locks like Janhvi remember there are limitless ways to style either cut.

Start the new year right, with these amazing hair trends that will have you feeling like a brand new you.