Male hairstyles in Bollywood have changed incredibly over the years. DESIblitz presents the hairstyles that have left a lasting mark on the fans.

Aamir definitely rocked the Ghajini look, it's hard to forget

Some Bollywood stars are known for pushing the boundaries and exploring different styles. And by doing so, setting new trends.

When it comes to hair, even male Bollywood stars are happy to get risky haircuts to show their dedication to their character. Especially when it comes to shaving their entire head for a role.

Veteran Bollywood stars such as Amitabh Bachchan, Rishi Kapoor and Anil Kapoor are known for not only their acting but having great filmy hairstyles too.

Back in the day those were the hairstyles people wanted to have; simple, sophisticated and a haircut that oozed charm.

But in this modern contemporary world, many younger Bollywood fans won’t remember those classic filmy hairstyles.

They do however remember the funky, quirky and odd cuts that have come in fashion over the past few decades.

DESIblitz presents the most iconic and filmiest Bollywood haircuts of the last two decades. 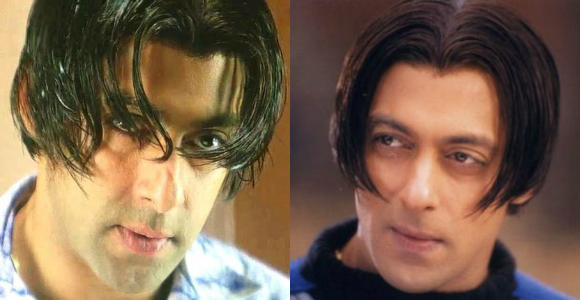 Most people may have forgotten about Salman’s role in Tere Naam, but Salman’s curtains will never really be erased from our memories.

Tere Naam features Salman in a doomed love story and his hair was specifically styled to suit the character’s personality which was a violent man.

Tahira says: “I’m a fan of classic movies and Salman is one of my all time favourite heroes, but this look didn’t do him justice, it destroyed the movie for me, it’s just wrong.”

Unsurprisingly, curtains never really became a popular trend in Bollywood cinema, and we can see why! 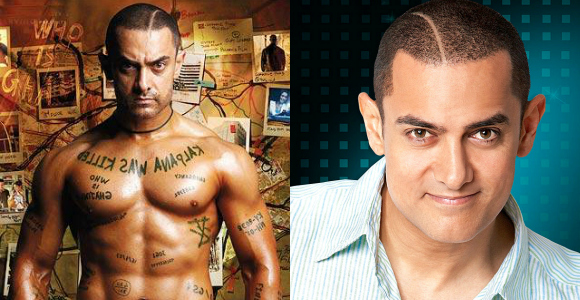 Aamir Khan stunned us with this dramatic look back in 2008 when he shaved off his hair.

Let’s face it, that took guts as it’s not easy pulling off this look, but luckily Khan manages it with ease.

Not only did he shave his hair off but he also took time to become fitter and muscular for the role. Ghajini follows Khan on his mission to avenge his lover’s death.

This distinctive look inspired a lot of men to get this cut, the main part of the look was to get a line across the head to expose part of the skull.

“I loved this hairstyle, this movie was brilliant and I actually got this haircut from an Asian Barber. But maintaining it was so hard, this was the first time I fully shaved my head.” 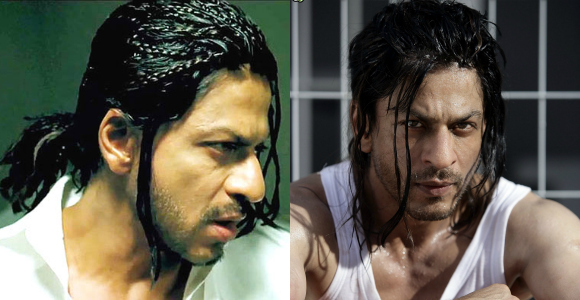 50-year-old King Khan has rocked many hairstyles from over the many decades of his film career.

But the one that always makes people gasp is his distinctive look in Don 2, where he plays the role of an international criminal.

Shahrukh mixes his long locks with some cornrows and a pony tail, mixing two different hairstyles together to create a hybrid style. It fuses ghetto and contemporary hipster together in one.

Amjad says: “I absolutely loved this look of SRK, it gave him such villainous vibes. It’s my all time favourite and if I could grow my hair as long as his, I’ll try to get that look.” 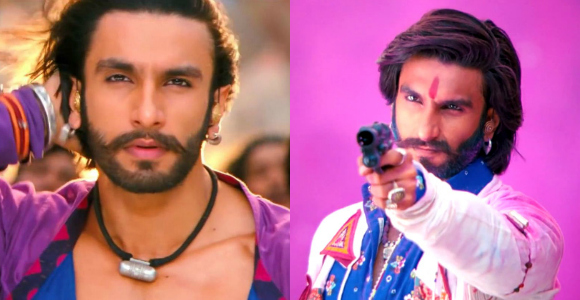 Ranveer Singh made an explosive breakthrough into the industry with his undeniable charm, charisma and his distinctive style.

Singh is known for his bold fashion choices and his ability to change up his look to accommodate his film roles.

Ram Leela shows the superstar embracing his facial hair and a longer, fuller hairstyle and using them to add to his sex appeal.

Samia says: “He totally won my heart in Band Baaja Baaraat, but after seeing him in this movie I was obsessed.

“I tried to make my boyfriend grow his hair like him. I think Ranveer was proper masculine in this movie, totally a dream man.”

Recently Singh switched it up for his role and shaved off his hair for his movie Bajirao Mastani, showing his versatility and ability to rock any look. 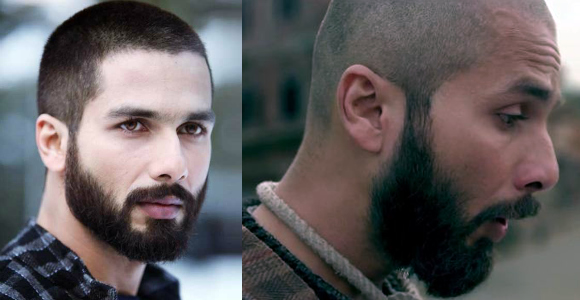 Shahid Kapoor has definitely been the one to look out for with his ever changing hairstyles. From long to short, boy next door to rich bachelor.

Shahid rocked the world with his Haider look as it showed his fans and the rest of the Bollywood industry his determination and willingness to prove his skills as an actor.

The Shakespearean inspired Haider follows a story of a man on a mission to avenge his father’s death. It shows the former chocolate-boy Shahid in a completely different light; he’s darker and more twisted.

Meher says: “I refused to believe Shahid cut his hair off before I saw him in Haider but it grew on me, he looks good as a skinhead, it really brings out his eyes.”

So, there you have it, some of the most unforgettable looks of Bollywood superstars. These Bollywood men are definitely beginning to make a fashion statement within the industry.

With such a huge fan bases they have the power to inspire young men to take risks with their sense of style. It can definitely be said that these filmy looks won’t be forgotten for a very long time.

Talha is a Media Student who is Desi at heart. He loves films and all things Bollywood. He has a passion for writing, reading and occasionally dancing at Desi weddings. His life motto is: “Live for today, strive for tomorrow.”
How the Right Barber makes a Difference
The Kem Healing Practices of Sri Lanka