BBC released their annual list of the 100 most inspiring women and in 2020, Pakistani actress Mahira Khan features on it.

"She wants to tackle social issues in her native Pakistan"

The BBC has unveiled its list of the 100 most inspiring women for 2020, and Pakistani actress Mahira Khan is a part of it.

For 2020, the list highlights the women who have been leading change and making a difference during these difficult times.

While releasing the names, the BBC said: “In a year of incredible change, it is only fitting that we acknowledge the female leaders who have helped us weather the storm.”

The publication explained that Mahira makes it on to the list for being “outspoken” about several issues.

In a statement, the BBC said: “Mahira Khan is no ordinary actress – she is outspoken against sexual violence, refuses to endorse skin-lightening creams and supports the fight against racism.

“She wants to tackle social issues in her native Pakistan by changing the narrative in films and on TV.”

The ‘BBC 100 Most Inspiring Women’ is split into four categories. Mahira’s work for change comes under creativity.

The actress has been “raising awareness about the plight of Afghan refugees in Pakistan” by being the national Goodwill Ambassador for the United Nations High Commissioner for Refugees.

The statement concluded:  “She’s been a firm favourite with audiences ever since starting out as an MTV video jockey (VJ) in 2006.

“Khan is also a devoted mother to her 11-year-old son.”

Mahira Khan previously took to social media to speak about the Afghan refugees and advocate for the education of the children.

Mahira Khan is not the only woman of South Asian origin who has made it on to the list of the ‘100 Most Inspiring Women’.

Bangladeshi woman Rina Akter is a former sex worker who assembled a team of helpers to help serve 400 meals a week during the pandemic.

Meals were served to sex workers in Dhaka who found themselves struggling to feed themselves due to having no clients.

South Africa-born Ishtar Lakhani is a feminist and activist who works with social-justice organisations around the world, providing the support needed to strengthen their approaches to human rights advocacy.

In 2020, she has had a key role in the Free the Vaccine campaign.

Ishtar and others are working towards a single goal of ensuring that a Covid-19 vaccine will be sustainably priced and available to all.

Dr Sania Nishtar is a leader in global health and sustainable development. 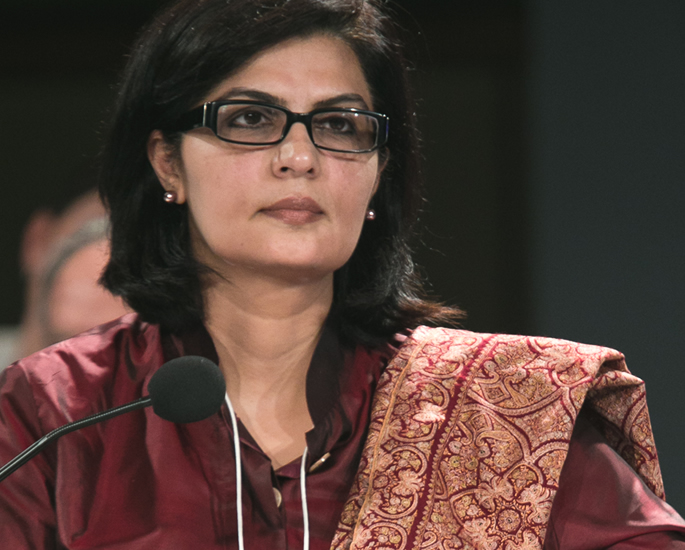 Since 2018, she has been leading the transformative Ehsaas Poverty Alleviation programme, which has improved the livelihoods of millions of Pakistanis by providing mobile banking and savings accounts, and other basic resources.

She said: “The dramatic impact of Covid-19 presents us with a once-in-a-generation chance to build a fairer world and bring an end to poverty, inequality and the climate crisis.

“For this, women must be equal, empowered stakeholders.”

Rima Sultana Rimu is a teacher and a member of Young Women Leaders for Peace in Cox’s Bazar, Bangladesh, which aims to empower young women from conflict-affected countries to be leaders and agents of peace.

She responded to the Rohingya refugee crisis and now organises gender-sensitive, age-appropriate literacy and numeracy classes for the refugees, and for women and girls in the community who lack access to education.

Eighty-two-year-old Bilkis was part of a group of women who peacefully protested in Shaheen Bagh against the controversial Citizenship (Amendment) Act.

Manasi Joshi is the current para-badminton world champion but is also a change-maker.

She aspires to drive a change in how disability and para-sports are perceived in India.

Climate activist Ridhima Pandey who filed a petition against the Indian Government in response to its inaction to mitigate climate change at the age of nine.

In 2019, she and 15 other child petitioners filed a lawsuit against five countries at the United Nations.

She said: “Now is the time for us to be strong and united, and to prove how capable we can be in difficult times.

“If a woman is determined to achieve something, no-one can stop her.”

US-based Kiran Gandhi is a singer who performs as Madame Gandhi. Her mission is to elevate gender liberation. 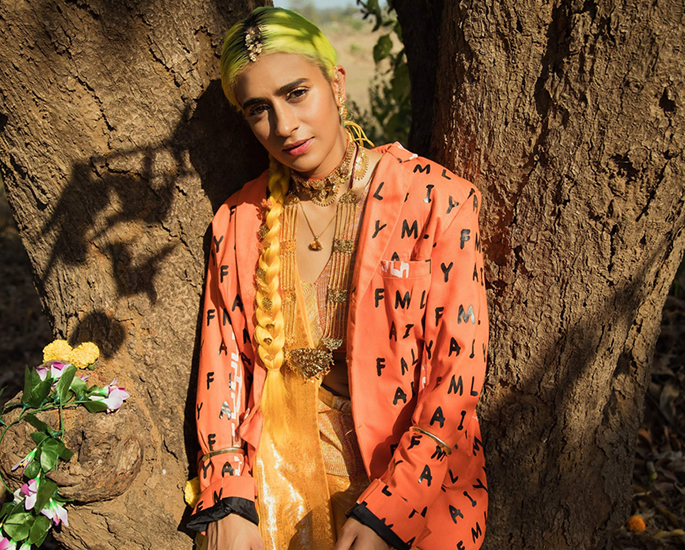 She was known for running the London Marathon while ‘free bleeding’, to tackle the stigma around menstruation.

Shani Dhanda is an award-winning disability specialist and social entrepreneur, recognised as one of the UK’s most influential disabled people.

She founded and continues to lead the Diversability Card initiative, the Asian Woman Festival and the Asian Disability Network.

All three disruptive platforms are united by the common purpose of empowering underrepresented communities.

These ‘100 Most Inspiring Women’ have been advocates for change during unprecedented and difficult times and they continue to strive for the betterment of society.

Dhiren is a journalism graduate with a passion for gaming, watching films and sports. He also enjoys cooking from time to time. His motto is to “Live life one day at a time.”
Tamil Nadu Police save Transgender Doctor from Begging
Indian Railway Worker details Wife’s Affair in Suicide Note