Recognising the incredible talent and achievements of South Asian women, DESIblitz recognises 10 inspiring women of India who have challenged societal norms and broken down stereotypes to pursue their dreams.

India’s women are both powerful and inspiring. At a time when the significance of women should be celebrated, many of these brave individuals are breaking down gender stereotypes.

As women across the world celebrate a year of change, many are using their voices to be heard.

DESIblitz celebrates the efforts of 10 such influential women who have left no stone unturned to excel in their fields.

Take a look at these extraordinary and inspiring women of India and the brilliant contributions they have made to society. 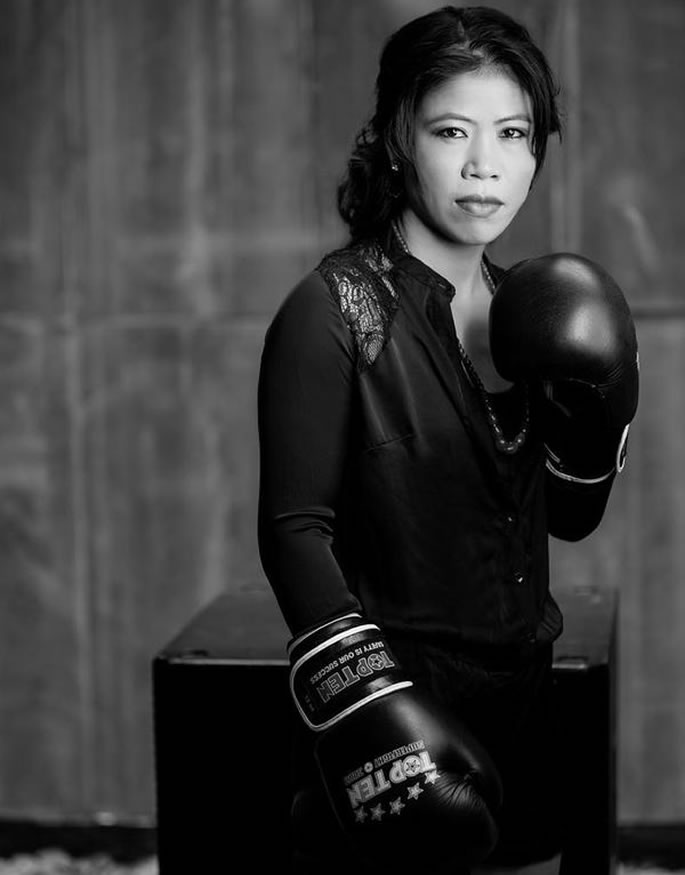 Chungneijang Mary Kom Hmangte, better known as Mary Kom is one of the most respected woman sports personality in India.

The Olympic boxer became the first Indian woman boxer to get a Gold Medal in the Asian Games in 2014. Her record at World Championship has also been laudable as she is a five-time World Amateur Boxing champion.

What sets Mary Kom apart is her perseverance and commitment towards the sport. While many consider motherhood to be a roadblock for women in sports, the Manipur-based boxer proved everyone wrong as she continued to perform in the ring as a boxer and outside the ring as a mother.

The mother of three has set an example for many women aspiring to achieve their goals without the pressure of domestic responsibilities. 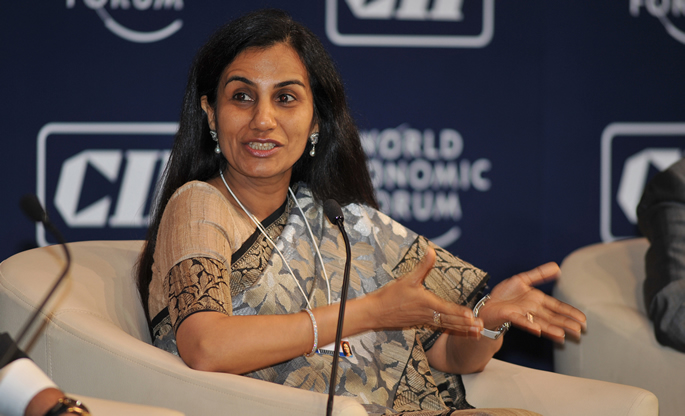 ICICI Bank chief executive officer (CEO) and managing director (MD) Chanda Kochhar was ranked highest among the five Indian women who found a place among the Forbes list of world’s most powerful women.

Under her leadership, the face of retail banking in India has changed massively.

Breaking the glass ceiling of men dominating the finance sector, Kochhar with her sharp intellect became the CEO of one of the highly trusted private banks in India. She has received the Woodrow Wilson Award for Global Corporate Citizenship and is the first Indian woman to do so.

In an interview, Kochhar was specifically asked if it is difficult for women in leadership roles to thrive in India to which she replied:

“When I started my career, I think the whole perspective toward women leaders was definitely different from what it is today.”

“Many Indian corporations, in fact, are going out of their way to attract more and more women in the workforce. And women are becoming much more open and conscious about the fact that they need to have a career of their own.” 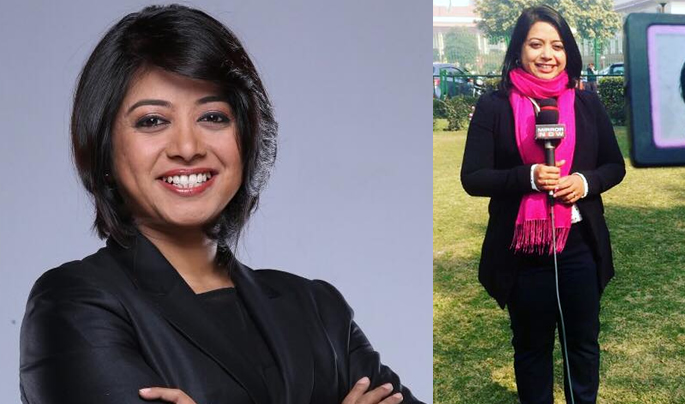 Having a flourishing career in television media requires one to not just deal with cutthroat competition but also maintaining pure standards of reporting. Women in most sectors are threatened and put down by their male colleagues with the help of sexist commentary.

Setting an example of how to deal with such instances is Faye D’Souza who is a television news anchor and executive editor of an Indian news channel.

When a heated discussion on the news panel led to one of the speakers insulting D’Souza, the journalist gave it back with a stern reply over national television and continued to do her job.

Unperturbed by influential men or politicians, Faye is known to be the fearless anchor who holds those in power accountable for their inefficiencies. She is a role model for several aspiring female journalists. 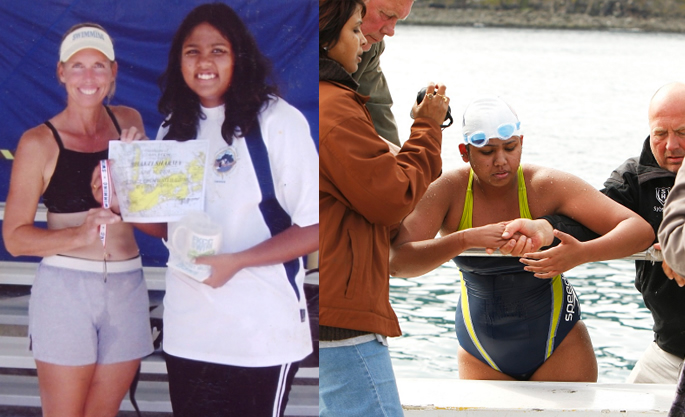 Hailing from the land of desert, Rajasthan, Bhakti Sharma’s relationship with water is unbelievable. She is the youngest female swimmer in the world to swim in 4 oceans (Indian, Atlantic, Pacific and Arctic) and 7 seas.

Bhakti started swimming when she was merely a two year old. Her mother Leena Sharma continued to train her as an open water swimmer.

Not only Bhakti but her mother too is a big inspiration. The mother-daughter duo holds the world record for being the first pair to swim across the English channel.

It is ladies like Bhakti and her mother who prove that with the right guidance and support, no feat is unachievable for women. The world needs more mothers like Leena Sharma who nurture the dreams and provide the freedom for their daughters to take the road less travelled. 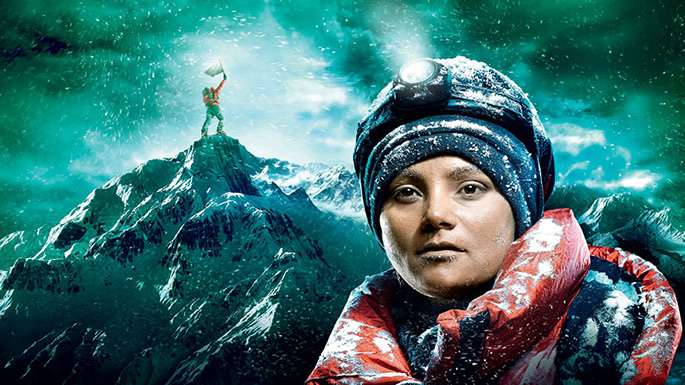 In an unfortunate incident of chain snatching in a train, 24-year-old Arunima Sinha was thrown off a moving train by robbers. In this accident, Sinha lost her leg and was forced to face the pitying stares and murmurs of “Who will marry you now?” from her close ones.

Rather than pulling herself down, Sinha maintained her self-esteem and decided to challenge herself to a feat of climbing Mt. Everest.

In 2013, this dream actually came true for Arunima who underwent several difficult circumstances to reach the top and became world’s first female amputee, and the first Indian amputee, to achieve this feat.

Sinha is a living proof that determination and faith can move mountains. 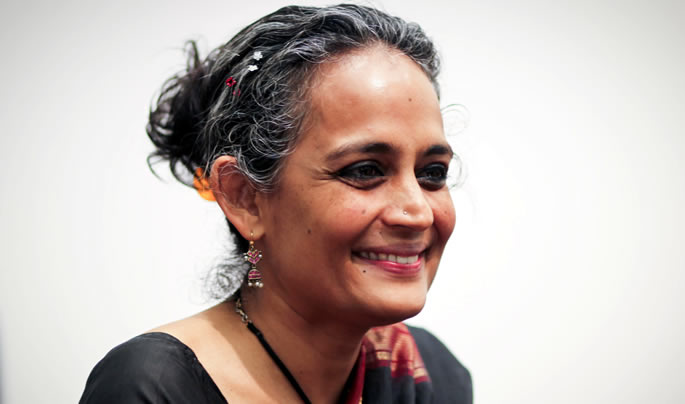 Arundhati Roy went from being a literary sensation to political activist in a short span of time.

After receiving massive success with her novel The God Of Small Things (1997) which won the Man Booker Prize, she turned to writing controversial political essays.

Roy’s unabashed writing about government corruption, rising Hindu nationalism and so on has got her in trouble several times.

Arundhati’s outlook towards the disputed area of Kashmir subjected her to a lot of flak. She has been termed as a ‘traitor’, there have been demands to put her in jail, but Roy remains fearless. 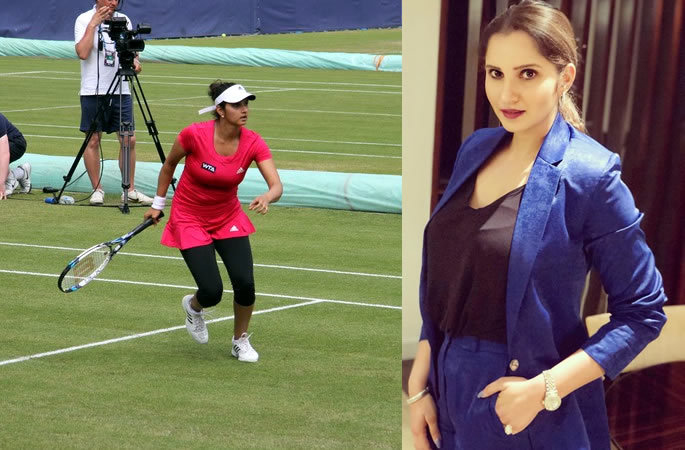 Sania Mirza is one of the most popular and successful female Tennis players from India. In a country where sport is dominated by Cricket and Hockey, Sania Mirza became the pioneer for even dreaming to have a career in Tennis.

She is the highest-ranked female player ever from India, peaking at world No. 27  in 2007. Currently retired from singles, Sania was formerly ranked world no. 1 in women’s doubles rankings.

Shortly after marriage, Sania was often prodded by the media regarding motherhood and retirement. Although Sania’s strong comebacks to the sexist questions have been praiseworthy.

“You sound disappointed that I’m not choosing motherhood over being number one in the world at this point in time. That’s the question I face all the time as a woman, that all women have to face — the first is marriage and then it’s motherhood.

“Unfortunately, that’s when we’re settled, and no matter how many Wimbledons we win or number ones in the world we become, we don’t become settled.”

The skipper of the Indian Women’s Cricket team, Mithali Raj is the only captain (men or women) to lead India to an ICC ODI World Cup final twice in 2005 and 2017.

For years, the women’s cricket team in India was neglected and hardly ever managed to make it to the headlines. It was through Mithali’s brilliant efforts to bring to the team in world cup finals that caught everyone’s eye.

In a cricket crazy nation, the women’s team too found a lot a support and cheer as they faced England in the finals in 2017.

The Arjuna awardee has previously stated in her interviews that she wants to inspire more girls to take up cricket and keep continuing to take the woman’s team ahead. 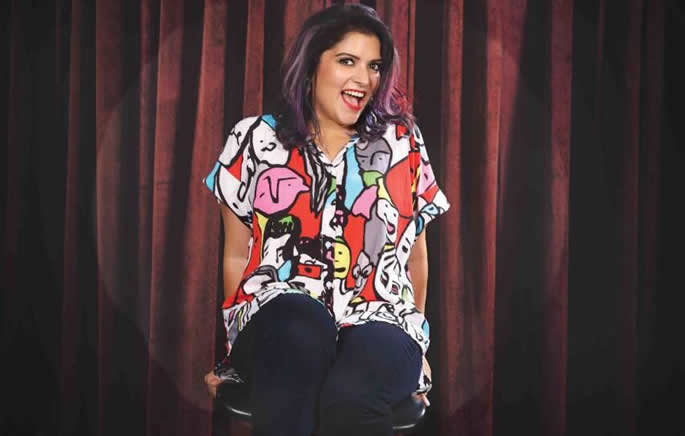 Stand up comedy in India has significantly seen a rise since 2014. Initially, it was not considered to be a profession that offers any financial gains. Although with the digital boom, it is one of the highest earning genres on video.

Among the first few female stand up comedians to take the stage, Aditi Mittal has made a name for herself. Inspired by western popular names in comedy such as Tina Fey, Mittal quit her job to pursue stand up comedy full time.

She was one of the first 5 Indians to be featured in an Indians only stand-up show called Local Heroes, organised by the UK’s The Comedy Store in 2009. Being a woman, Aditi has also managed to use the platform well to indulge in social commentary. 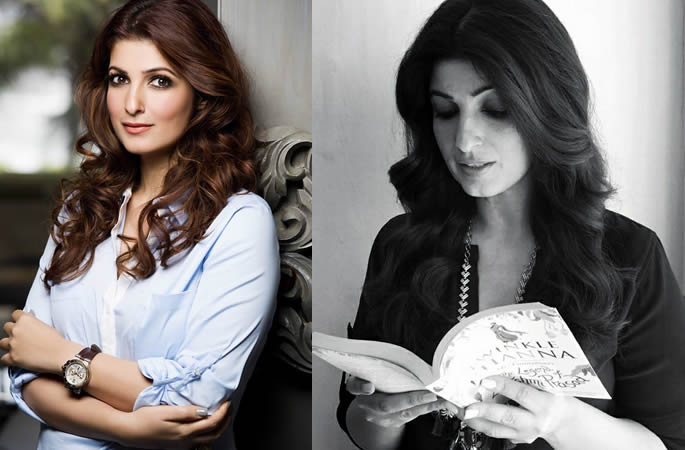 She is not a mere star wife, Twinkle Khanna has her own identity. The former actress wears many hats such as being an author, a columnist, a film producer and also interior designer.

After getting everyone hooked on her witty newspaper columns, Twinkle released her own book, Mrs Funnybones in 2015. The book made record-breaking sales and made her the highest selling female writer that year.

Taking a back seat from films and marrying a Bollywood superstar did not hinder Twinkle from carving her own career as a writer.

From sports to business, these women achievers give thousands of other ladies hopes to dream and work towards their goals. They have broken the stereotypes attached to gender roles and proven to the world that it is merit and hard work that makes them the strong personalities they are.

We admire the courage and contributions of these women and hope they continue to set new standards of excellence for all.