Head to Head ~ the Male and Female Indian Cricket Teams

DESIblitz uniquely compares the male and female Indian cricket teams after both sides narrowly missed out on winning recent ODI tournaments in 2017.

Despite comfortably beating their arch-rivals, Pakistan, in their Group B match, India lost the all-important 2017 final by 180 runs.

This meant that the Men in Blue watched on as Pakistan lifted their first ICC Champions Trophy at their expense.

India’s Women in Blue, meanwhile, powered through the 2017 Women’s World Cup on their way to the final.

Their opening match victory over hosts, and favourites, England, gave India’s women a dream start. But, like their male counterparts, India’s Women in Blue couldn’t repeat the trick in a final against the same side.

So both the men’s and women’s Indian cricket teams ended up as runners-up in their respective 2017 ODI tournaments.

DESIblitz uniquely compares the two sides to see how much difference there actually is between the two Indian cricket teams.

All comparisons come from performances in One Day International matches. 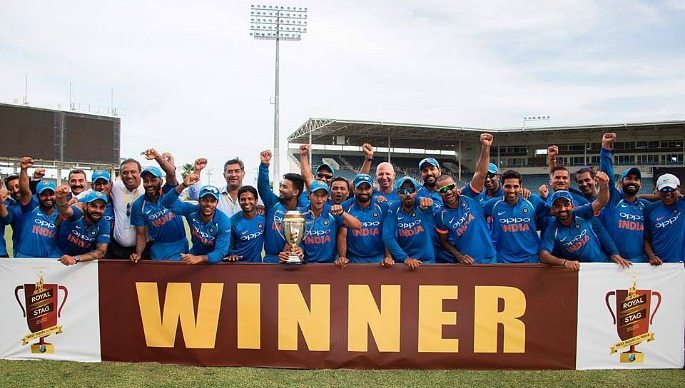 The Indian cricket teams have both been in sensational form recently.

India’s men bounced back stylishly after the disappointment of losing their 2017 ICC Champions Trophy final against Pakistan in June.

India’s women, however, have not played competitively since their 9 run defeat against England in the ICC Women’s World Cup.

But, nevertheless, their form since early 2016 has been nothing short of sensational. 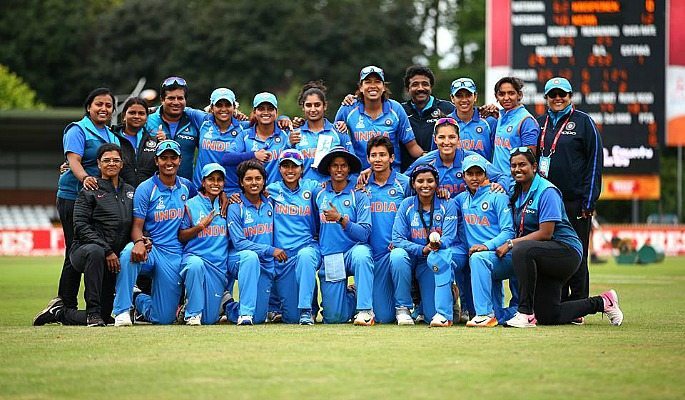 Between February 2016 and May 2017, the national Indian women’s team won a remarkable 16 consecutive ODI’s, falling just short of Australia’s record of 17.

India’s women have an impressive 22 wins from the 27 ODI matches which they have played so far in 2017. The male national team, meanwhile, have 10 wins from their 14 ODI’s this year.

Although both Indian cricket teams are in excellent recent form, it is the women who are performing better in 2017.

Their One Day International win-rate of 81.5% beats the 71.4% win-rate of the men’s national team. 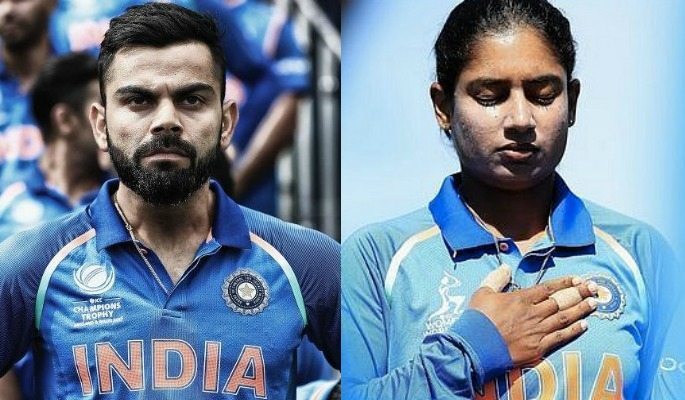 Raj is the first Indian captain to lead India to two ICC World Cup finals, in 2005 and 2017. She is also the leading run scorer for India Women in all formats of the game.

Her 6,190 career runs make her the highest scoring female cricketer in the history of women’s ODI cricket. She is the first, and only, female to pass the 6,000 run milestone.

And this sensational total does not include her Test runs, which are partly made up by her incredible 214 not-out against England in 2002.

Kohli, though, is also a unique record-breaking captain. His 52-ball century helped India record their highest ever successful run chase, and is the fastest by any Indian cricketer. 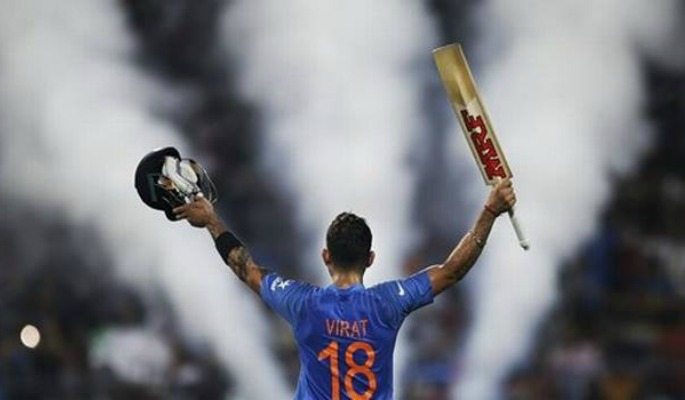 He went on to break numerous more records in surpassing milestones of runs. But, most recently, Kohli became the fastest ever player to reach 8,000 ODI runs.

Now on an unbelievable 8,257 ODI runs, Kohli is undoubtedly one of the world’s greatest ever batsman. But which player has the edge statistically, Virat Kohli or Mithali Raj?

Despite both captains being vital to their respective Indian cricket teams, Virat Kohli scores his runs at a quicker rate than Mithali Raj. 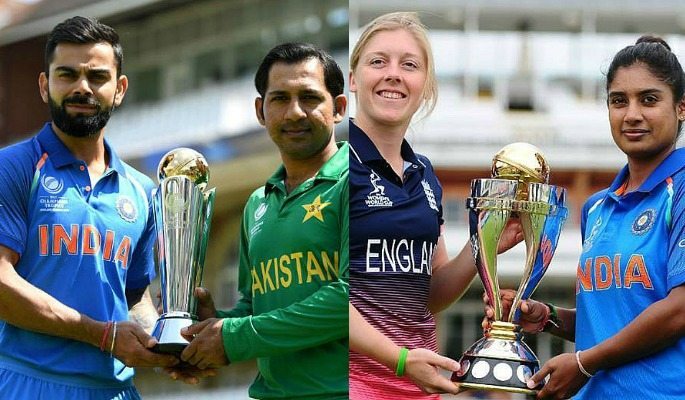 The India women’s cricket team are currently 4th in the ICC world rankings, behind only England, Australia, and New Zealand.

However, they are still waiting for their first ODI World Cup win. The Women in Blue are two times Runners-Up after losing the 2005 and recent 2017 final.

India’s male national team, though, has won both the ICC Cricket World Cup and the ICC Champions Trophy, twice. Australia (5), West Indies (2), and India (2) are the only teams to win the cricket World Cup more than once.

Their most recent major tournament win came in 2013 when the men’s team beat England in the Champions Trophy final.

India could have retained their title, but they lost the final of the 2017 edition of the competition to Pakistan. 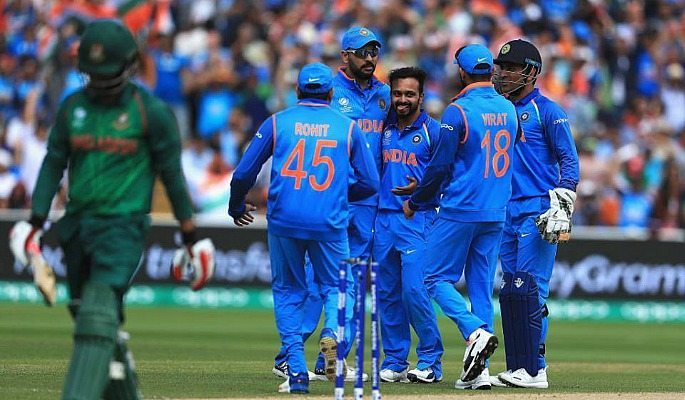 While it seems as though India’s male team is by far the most efficient in tournaments, they are lacking somewhere. The men’s cricket team have won 6 of the 12 Asia Cup competitions since 1984, but only twice since 2000.

India women, meanwhile, are the defending champions of the women’s Asia Cup after winning all six editions of the tournament.

Incredibly, the Women in Blue have won all 32 of their games which gives them an unbeatable 100% win rate.

It is only fair that both teams gain a point on our DESIblitz scorecard for their sensational efforts in tournaments.

Her nearest rival, who is still playing, is Anisa Mohammed of the West Indies. And she is way back on 136 ODI wickets.

But how does Goswami compare to India’s top male bowlers? Her 195 wickets from 164 ODI’s means that she takes an average of 1.18 wickets per match. 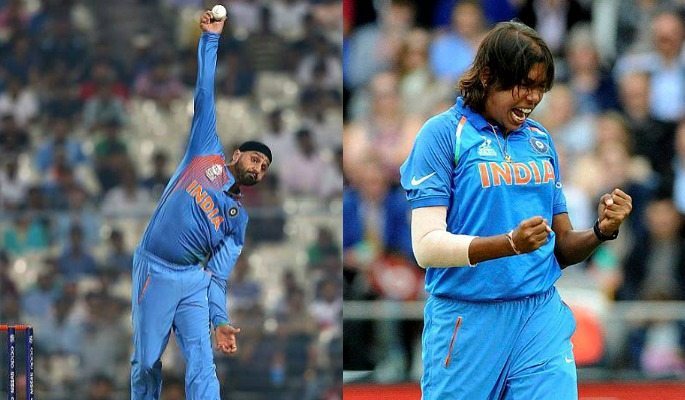 Harbhajan Singh is currently the best active bowler for India. His present record of 269 ODI wickets from 236 matches, give him an average of 1.12 wickets per game.

This means that Jhulan Goswami takes wickets at a better rate than Harbhajan, and India Women get the point.

However, if retired players were to be included, Anil Kumble is India’s top bowler with 334 ODI wickets. After taking those over 271 matches, his average would have been 1.23 wickets per game and would have beaten Goswami.

To date, the two Indian cricket teams have competed in well over 1000 One Day Internationals.

India’s women, meanwhile, have just 136 ODI victories. But this comes from just 248 matches overall and gives the Women in Blue a 54.8% win percentage.

So, of the male and female Indian cricket teams, it is the women who boast the better record. 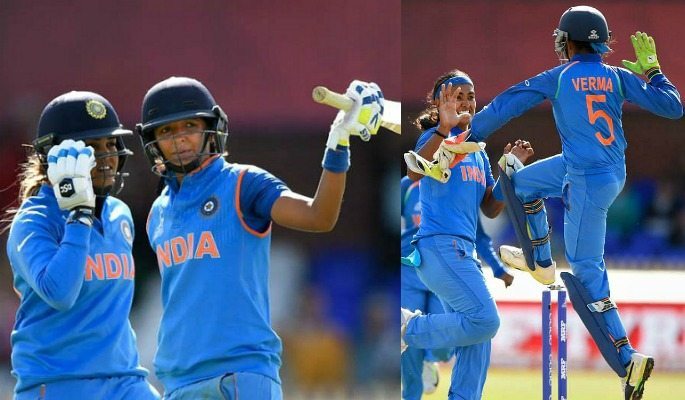 The Indian women’s cricket team did not gain direct qualification for the 2017 ICC Women’s World Cup. Rather, they had to qualify, which they did so incredibly well, going unbeaten throughout.

Speaking about the qualifying process, India Women captain, Mithali Raj says: “It will be a blessing in disguise that we are getting matches to play before the World Cup. After that, we had the quadrangular series, [and] that was good preparation.”

Unfortunately, the women’s cricket team for India is still battling for equality. Despite having much more support under the BCCI than they did before, the team still don’t get the chance to play enough, and they are still massively underpaid.

“In 2005 hardly anybody knew that India qualified for the final, because they were all too involved with men’s cricket. Nobody really paid attention to the Indian women’s team. The match wasn’t televised as well so we couldn’t really garner that many viewers at that point of time.”

But now, in 2017, surely these talented women deserve to be broadcast to the world? The 2017 Women’s World Cup is a start, but so much more can still be done.