The legendary Indian bowler, Anil Kumble, has been named as the new head coach of the Indian Cricket team. DESIblitz has all the details and reactions.

"Great things in store for Indian Cricket with you."

The Board of Control for Cricket in India (BCCI) have officially announced that Anil Kumble is the new head coach of the Indian cricket team.

Kumble is the first Indian to act as a full-time head coach of India since Kapil Dev in 1999/2000.

He has joined on a one-year contract.

He succeeds the Zimbabwean Duncan Fletcher, whose management ended in March 2015 after the 50-over World Cup in Australia-New Zealand.

Ravi Shastri took temporary charge of the Indian team after Fletcher’s tenure. The BCCI appointed Shastri as team director until the ICC World Twenty20 in April, 2016.

After the T20 tournament, where Shastri guided India to the semi-finals, the BCCI advertised the position for a full-time head coach.

Kumble beat Shastri, and various other names including Tom Moody and Pravin Amre, to become the new head coach of India. 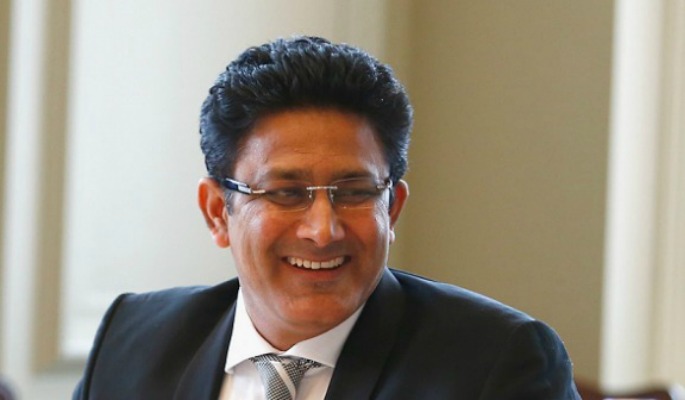 Following his appointment, the former Indian captain has said:

“Thank you all for your unconditional support and love, I am very touched.

“It’s a great honour to be part of the Indian team again, and I’m looking forward to having a great journey ahead. Please continue your support to the Indian team.”

Kumble is sure to be thankful to some of his former teammates in the Cricket Advisory Committee (CAC).

Sachin Tendulkar, Sourav Ganguly and VVS Laxman have offered a special recommendation to the BCCI of Kumble’s application.

Anurag Thakur, the President of the BCCI, is confident that they have chosen the right man.

He says: “The Indian cricket team deserves the best coach, BCCI has complete faith in Kumble.

“It is not about an Indian or a foreign coach, it is about best coach for India.”

Messages of support have been pouring in for Kumble since the official announcement by the BCCI.

And so has the current India captain, Virat Kohli: 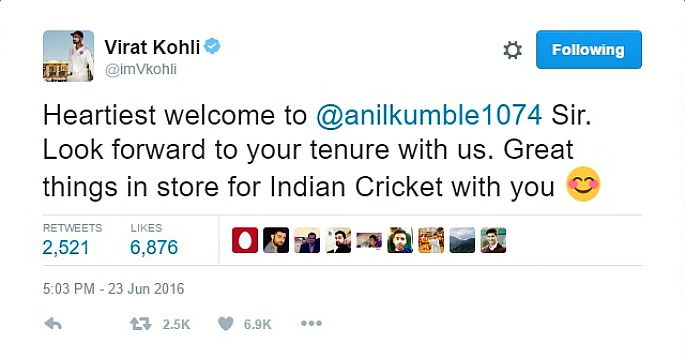 Worryingly, Kumble has not coached a cricket team outright before. However, he has acted as a mentor for the Royal Challengers Bangalore and Mumbai Indians in the IPL.

His lack of coaching experience is somewhat made up for by his standing as a player and captain in an 18-year-long international career.

Kumble retired as India’s highest Test wicket-taker, and the third-highest overall, with 619 wickets. This included a memorable career best of 10 for 74 against Pakistan in Delhi, 1999. 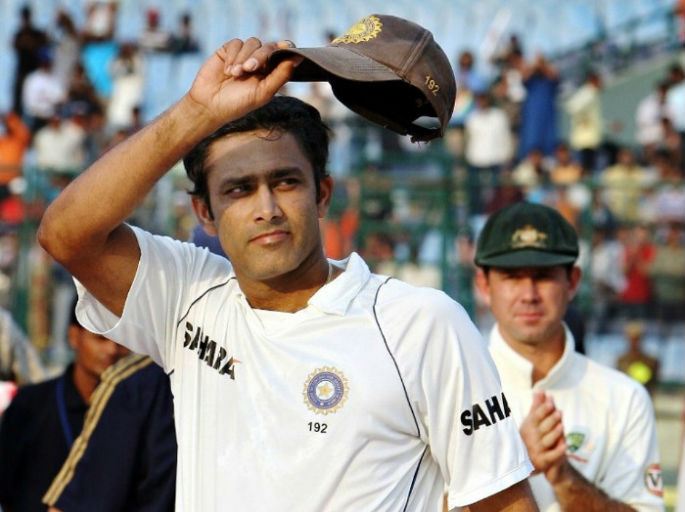 His two Indian Premier League mentoring stints, and undeniable pedigree as a player have carried his application over the line.

Kumble’s India team will take on the West Indies in a four-match Test tour in July/August, 2016, in his first challenge as head coach.

It is undoubted that Anil Kumble has magical hands, 619 Test wickets in 132 matches does not come easily. But is the national Indian cricket team in good hands under the legend?