Things that Bangladeshi Parents Say and Do

Parents are supposed to be a bit embarrassing and if they are not, they’re not doing right! DESIblitz looks at things Bangladeshi parents say and do.

Our parents are born ready with first-class abilities to shame their children in front of their friends without breaking a sweat.

Bangladeshi parents don’t mean to be awkward but their natural parenting instincts cause them to be competitive, loving and humiliating at the same time.

One of the causes is the cultural clash, what is acceptable in Bangladesh is not in England or vice-versa.

We can guarantee that the parents don’t consider their parenting skills troublesome at all.

With specific cultural beliefs and a lifestyle still being staunchly practised in a Bangladeshi home, they relate directly to the social norms of Bangladesh.

So, we bring to you, 10 things that Bangladeshi parents say and do.

With so many different methods, Bangladeshi parents have perfected their art when it comes to them and their children.

Bangladeshi parents, like traditional Desi, parents have very high expectations for their children and sometimes ask for the impossible.

They always have this super-power when it comes to picking on their children, especially for their ‘lack of abilities’ or ‘attitude’ that they might show.

In order to shape their children into their dream; Parents will pick up on any little mistake or things they believe are shameful.

This often comes from their competitive nature, the children’s own success plays a part in how high parents are amongst their circles of friends.

It is a must that all Bangladeshi children have higher grades than anyone else within their family that is the same age as them.

If a parent notices someone else’s child is succeeding in an area their child is not; this will become the talk for months.

Children are used to hearing phrases such as ‘Yusuf’s child has 4 A*’s, why can’t you do it?’ Or, ‘Have you heard, Samira can cook everything and now her mum doesn’t need to do anything and she’s younger than you?’

In fact, Bangladeshi parents love results day and wait ever so patiently to see their child’s grades just so they can get on the phone and advertise it all summer.

To the golden child who allows their parents to have a ‘high status’ in the neighbourhood is showered with gifts like royalty.

We are talking large sums of money, a new car and a massive celebration to go with it.

Whereas the one who achieved just under 99% will be left with endless lectures of how they have embarrassed their parents and how they are not good enough.

However, no matter what, Bangladeshi parents only have their children’s best interest at heart. 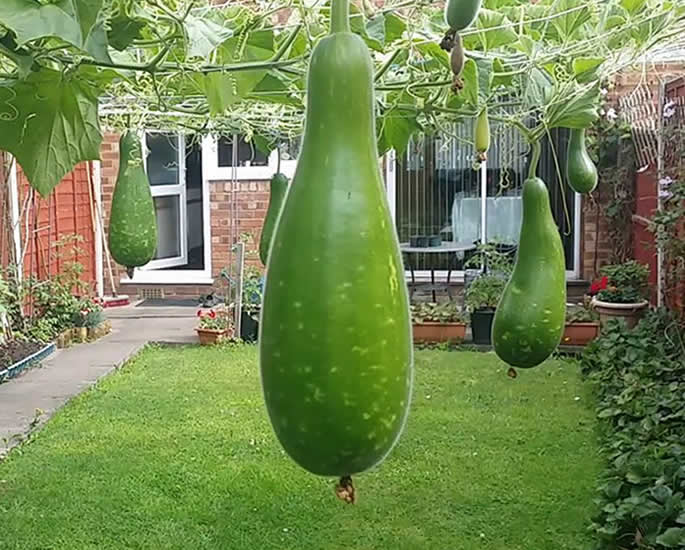 If there is one thing you will catch Bangladeshi mothers and aunties doing all summer – it’s comparing khodus.

Khodu means gourd or pumpkin which many like to grow in their own garden, this often turns into a massive competition and a conversation which goes on for two whole months.

We all know how it begins, often with an aunty saying these magical words – ‘Khodhu dorseni!’ Which translates to have gourds grown (this year).

Nazar translates to the evil eye which is taken very seriously in Desi culture.

Some mothers will go as far as not letting anyone go to her garden until she picked the gourd so that no one can see how big it is.

This to us British born Desi’s may sound a bit bizarre but it happens in plain sight.

If there’s one thing that’s been a constant in Bangladeshi culture, it’s parents giving their children nicknames they think is cute but it sounds all too strange in English.

For example, in order to rhyme the names of all their children, the parents will make up names like Jipu, Tipu and Lipu in the case of boys.

These funny pet names usually stick around till when the child is older. All the while having completely ordinary names for school.

If you’re an only child then you’ll probably be in deeper trouble, some parents go above and beyond and come with names like ‘Poppy’, ‘Rosy’ and ‘Polly’ in the case of a girl.

A lot of parents who are born in Bangladesh are obsessed and fascinated by English names.

The practice of strange nicknames is more common by villagers where traditional names are very common.

Each household will have a distinctive nickname for their children, e.g. ‘Oh, there’s Bubi’s mum’.

Interestingly, Bangladeshi parents have been known to name their children after sweets and powerful fictional characters. 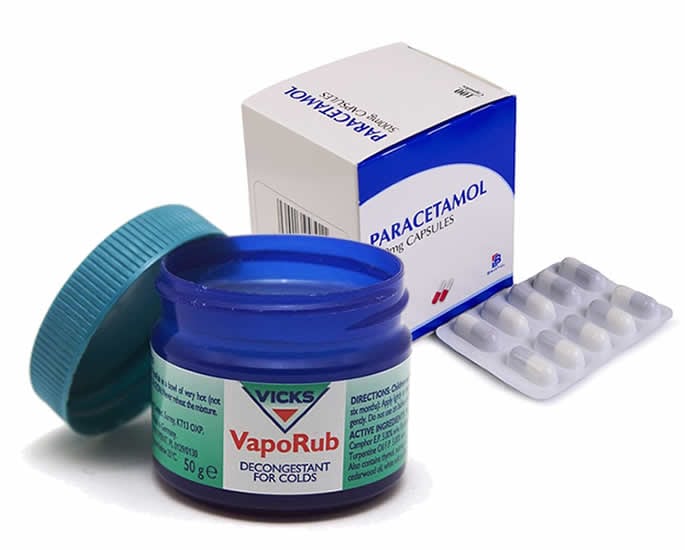 We can almost guarantee that nearly every Bangladeshi household has two things; Vicks VapoRub and Paracetamols.

These two things as told by grandparents and other elders can cure almost everything.

Got a cough? Rub some Vicks on your chest.

A bad cold? No worries, take two paracetamols and sniff the vapours of the Vicks for an instant cure.

In fact, before booking a doctor’s appointment, it is most likely that a Bangladeshi parent will request one of the two before seeking any medical help.

Weirdly, sometimes they are right. Maybe there are some unknown mystical healing powers in either two but it’s best to seek medical advice from a professional first.

Some Bangladeshi parents will do everything to avoid going to the doctors and instead get their children to search the web, try herbal remedies that involves plant juices and roots.

Take a trip to the pharmacy first and then give the doctor a go.

We wonder, which parent started the Vicks and paracetamol first remedy – where did it all begin?

How do you get a doctor to put you in for a scan, refer you to the hospital and give you the medicine you want?

Bangladeshi parents have the answer.

They will take their children into the doctors as their translator and be ever so dramatic as to where a simple headache becomes a possible hematoma followed by an extreme case of a hidden skull fracture.

This is after they try the paracetamol and Vicks remedy of course.

From the front seat, it will look like you have just turned on Star Plus and the drama is just the beginning.

For the child, it is a complete setup, the parent will continuously talk over them as the child tries to get a few words to best explain to the doctor what has actually happened.

But it’s not only doctors who have to hear the exaggerated edition of how unwell our parents are feeling.

It could be just about anyone and parents often have the habit saying phrases like: “I’m dying”, “I don’t know how long I’ll last” and “this will be the end of me”. 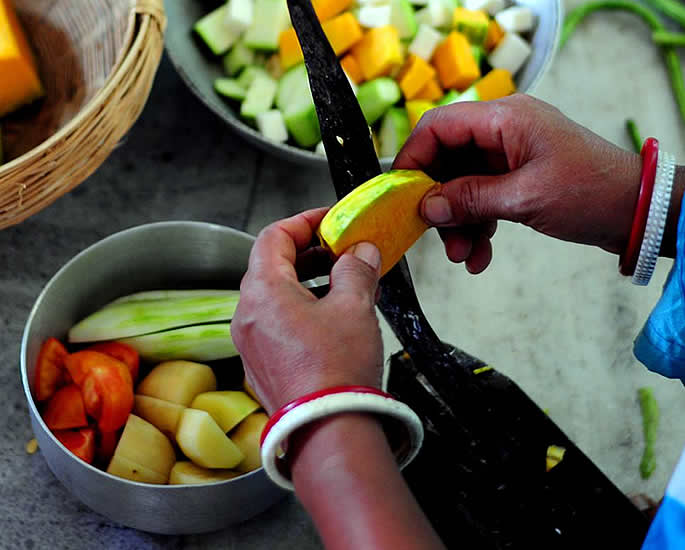 The dha which is also known as a boti, dao, dhatti or pirdai is an effective form of culinary equipment that looks like a large knife with two stands or on a base.

It is used to cut through anything with precision.

An appliance, Bangladesh born mothers cannot live without it and bring it out to use on all occasions when lots of cutting of onions, tomatoes, vegetables, fruits.

The dha is perfect when preparing large dishes.

It’s often used to slice and cut fish and meat too.

Sometimes it may mean taking the dha out in front of your non-Desi friend.

To any non-Desis, the dha looks like a dangerous weapon.

So, how do you explain to your worried friend what your mum uses it for?

The most embarrassing sight, which is also visually terrifying is when your mum and aunty try to bring a brand new dha from Bangladesh to the UK.

Imagine the long and dreaded conversation with UK customs trying to explain why they need the dha nicely before they end up losing their patience.

If there is one thing we know about any Desi parent is that they do not like to be told what to do and they always get their way in the end.

Parents who have grown up in the village and possibly were cared for by their grandparents and great aunts often have a lot of superstitious stories to tell.

While some may make a little sense, there is one we never got our head around and each time it makes us laugh like crazy.

Now, there is no telling where this started but many parents have been heard to tell their children the following:

Of course, these sayings originated somewhere in Bangladesh which shows why they love saying such phrases.

Next, Bangladeshi parents are totally afraid of all the things that will unfold in the night if a person walks out of the house wearing the colour red.

According to Bengali culture, especially in the city of Sylhet, people are obsessed with the paranormal and it scares them to their core.

Many parents believe that if a person leaves the house at night they will become possessed by a ghost.

Lastly, here’s how you catch that one sibling that’s been stealing your snacks. We have heard Bengali parent’s say ‘what have secretly eaten?’ to the person who starts hiccupping, and it is something old women use to say to others as a joke.

We think that these superstitions were put in place for people who didn’t adhere to following the rules, thus they needed to be scared. 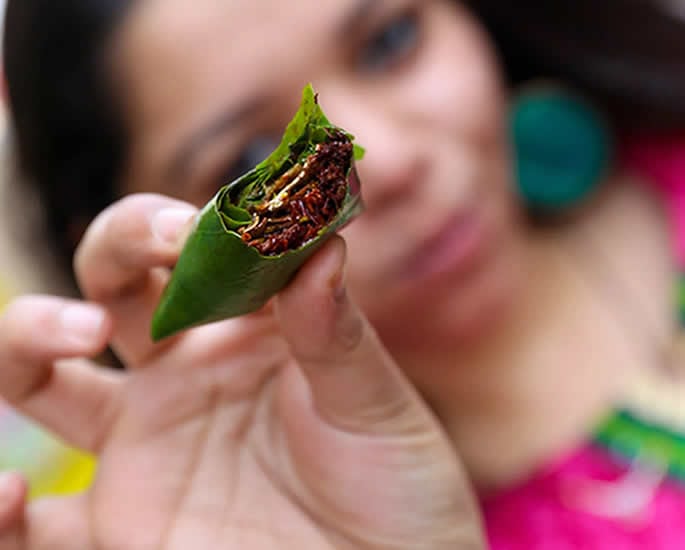 Paan is betel leaves and Gua is areca nut which parents like to eat after lunch, dinner or just when they are in the mood for it.

Most Bangladeshi parents eat it at home but some have a secret stash which they will carry with them on public transport.

You probably have seen a parent take out a paan and carefully place the Gua and tobacco on it, while Non-Desi’s curiously watch them.

The thing about Gua is, once you eat it, it becomes very noticeable as it makes your teeth very red. It also has a distinct smell which is not unpleasant and is strong.

However, that is not what makes paan and Gua embarrassing. Some parents discreetly dispose of what is left over with a handkerchief, but other parents can be seen just spitting out on the pavement.

Now, Desi passers-by or not, that can be a humiliating experience for the child, no matter how old but it is something some Bangladeshi parents have a habit of doing.

These are only a few of the things our loving Bangladeshi parents say or do and we hope we mentioned some of your favourites.

Maybe we picked up on something you had not noticed but we hope you enjoyed our list.

Now, anyone up for some paan and Gua?

Rez is a marketing graduate who loves to write crime fiction. A curious individual with a heart of lion. She has a passion for 19th-century sci-fi literature, superhero movies and comics. Her motto: “Never give up on your dreams.”
Pakistani Gang abducted and kept ‘Sarah’ as a Sex-Slave for 12 years
18th Asian Achievers Awards: Highlights and Winners